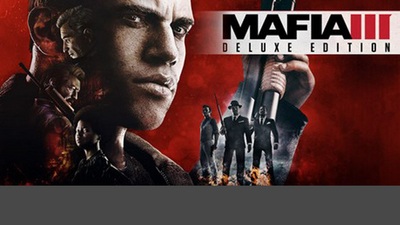 Uploaded: 20.05.2020
Content: text 17 symbols
Loyalty discount! If the total amount of your purchases from the seller SOFT-KLUB more than:
If you want to know your discount rate, please provide your email:


New edition of the cult series on everyday life of organized crime. For the first time, players will have a chance to create their own clan, subjugate the city and embody a grand plan of revenge.

The events of Mafia III take place in New Bordeaux in 1968. The protagonist of the game is Vietnam´s veteran Lincoln Clay. He returns from war to America, where no one is waiting for him to find his place in life. Soon Lincoln is nailed to a small gang - its members replaced his family, which he had not had since childhood. And things are supposedly getting better ... until the day when Clay´s comrades will pay with their lives by crossing the road of the Italian mafia. From now on, for Lincoln, only one thing matters - revenge. But to achieve this goal, he has to find the faithful people, completely change the balance of power in the underworld of New Bordeaux, and build his own empire.

GAME FEATURES:
- New Bordeaux - the virtual double of New Orleans in 1968. The way the vast and diverse open world, managed by the mafia and unscrupulous politicians, sounds and looks, its atmosphere and mood accurately reflect the spirit of the era.
- Antihero willy-nilly. An orphan and a Vietnam war veteran, Lincoln Clay challenges the Italian mafia to avenge the brutal murder of friends who have become real families for him.
- Ways of retribution. Choose your own style of play - go ahead, firing from all trunks, or apply deadly blows on the sly. Lincoln has at his disposal all of his army experience, as well as various information that he will gather during his fierce fight with the Italian mafia.
- From the ashes of old friendship a new family will be born. Create a criminal empire on your own. Decide for yourself who is worthy of reward, and who is death.

Instructions on how to activate the key on Steam: