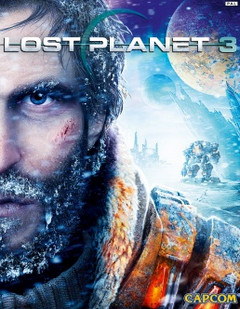 rewired information about the seller and his items
offlineAsk a question

Continued fi action Lost Planet reveals new details about the notorious terrifying planet E.D.N. III and the history of its colonization of people.
Extreme danger and thrills? Three times more than before!

The protagonist of Lost Planet 3 - pilot Jim left the ground to perform a very difficult and risky,
but very lucrative contract with the corporation "Neo-Venus Construction" (NEVEK) involved in the preparation of the planet for colonization.
Arriving at E.D.N. III, Jim joined the pioneers on the basis of Coronis and starts studying unexplored areas
samples and production of thermal energy - the most valuable resources necessary for survival in extreme conditions, harsh world.

The reserves of thermal energy owned NEVEKu, coming to an end, so that the fate of the mission colonists based Koronis
dependent on natural sources that they will be able to discover and learn.
Keenly aware that this is a great opportunity to disrupt large sum and even to secure an early return home to his family, Jim,
decided to challenge the inhospitable planet, and its original inhabitants - aggressive and bloodthirsty locusts.

- A new journey to the famous universe of Lost Planet - in the icy planet E.D.N. III,
which became a huge battleground for survival, the planet still more dangerous, volatile and unpredictable than ever before.

- In this story, you play the role of a superhero is not, as usual wage worker who dared to start
in confrontation with the hostile nature of the alien, and its aim is not to save the world, but simply to make good money, and go back to his family.

- You´ll have to learn to defend themselves from the terrible locusts and survive in the fierce ice storm mostly
using different economic futuristic construction equipment and tools, but you also have a weapon is.

- Battles using the technique - with a first-person shooting, during which the hero travels on foot - with a third person.

- The game is created on the Unreal Engine 3, which means that you will find a spectacular visuals and exciting and dynamic gameplay - believe me, will not have time to relax.

- Since the release of the first two parts of the series locusts become much more meaner and smarter,
so the fight against them is not easy - in every battle will have to use different tactics.

- Planet E.D.N. III still holds a lot of secrets, and looking for sources of thermal energy, Jim (and with it, of course, you are)
I learned a lot of interesting things about this amazing land.

- Enjoy multiplayer? For you to play a wide range of multiplayer modes - have fun
and improve combat skills in a fantasy world of Lost Planet.