Lords of The Fallen KEY/STEAM 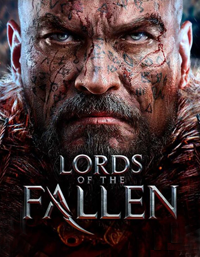 * In the times of the Ancient rules of the Universe God of pure evil, who enslaved humanity. As time went on and fear in the souls of men turned into rage, and rage was the cause of the Great Uprising, which started the battle for freedom. After the glorious victory that overthrew the throne of the Fallen God, humans established a new procedure... no one sin is not forgiven and redemption was unattainable.

* Now a Millennium later the world stood in fear, for rogalski demonic Legion returns from their dark dimension, driven by a vicious hunger and a hunger for new innocent souls. In desperation, mankind turns to absolutely hopeless defender - hardened sinner, rejected by society and Light to a man named Harkin. Now, along with his mentor, Kaslo, they must get to the source of Darkness, to do battle with the Lord of the Fallen.
Immerse yourself in a fast paced busy role-playing game with a sophisticated combat system where weapons, armor and skills directly affect the speed and attack of the enemy, and in the case where the last argument can crush your enemies using forbidden magic power.

➥ Take an epic hike on the human and demonic dimensions.
➥ Take on the mighty lords, generals of the army rogalski.
➥ Explore a huge fantasy world.
➥ Weigh every step, because all actions affect your destiny.
➥ Fight with legendary weapons and armor in allocates from a huge Arsenal of games.
➥ Choose your class: warrior, priest or thief and fully customize your character by yourself.

Related to item "Lords of The Fallen KEY/STEAM":