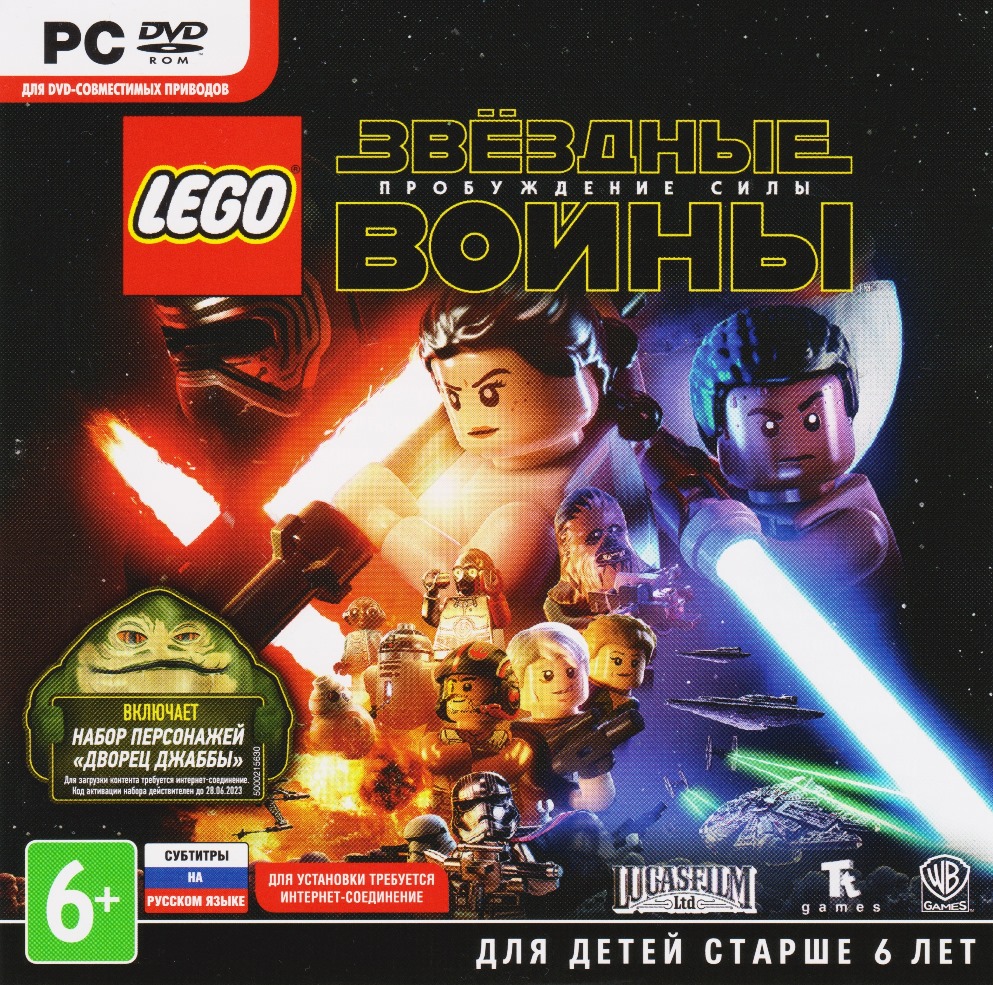 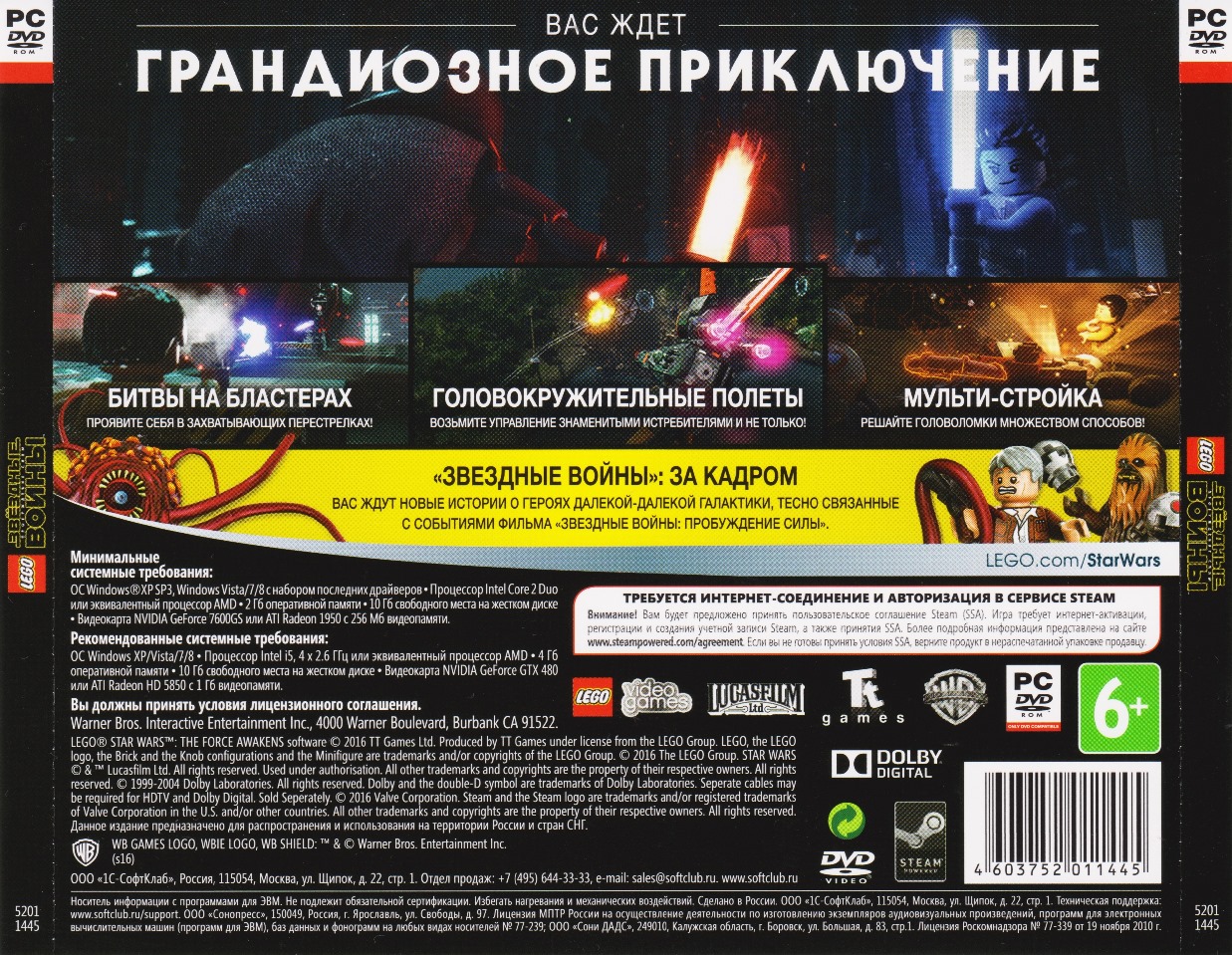 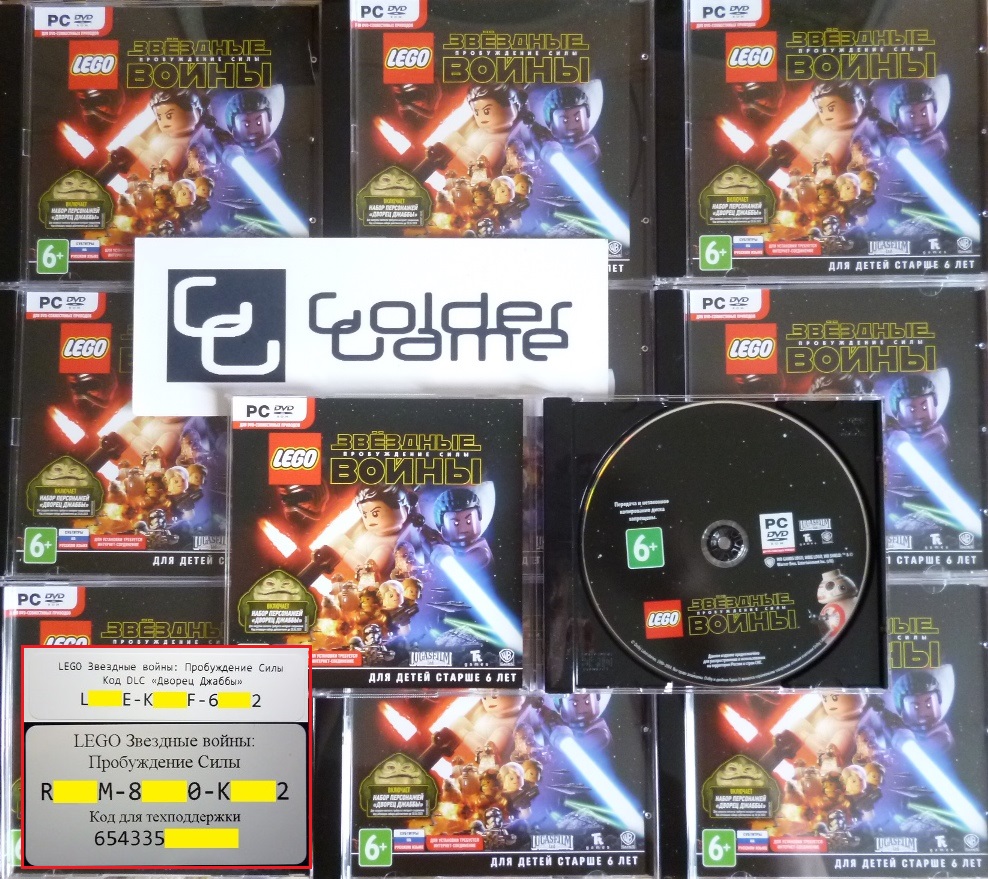 Uploaded: 27.06.2016
Content: P1550061.JPG 36,85 kB
Loyalty discount! If the total amount of your purchases from the seller GolderGame more than:
If you want to know your discount rate, please provide your email:

Paying this product you will get a license key activation PHOTOS from the game box "LEGO Star Wars: The Force Awakens", from the company "1C-SoftKlab" to activate the "Steam".
Key collection takes place automatically, immediately after the payment.


DESCRIPTION OF THE GAME "LEGO Star Wars: The Force Awakens":

Adventure game "the LEGO Star Wars: The Awakening forces" will visit Jacchia and the basis of "Starkiller", a closer look at Rei, Finn According Demeronom, Han Solo, Chewbacca, C-3PO and BB-8 encounter with Kyle Wren, general Hucks and captain Fazmoy.

In this exciting LEGO-adventure offers numerous new features, including a system Multi-Builds, allowing to choose the options desired construction. A meeting with the First Order will be quite memorable with the latest Blaster Battles battle system. High flying over the battlefield, space battles fighter, multiple modes of transport and, of course, the legendary "Millennium Falcon" - all this in the game "the LEGO Star Wars: The Awakening forces"!

• Battle of the blaster! For the first time in the LEGO series, you will be able to hide behind cover to strike back at the right time.
• Multi-building! Improved multi-building system will allow you to choose what you want to collect to solve puzzles in order to advance further in the game. For the first time the same pile of LEGO bricks can be used several times.
• Breathtaking flights! High-speed dynamic flight will not leave anyone indifferent. At the helm of famous ships (including "Millennium Falcon") you will be able to demonstrate their flying skills, fighting at high speed in a confined space, and in the grand space battles.