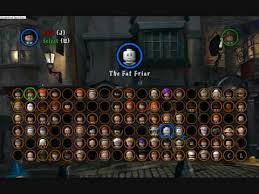 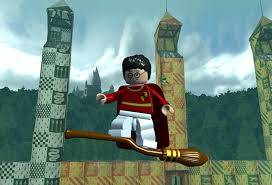 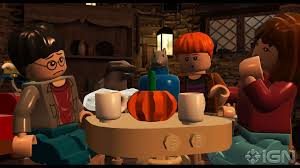 After payment you get a link on which you can get the license key of the game LEGO Harry Potter: Years 1-4 from the official supplier - the company "Buka", for activation in the STEAM system.

Did you receive a letter from Hogwarts? The arcade game "LEGO Harry Potter: Years 1-4" will correct this misunderstanding.
American developers from Traveler´s Tales are sure that everyone has a magical ability who believes in miracles and loves kind fairy tales. Therefore, in 2010 the well-known studio together with the world publisher Warner Bros released a bright and interesting project based on the first four books by Joanne Rowling about the adventures of Harry Potter.

Buy the game "LEGO Harry Potter: Years 1-4" and get to the school of magic in our online store.

The wizard boy and his faithful friends will have to get acquainted with the fascinating world of potions and spells. You will observe their development from the very beginning - from the house number 4 on the Privet Road to the Tournament of Three Wizards with its intricate labyrinths. Find new friends, fight with the dangerous forces of evil and do not let the Dark Lord seize power over the peaceful inhabitants of the magical world.

Key features of the game "LEGO Harry Potter: Years 1-4":
Characters. In addition to the "Golden Trio" Harry, Ron and Hermione, you can play for secondary characters: for example, for the staircase Hagrid, nurse Madam Pomfrey, director Albus Dumbledore or the Death Eaters. Most of them have unique abilities and help in passing the levels.
Graphic arts. Find the scenery of famous movies: fly over the Quidditch field, shake hands with the magicians in the Leaky Cauldron, overcome your fears in the Forbidden Forest and inspect all the walls of Hogwarts to find all the secrets of the mysterious castle.
Bosses. You will face a fight with spiders, dementors, Death Eaters, Lord Voldemort and school textbooks. It is not known which enemy is more terrible: the school year is full of dangers in every lecture!
Potions and spells. You are a magician, which means you must master the magic wand perfectly and be able to mix the frog ears with the tears of unicorns. Each new skill will move to the next stage of the game.
Attention! This game is activated in the territories of the following countries: Armenia, Azerbaijan, Belarus, Georgia, Kazakhstan, Kyrgyzstan, Moldova, Russian Federation, Turkmenistan, Tajikistan, Ukraine and Uzbekistan.