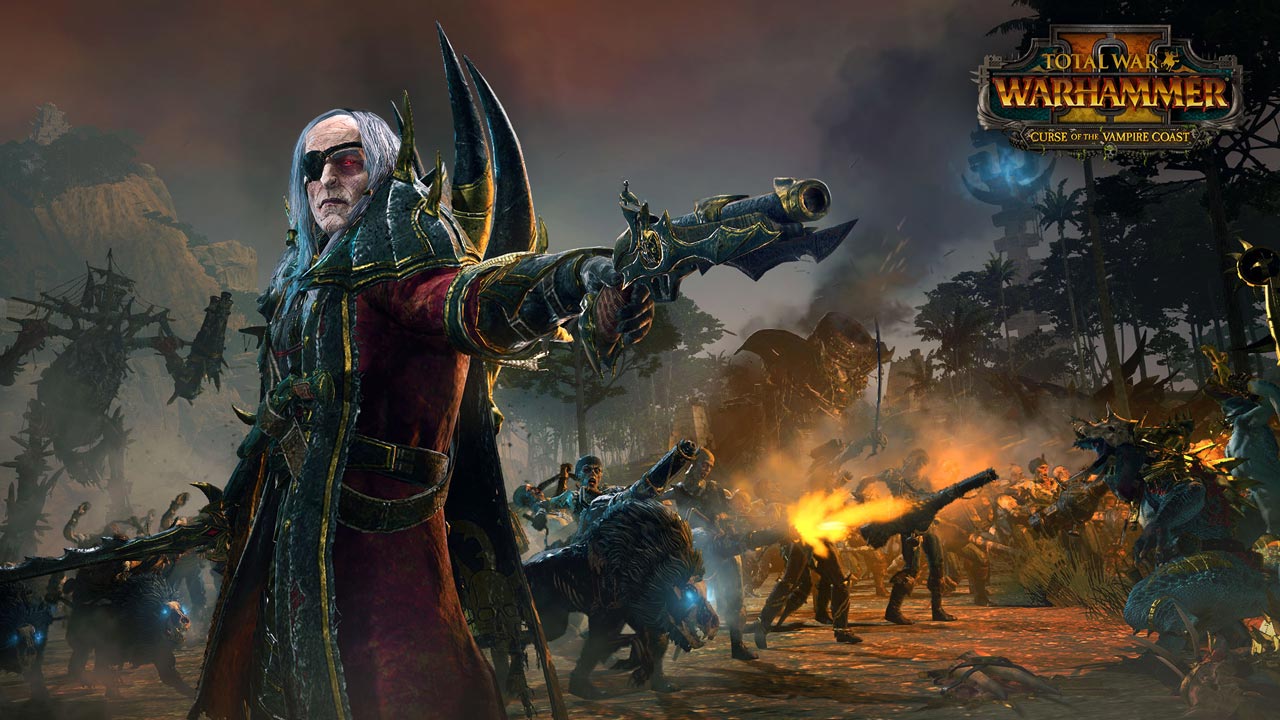 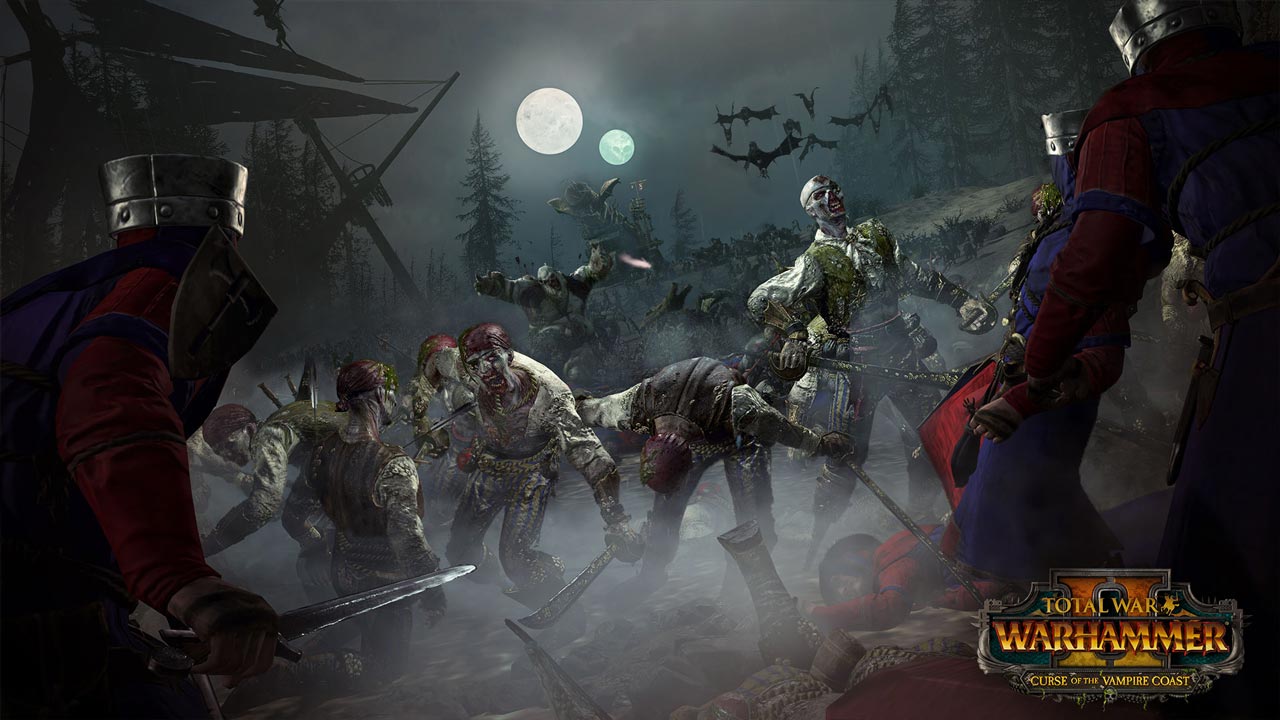 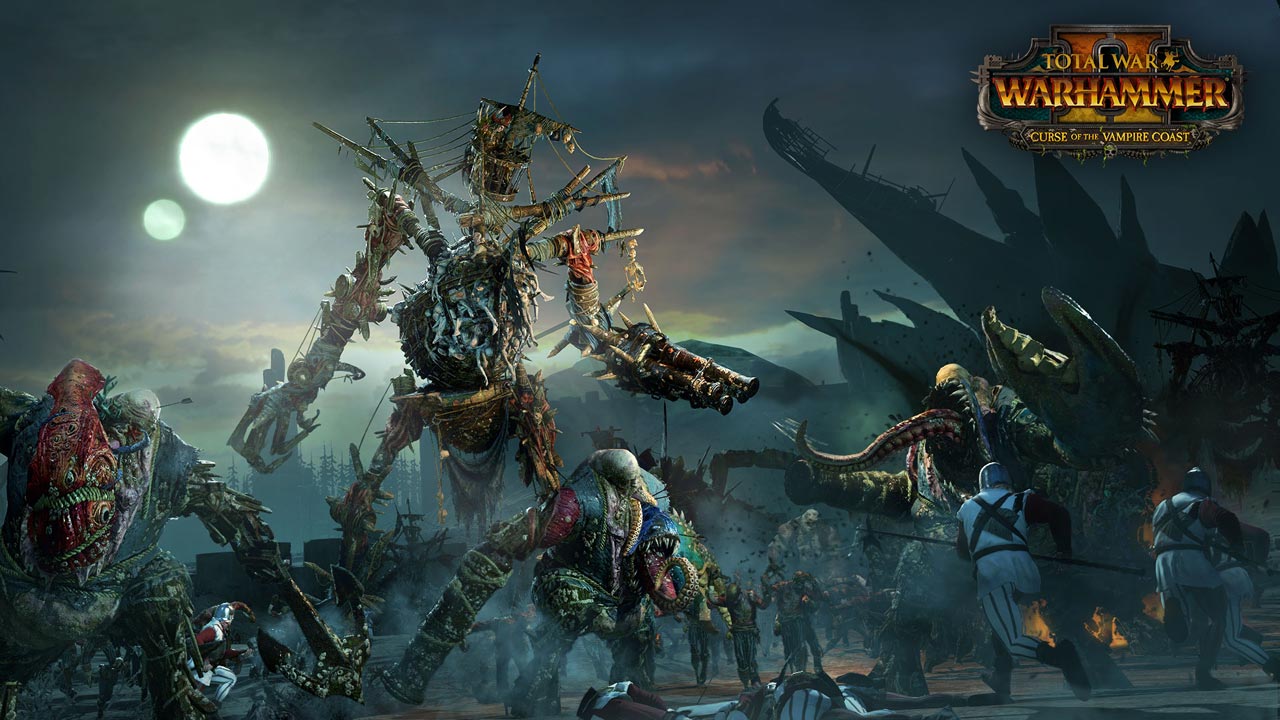 
DESCRIPTION:
In Lustria, night falls. You are standing on the pier, peering into the thickening fog. Listen! The jungle behind you is quiet, and a strange, splashing sound comes out, as if a rotten rigging is splashing on a moldy mast. The sound becomes louder, and soon a growl of dried sips is added to it, displaying either a sailor´s or a funeral song. The noses of monstrous ships emerge from the darkness, and you understand that stinking winds have brought rotting ships of the Vampire Coast to your harbor! Run. Run as fast as you can! For holding this power is impossible.

KEY FEATURES:
• 4 new legendary lords - lords of the undead
• New School of Magic: "The Wisdom of the Deep"
• New campaign mechanics system in the campaign
• Unique upgradeable ships for each legendary lord
• Eight new famous units
• A unique technology tree that unlocks the four new Lords of the Vampire Coast
• A system of naval posts that allows the promotion of undead admirals
• New units: lead into battle the nightmarish creatures of the ocean, underwater creatures with huge claws, ghostly monsters and hordes of zombie pirates armed with muskets
• In the campaigns "Center of the Whirlwind" and "Mortal Empire" are available new factions of the Vampire Coast. However, they do not participate in the struggle for the Great Whirlwind: they have their own goals and objectives ...

RU! The Witcher 3: Wild Hunt - Game of the Year Edition

✅ The BioWare Bundle XBOX ONE Key 🔑