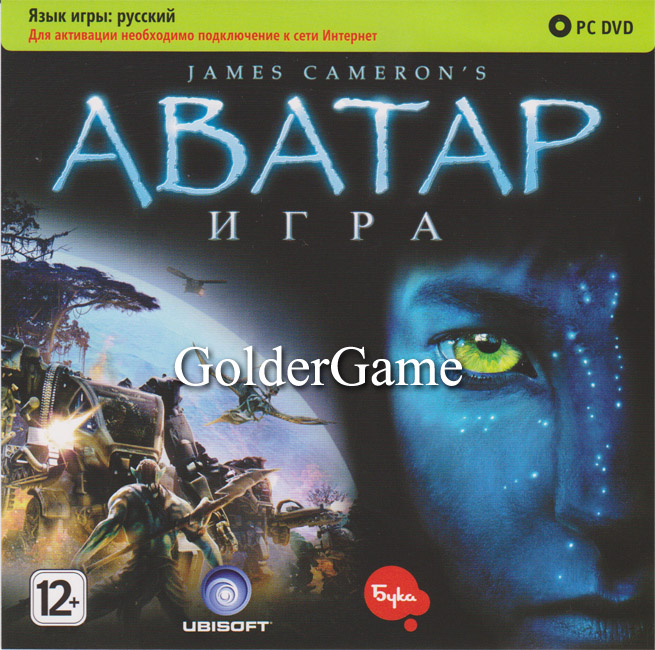 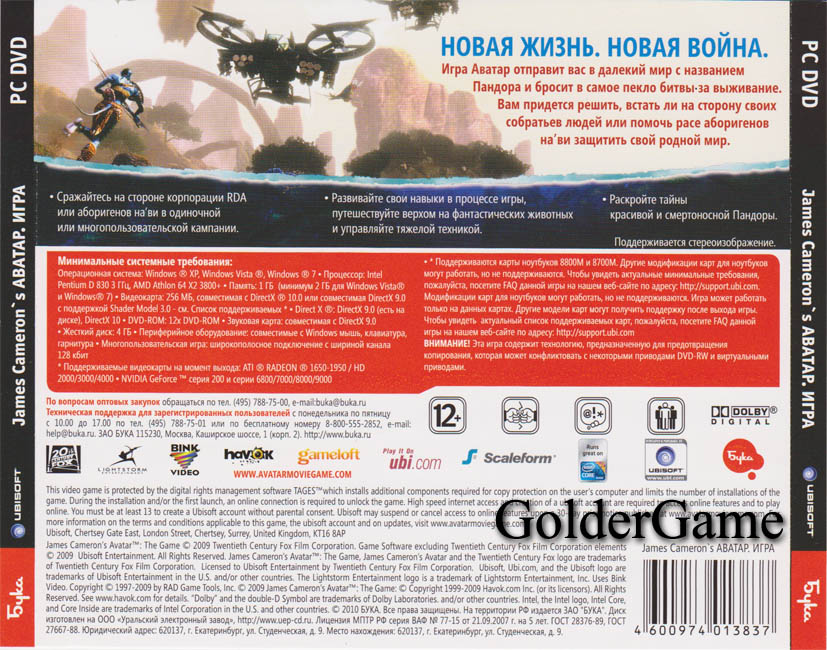 Instant delivery!
The license key activation of the box with the game AVATAR from "Buka".

English support available ONLY in our SKYPE. Please write any short feedback after CD-KEY purchasing. Thank you!

Game Avatar will send you to the distant world of Pandora and thrown into the thick of the battle for survival. Now you have to decide whether to stand on the side of their fellow humans or help the indigenous Na'vi defend the inhabitants of his home world.

Unlike most of the projects created in the film, Avatar project created with the participation of film director James Cameron (author of the film "The Terminator," "Titanic" and others.). It has a separate story, which tells you about the history of the conflict described later in the film. In addition the project was developed 2 years, instead of 8 months. And unlike games that use the model of the films of the game James Cameron's Avatar: The Game took the character models for the film. All of this suggests the enormous effort put into the project and it's really quality performance.

Select the side that will fight: ARP indigenous Na'vi or corporation. In a single company, or to join the battle in multiplayer.
Saddle animals manage huge machines and acquire new skills, with each turn of history, you can improve your performance.
Learn more about the beautiful and deadly Pandora.

Note: The key can not be activated in the Steam!