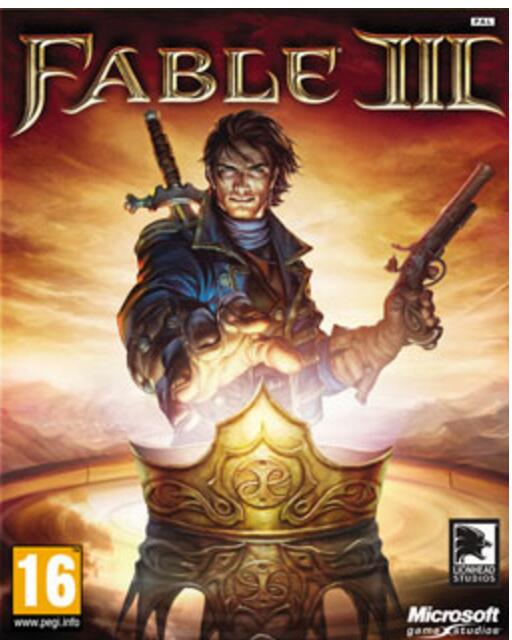 Fable III is set 50 years after the events of Fable II. The game is set on the fictional continent of Albion, which is entering the age of industry. The Hero of Bowerstone (the player character of Fable II) and ruler of Albion has died and left the Kingdom to their eldest son, Logan, the player´s older brother. Some NPCs allude to how Logan has "changed" in the last four years of his rule, becoming excessively tyrannical. The player begins the game investigating rumours that Logan had a citizen of Albion executed, causing a group of citizens to protest. After the player character intervenes, Logan presents the player with the first of the game´s numerous moral choices. The player is tasked with deciding whether the group of protesters are executed, or whether the player´s love-interest is executed instead. Following the decision, the player escapes Logan´s castle along with their mentor, Sir Walter Beck, and their butler, Jasper.

The player then, with the guidance of Theresa, the enigmatic Seeress of the Spire and distant and ancient relative of the Hero player, starts to gather allies to aid in a revolution against the tyrannical King Logan. The allies they gain include Sabine, the leader of the "Dwellers", a nomadic community that lives in the mountains; Major Swift and Ben Finn, soldiers from the Royal Army in command of a remote fort; Page, the leader of the "Bowerstone Resistance"; and Kalin, the leader of Aurora, a desert land across the ocean. During the course of the story the player will be asked by allies for a promise, usually involving righting the wrongs done to them by King Logan´s rule once the player has gained control over the kingdom. When attempting to gain the support of Kalin, the hero learns that a creature called the Crawler and the forces of the Darkness, which have already devastated Aurora, intend to exterminate all life in the Kingdom of Albion. It is revealed that Logan´s reason for treating his people so harshly is to raise funds for Albion´s military to defend against the impending Crawler invasion.

The player then leads a coup d´état and becomes the next Monarch. As ruler the player is presented with numerous choices whether to keep the promises made to those who aided in the revolution, at great expense to the treasury, or betray those promises in order to raise money for the defense of Albion through industrialization and use of natural resources against the rapidly approaching Crawler invasion. The player is then given a limited amount of time to make choices and come up with enough money to fund the defence. The choices made help decide the hero´s fate as a good or evil ruler. The player can also utilize the treasury money for personal purposes, or transfer personal money from the player´s own supply to the treasury. Keeping and breaking promises has a tangible impact on future gameplay which are permanent.

The player requires 6,500,000 gold in the treasury at the time of the Crawler attack in order to be able to fully fund the defense of the entire kingdom and thus minimize civilian casualties. With no money in the treasury and thus no army to defend Albion, the civilian casualties inflicted by the Crawler´s attack amount to 6,500,000. If this happens, the world will be largely absent of civilians upon completion of the main quest. The player is then, as a ruler, presented with two choices: "good" and "evil" choices.

If the player chooses to be a "good" ruler, the treas
Additional information

To install the game you need:

1. Download, install and run Steam: http://steampowered.com/download/SteamInstall.msi
2. Register an account Steam.
3. Open the tab "My Games" from the top menu, at the bottom click "Activate via Steam ..."
4. You will be asked to enter the product code, enter the key purchased from us.
4. Prepare the installation process (download)
5. Play.

<Delivery> This product is distributed

To install the game you need:

1. Download, install and run Steam: http://steampowered.com/download/SteamInstall.msi
2. Register an account Steam.
3. Open the tab "My Games" from the top menu, at the bottom click "Activate via Steam ..."
4. You will be asked to enter the product code, enter the key purchased from us.
4. Prepare the installation process (download)
5. Play.