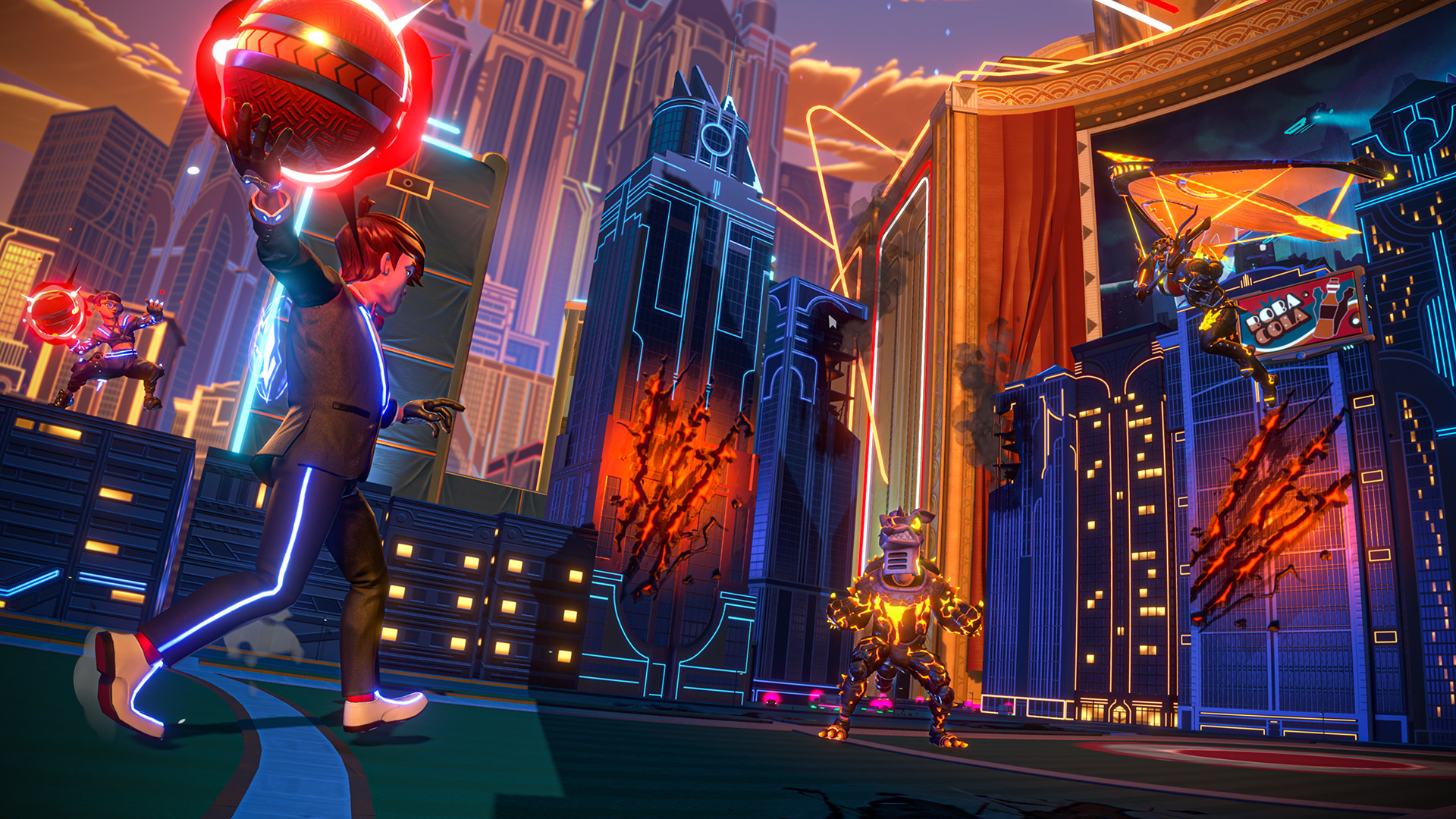 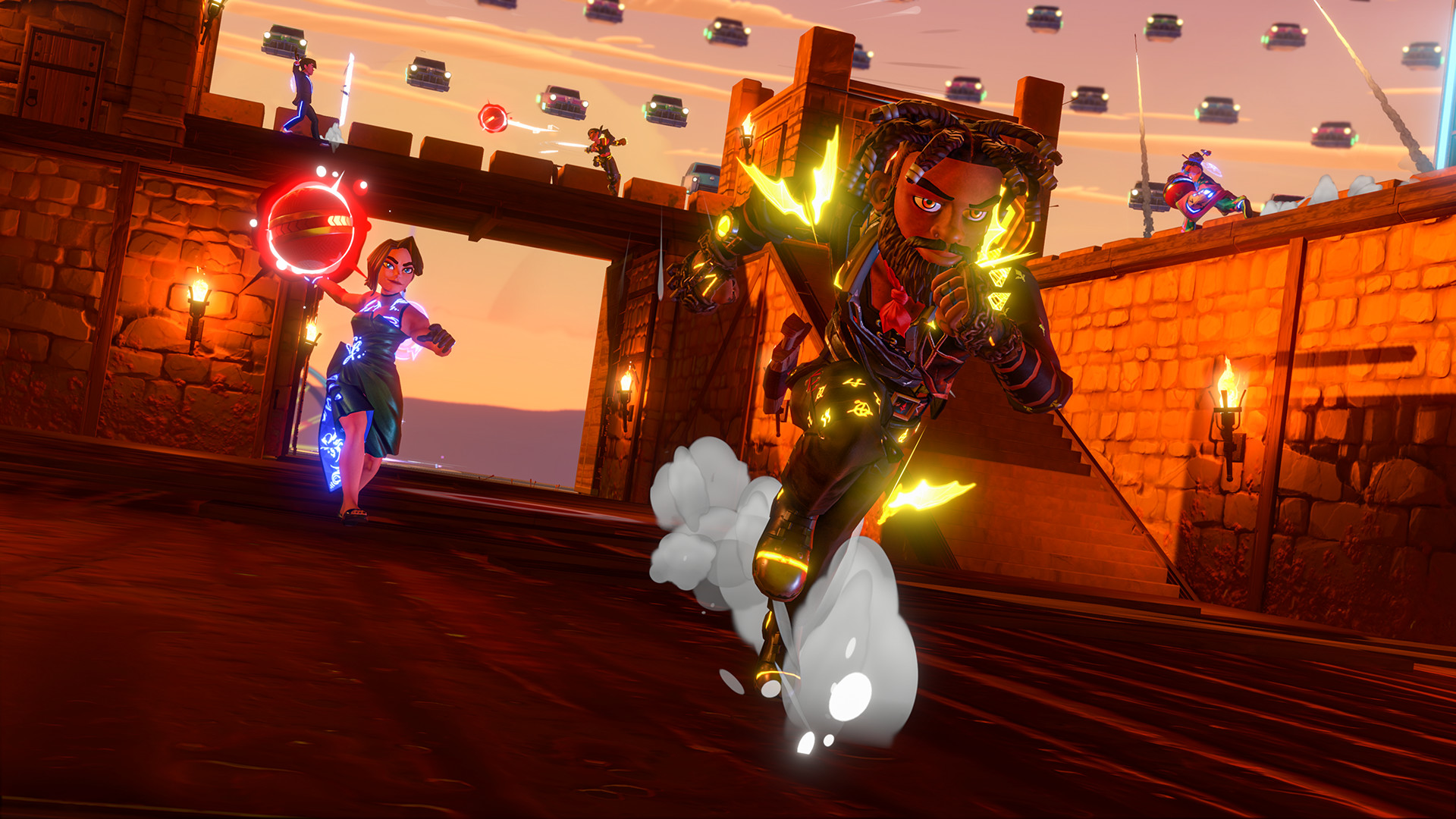 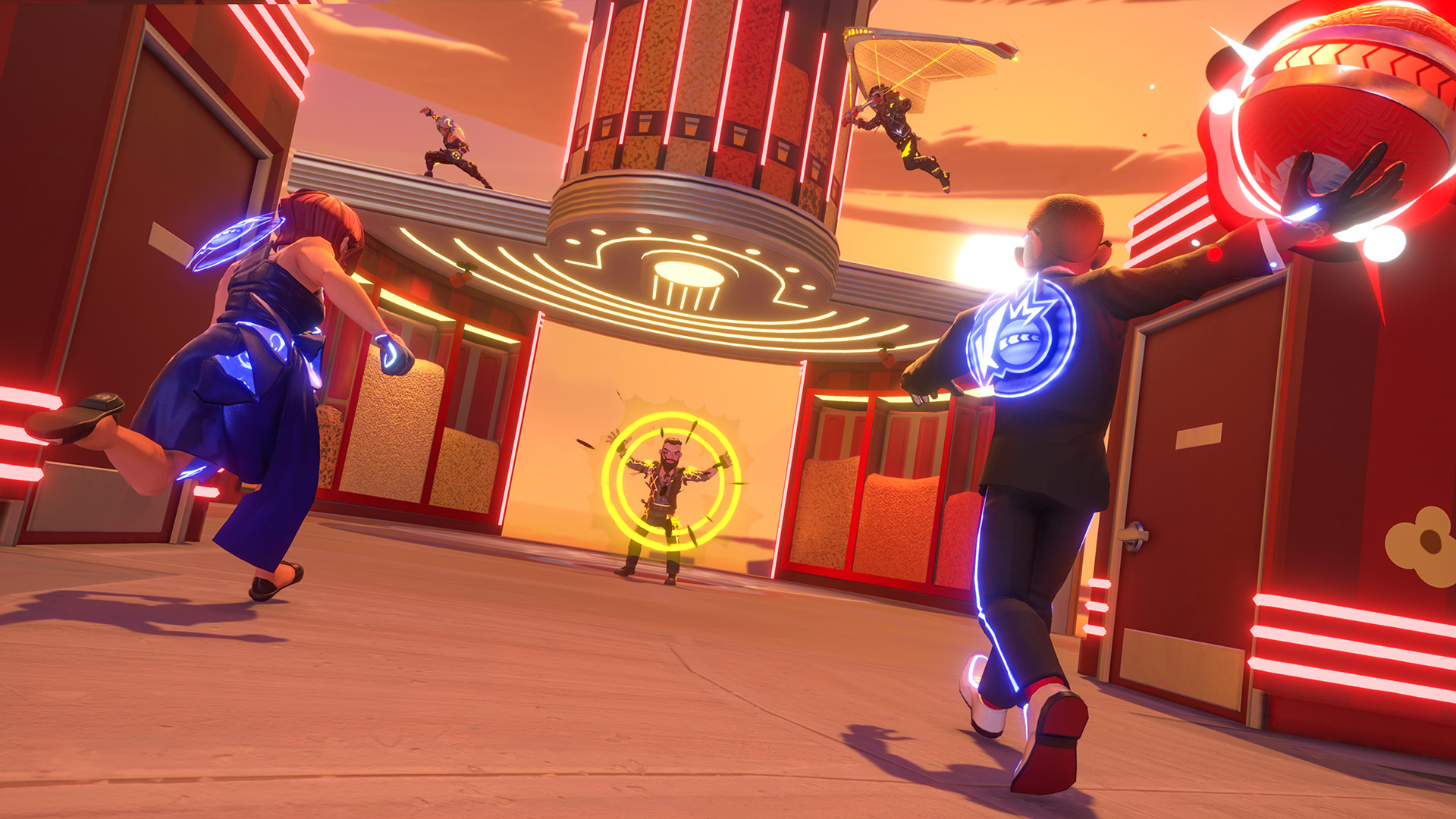 Uploaded: 19.09.2021
Content: text 24 symbols
Loyalty discount! If the total amount of your purchases from the seller kostet624 more than:
If you want to know your discount rate, please provide your email:

For all the bouncers, today you have the opportunity to join us in a free tier-limited Knockout City ™ trial *.
Build your own team and squabble with other players in Knockout City ** fighting in truly epic dodgeball matches. A completely new type of multiplayer team game awaits you, teeming with wild fun and intense rivalry.
Customize your character and assemble a team of friends to begin your journey to glory in Knockout City. Knock out opponents with the help of cunning throws and team actions, dodging balls flying all over the map or intercepting them. Don´t you have a ball? It´s not a problem! You can literally curl up into a ball and jump into the arms of a comrade, becoming the ultimate weapon.
A variety of exotic balls, courts and game modes will make your matches even more exciting. And that´s not all: with each season, new cards, ball types, rewards, events and challenges will appear in the game! Throw, catch, pass, dodge and intercept non-stop to become the ultimate bouncer champion!

⭐ KEY FEATURES:
✔️ Furious dynamics meets fun: Fight for power over the city in lightning fast multiplayer matches with mind-blowing bouncer mechanics. Power up your attacks with passes that make the balls more powerful, throw special balls of different types at your opponents, or roll into a ball yourself, becoming an additional throwing projectile for your teammates.
✔️ Own Team: Build an all-star roster of professional bouncers by teaming up with friends to compete in multiplayer matches that can be played across multiple platforms without any hassle. Kick out opposing teams in 3v3 and 4v4 matches, or play every man for himself. Use passes, tricky shots and co-op strategy to win and earn unique rewards only available to teams.
✔️ Define your style: Show everyone the status and personality of your character and team using the editor with many settings. You can personalize your appearance, equipment and character by customizing a variety of elements - from physique and hairstyle to individual gliders and team techniques, as well as animations for victory, defeat and taunts.
✔️ Conquer Knockout City: fight other teams on dynamic maps located in different parts of the city. Thanks to the unique features of the maps, each match on them will become extremely intense and completely unpredictable. Play as a bouncer in dark alleys and pneumatic pipes, on the rooftops of skyscrapers, on busy streets, on construction sites, and even in a burger shop! When dodging balls, you will also have to avoid cars rushing at full speed, roof edges and even a couple of battering rams to demolish buildings!
✔️ Striking newness with familiar elements: The familiar controls make it easy to get started, but you can only become a champion with regular practice. In matches, everyone is on an equal footing, and only the most skillful players will be able to stand out from the crowd. Use this knowledge to learn all the intricacies of the game and learn how to make especially effective knocks.