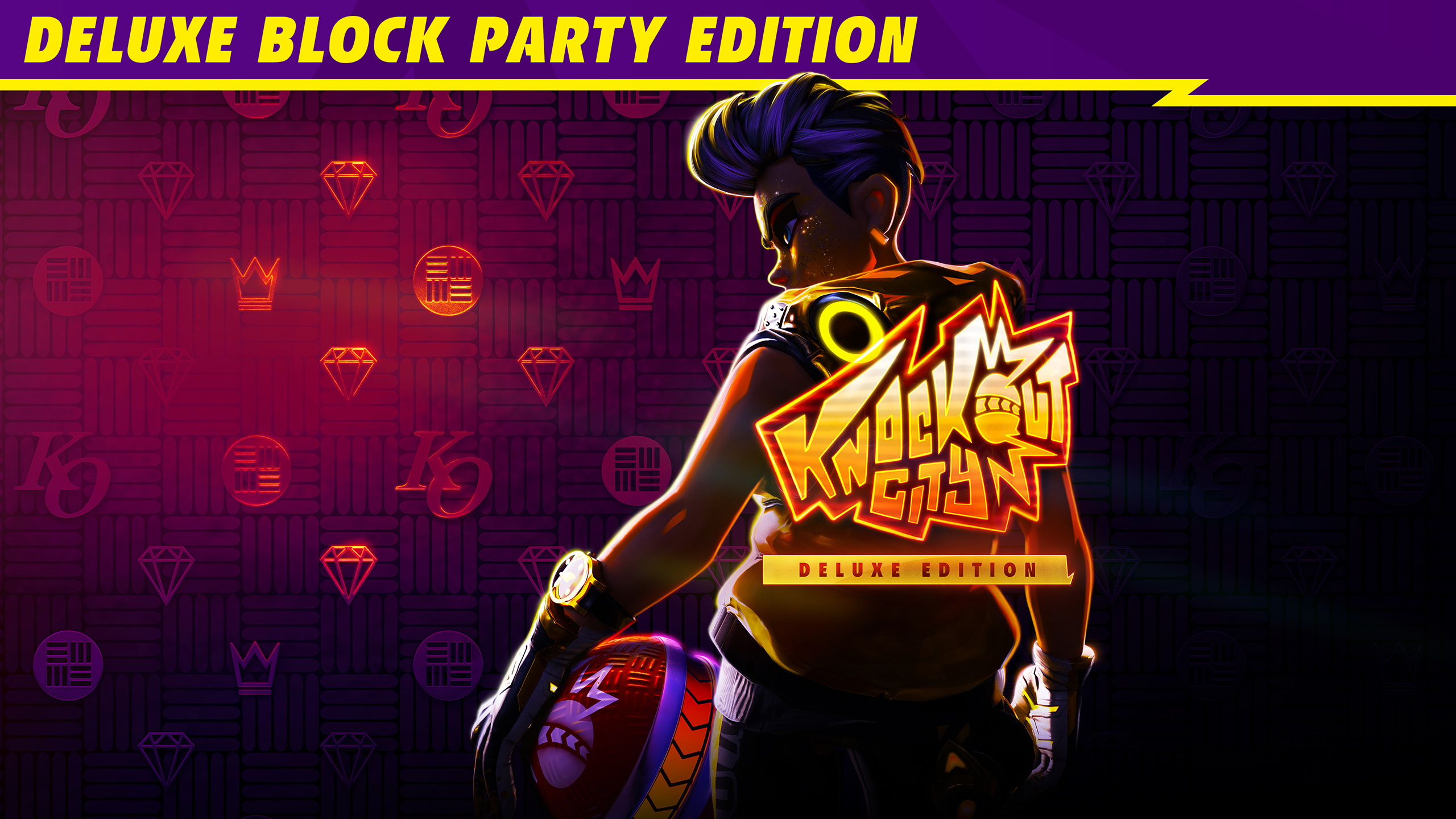 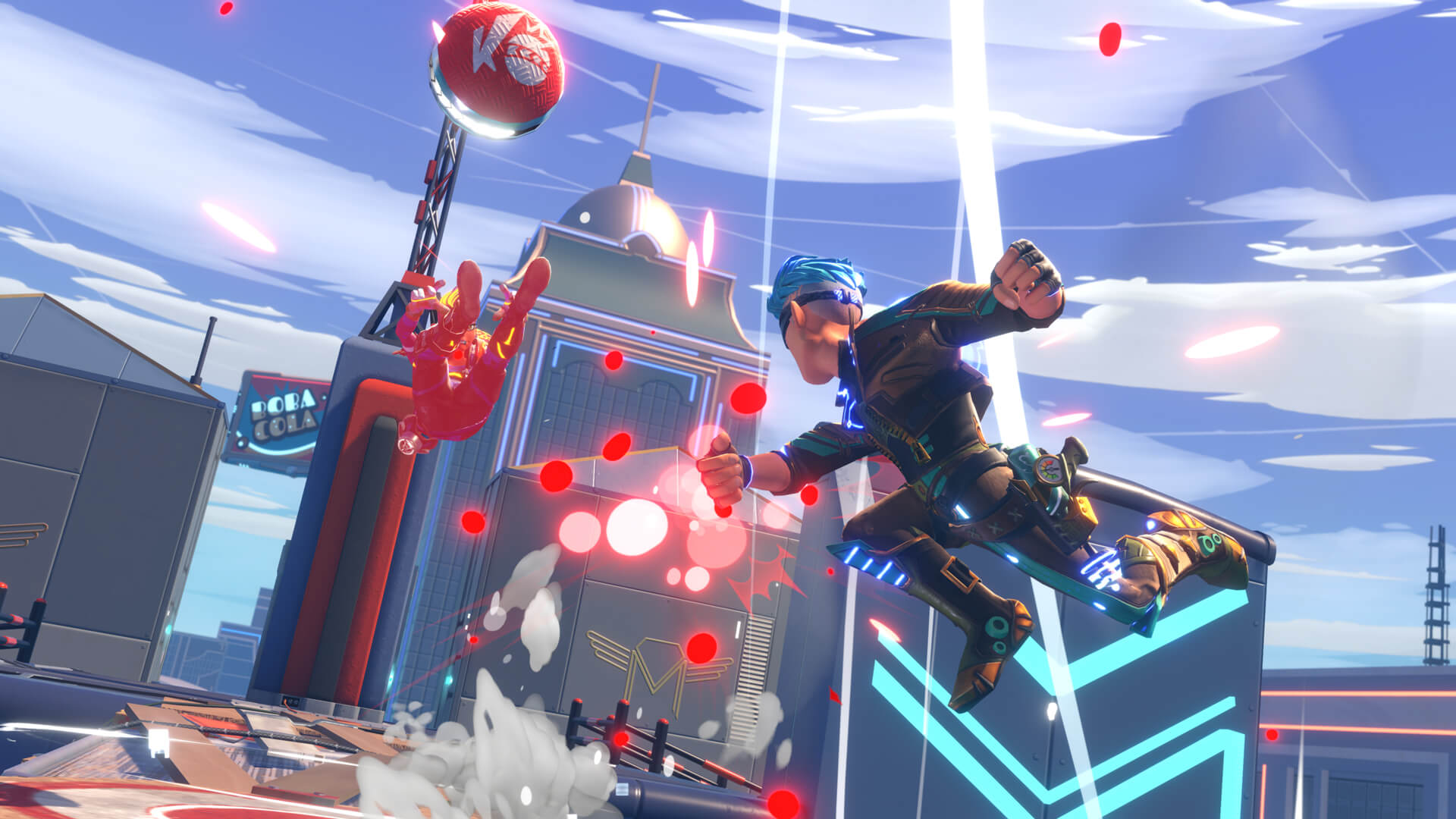 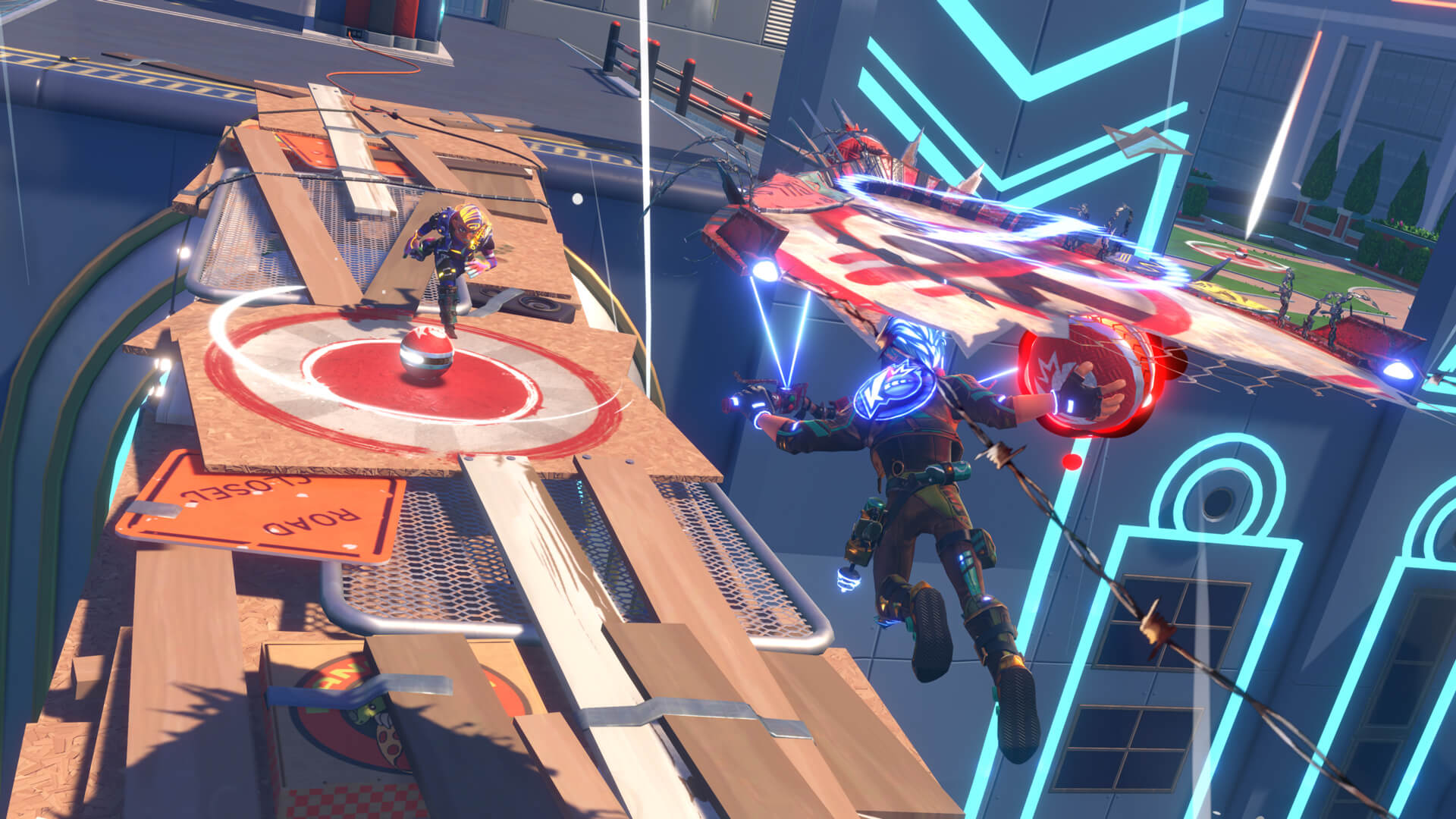 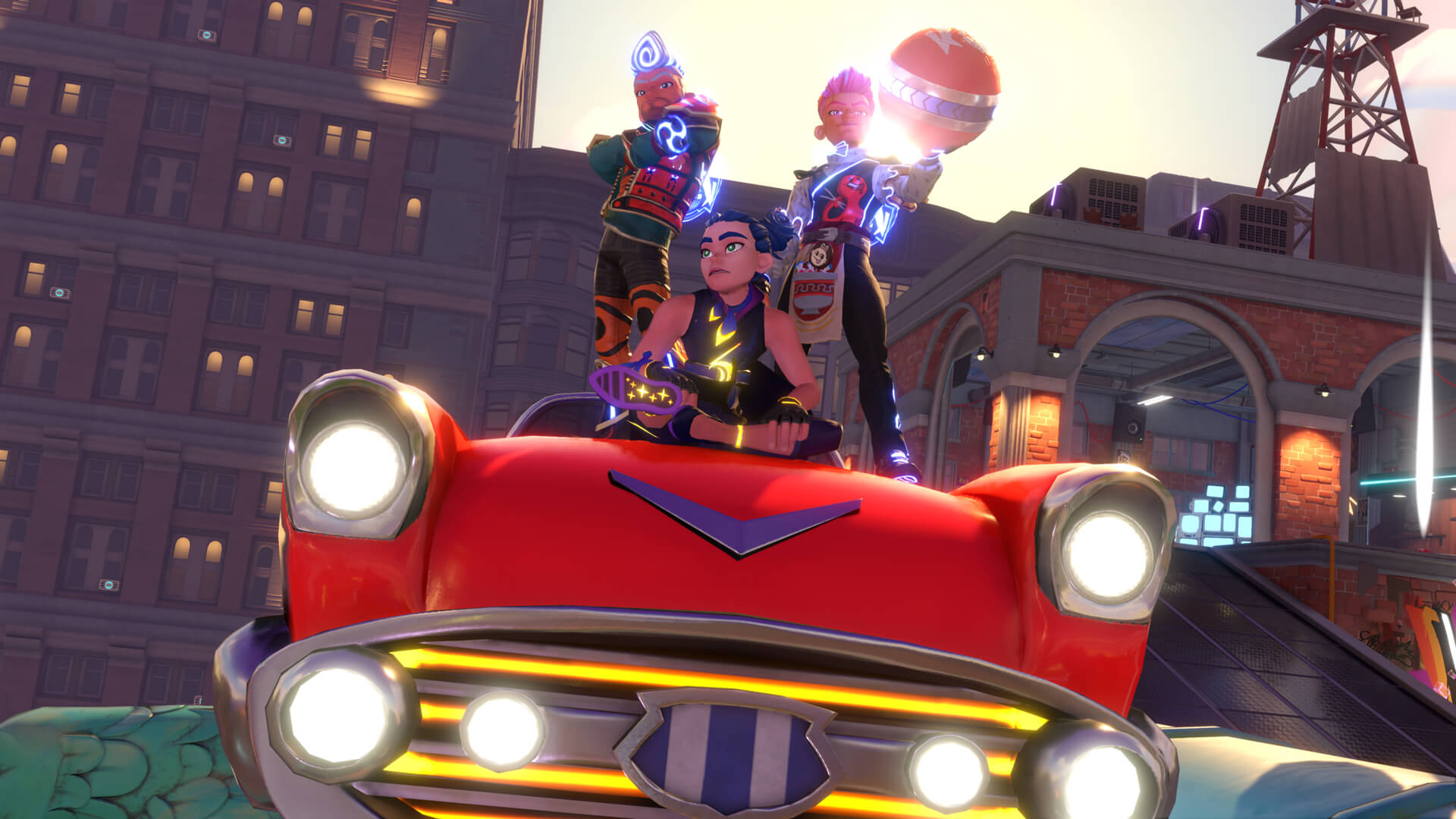 Uploaded: 31.05.2021
Content: text 17 symbols
Loyalty discount! If the total amount of your purchases from the seller kostet624 more than:
If you want to know your discount rate, please provide your email:

⭐ Knockout City™ Deluxe Block Party Edition
⭐ Deluxe Block Party Exclusives
• 2 Epic Outfits: Cyber Spike, High Fidelity
• 1 Epic Hairstyle: Locked Horns
• 1 Epic Glasses: LED the Way
• 1 Epic Glider: Mach 1
• 1 Epic Intro Pose: Calling in Reinforcements
• 1 Epic KO Effect: By the Horns
• 1 Epic Crew Vehicle: Convertible — Black and Gold
• 3 Epic Player Icons: Bomb Ball, Pixel-Dillo, Noodles Gone Bad
• 3 Epic Crew Logos: Ninja Strike, Record Scratched, Crazy Eye
• 3 Epic Crew Banners: High-End, Kintsugi, Strata
• 1500 Holobux**
⭐ Season 1 Content
In Season 1, take the fight to Jukebox Junction and complete Crew contracts to access new cosmetics, or rank up in League Play to show the town who’s boss.
⭐ Frantic and Fun
Rule the city through lightning-fast multiplayer matches featuring mind-blowing dodgeball mechanics. Increase your attack by passing to power up dodgeballs, targeting your opponents with a variety of specialized balls, or “balling up” at any time to get thrown by teammates!
⭐ Crew Up
Assemble an All-Star dodgeball Crew up with your friends for multiplayer matches in a seamless cross-play experience! Together, knock out opponents in 3v3, 4v4, or free-for-all matches. Pass, throw, and strategize to dominate as a team and unlock distinctive, Crew-only rewards!
⭐ Define Your Style
Show off your status and unique look through character and Crew designs with expansive character creation options. Customize your appearance, gear, and attitude, from body type and hairstyle to a custom glider and Crew vehicle to win, lose, and taunt animations.
⭐ Take On Knockout City
Battle it out with other Crews across dynamic maps all over the city. Each map’s special features make every match an intense, unexpected experience. Dodgeball thrives in back alleys with pneumatic tubes, on skyscraper rooftops, across busy streets—and even at the local burger joint and construction sites. While you’re dodging dodgeballs, watch out for moving cars, rooftop drops, and even a wrecking ball or two.
⭐ Strikingly Fresh Yet Familiar
It’s easy to pick up and play thanks to familiar controls, but practice is key to becoming a champion. On a level playing field, only the most skilled ballers stand out from the crowd. Use your knowledge to master the intricacies of the game for spectacular KOs.