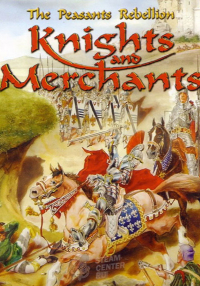 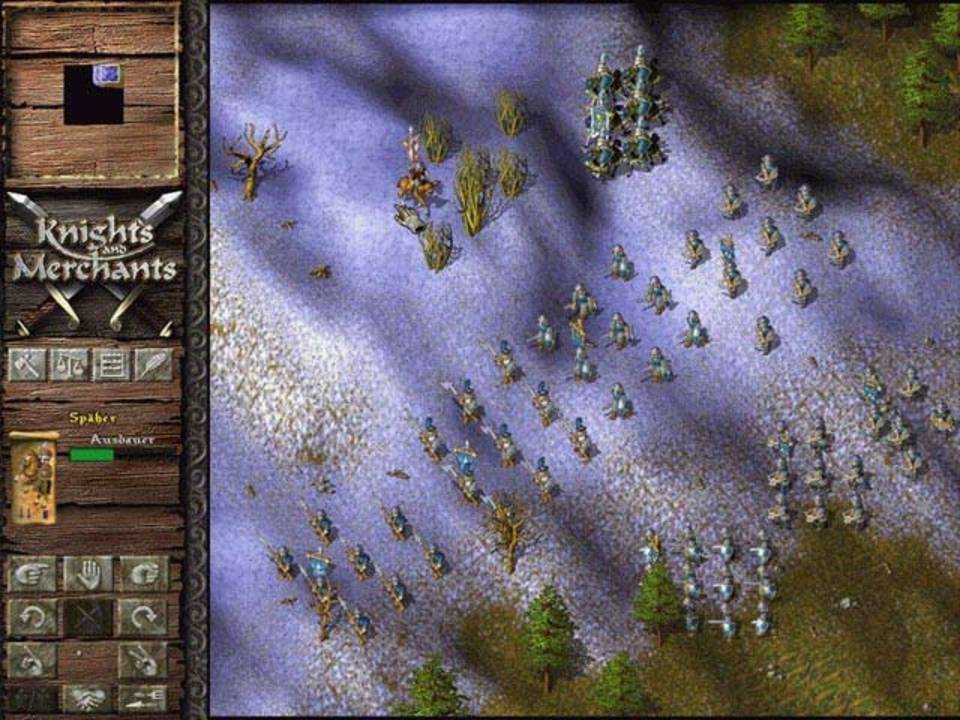 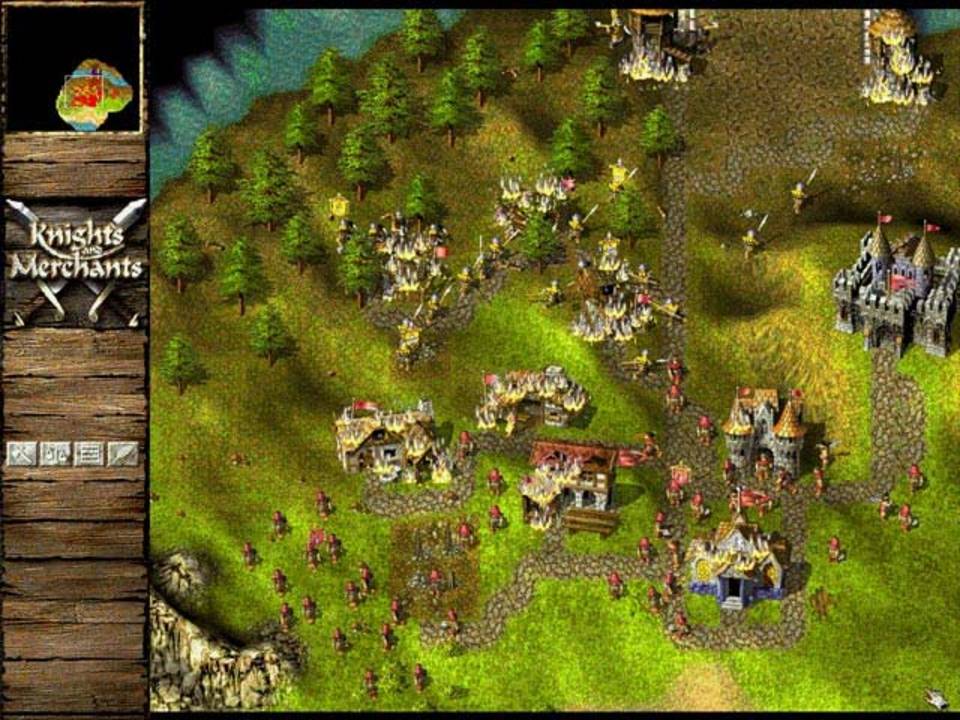 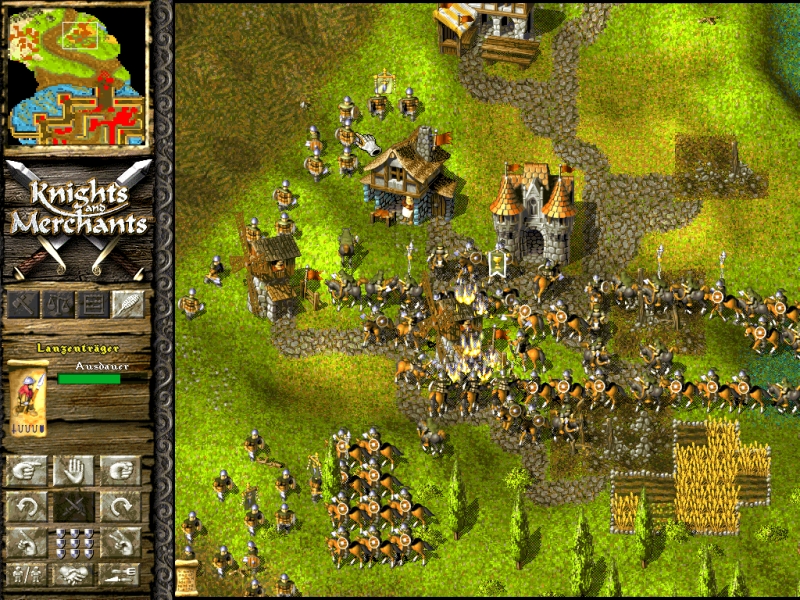 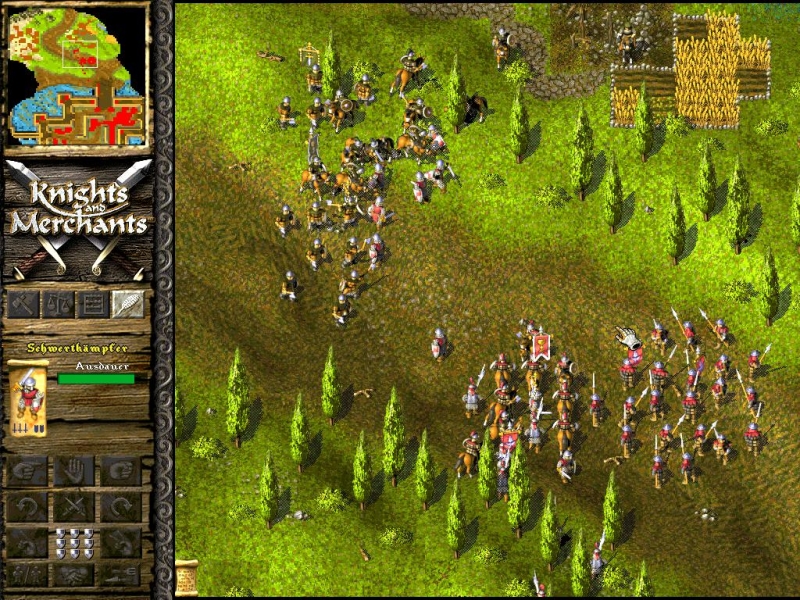 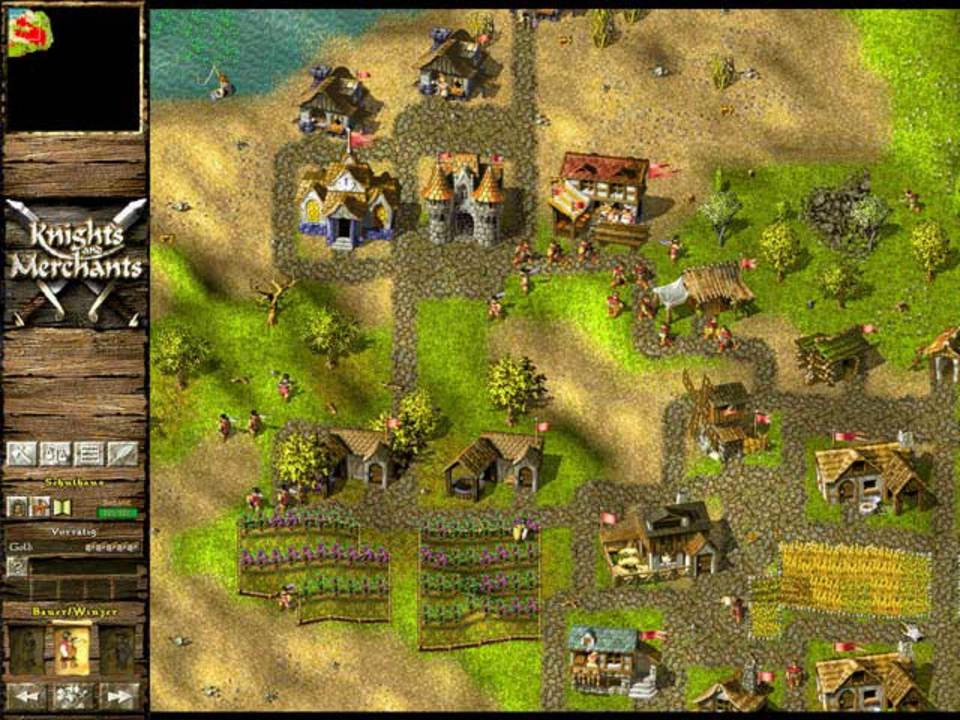 The game KNIGHTS AND MERCHANTS recreates the Middle Ages. With the exception of completely contrived geography, all game elements are based on the Anglo-Saxon period of the 12th century AD. And no fantastic monsters or mysticism.
The player acts as an ordinary captain of the palace guard. A conspiracy against the king throws the captain into a situation in which he becomes responsible for the defense of the last royal province. This is all that survived from the split kingdom, which scattered into many principalities and feuds. And now the king himself, hiding in his capital, is in danger emanating from enemy armies. Such is the starting position of this medieval adventure. And now you have to win back all the provinces that previously belonged to your king.