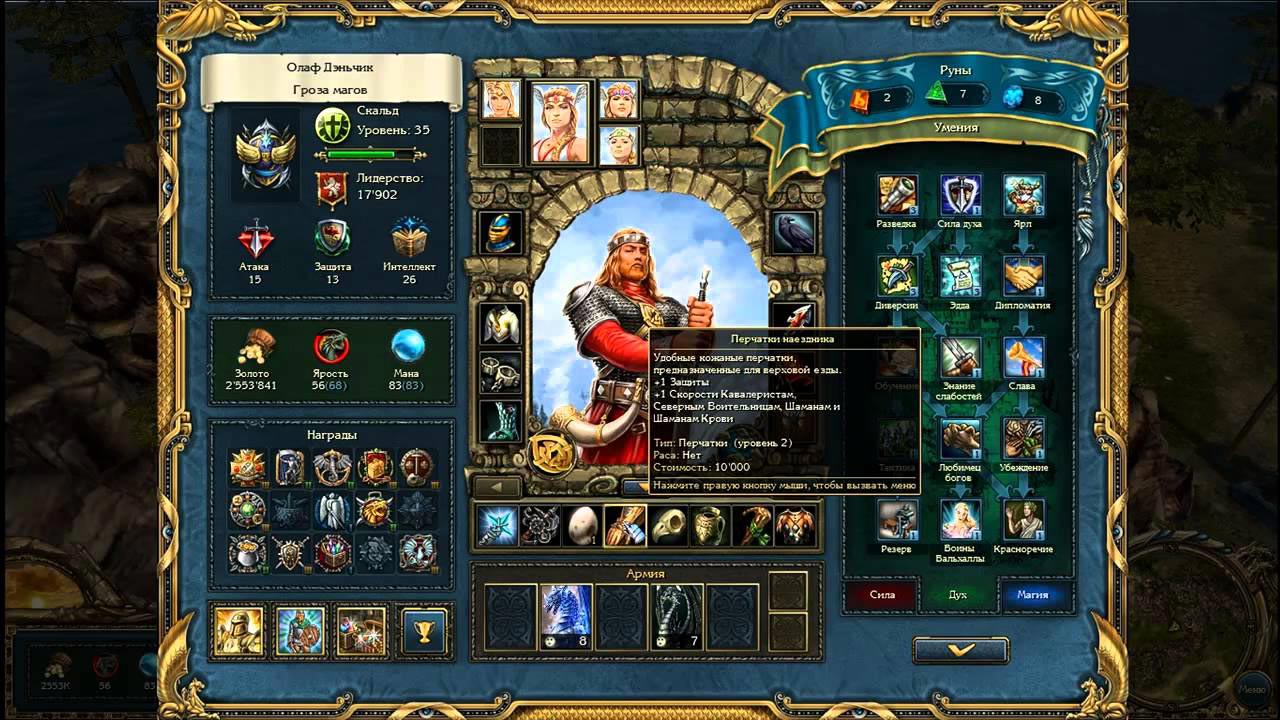 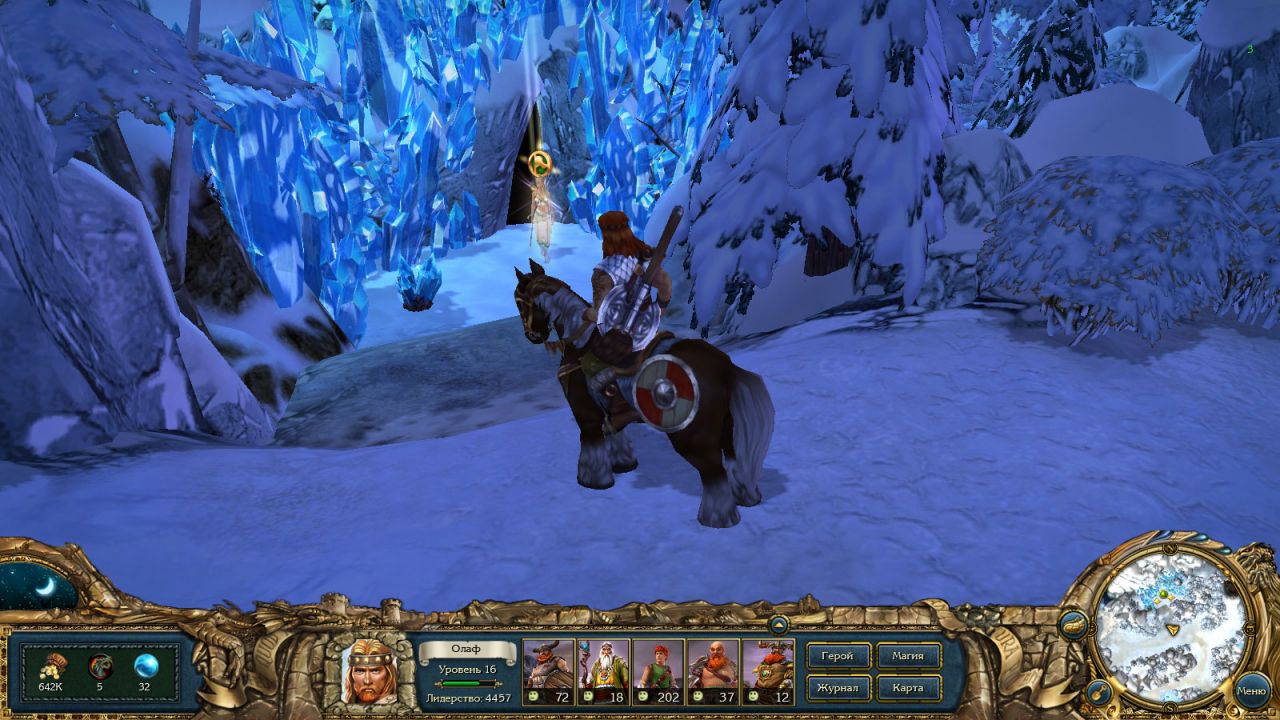 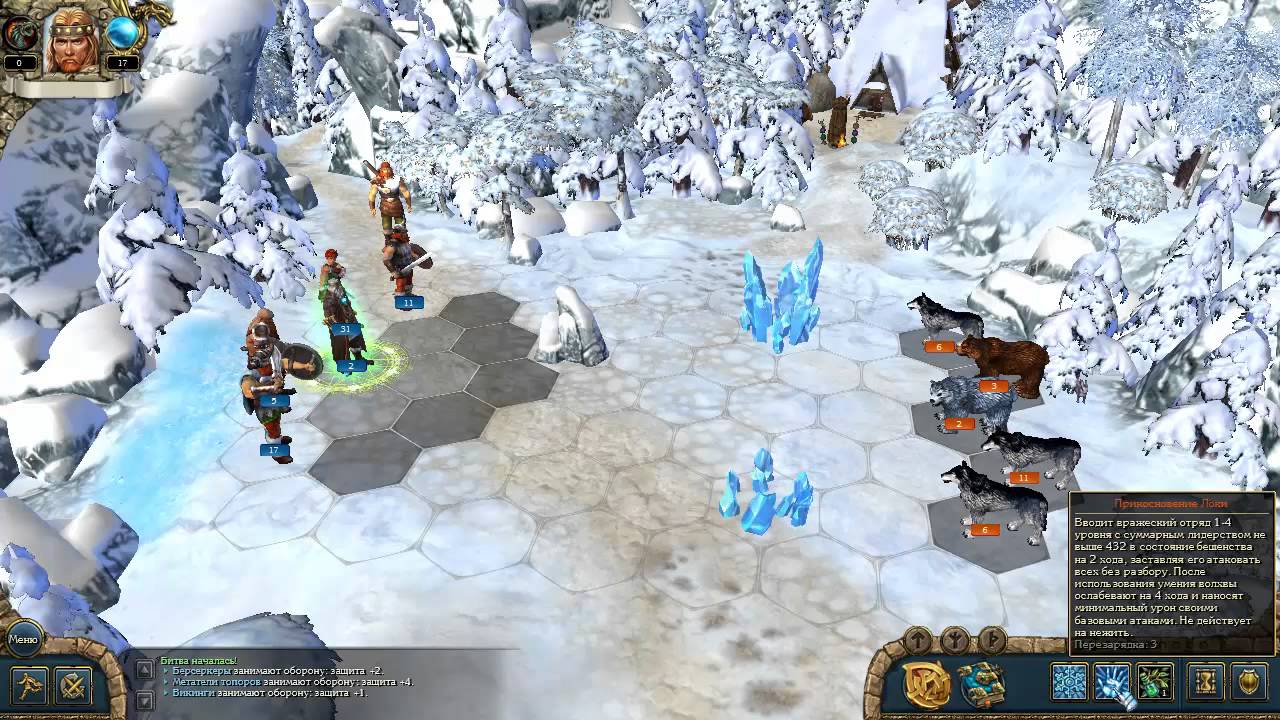 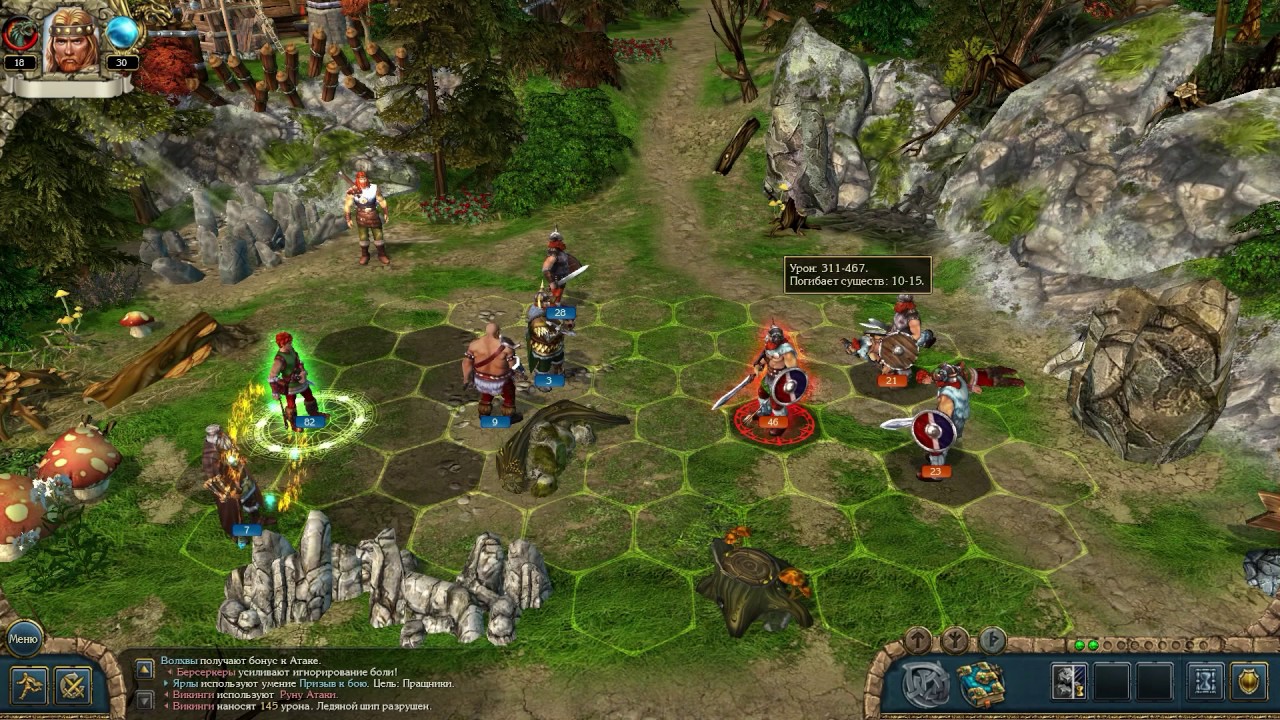 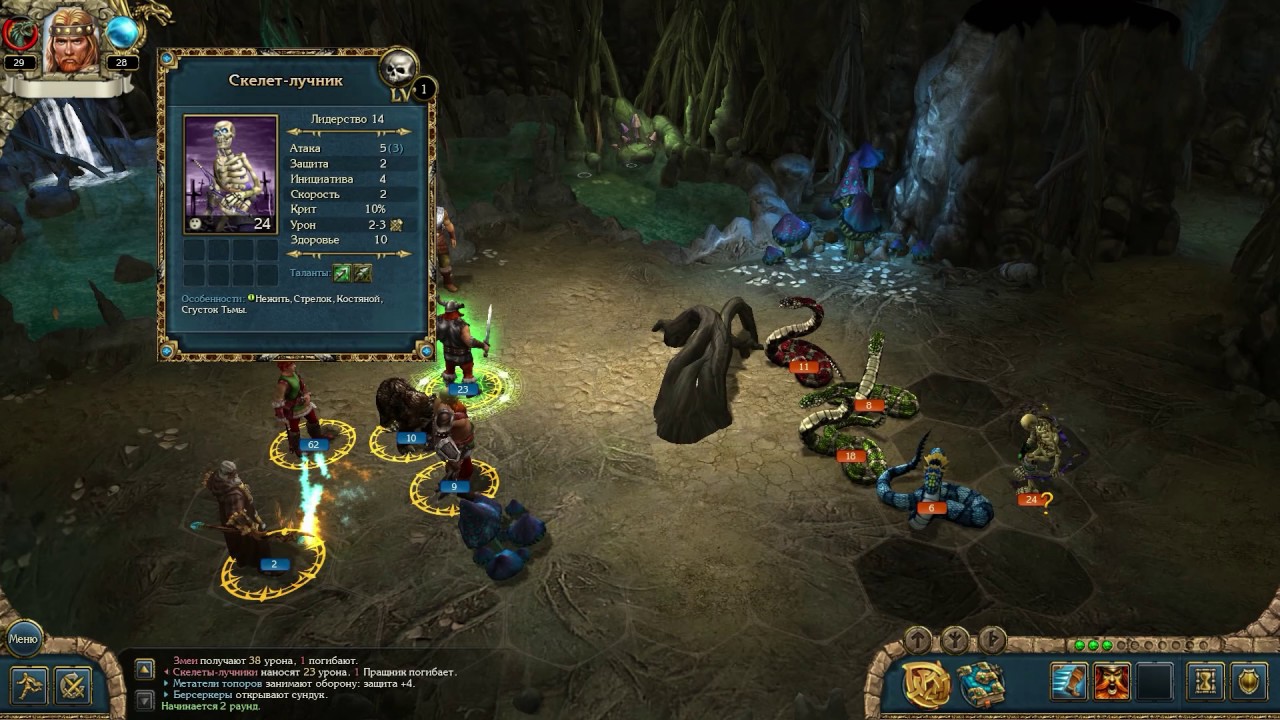 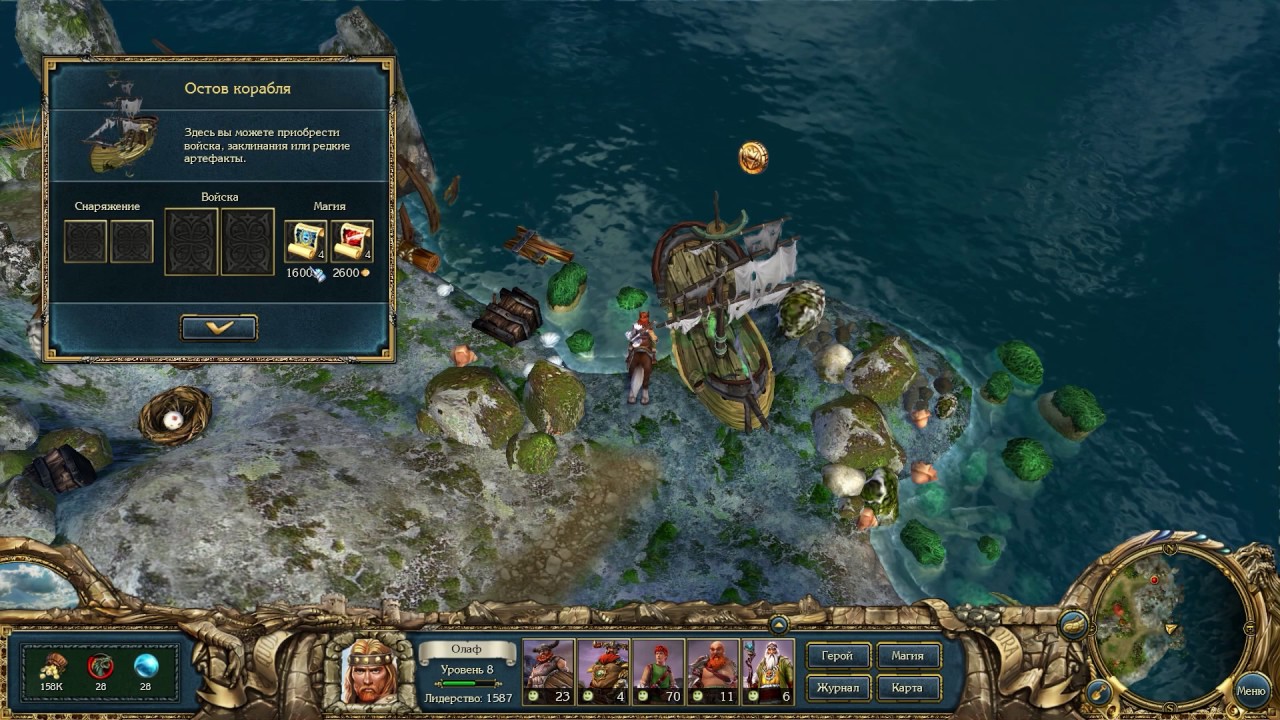 
King´s Bounty: Warriors of the North - Valhalla Edition / King’s Bounty: Warrior of the North
King’s Bounty Collector´s Edition: Warrior of the North - Valhalla Edition includes an exclusive in-game item set available only in this version. The Set of Heaven Warrior is four unique things, collecting which the player receives a bonus to the characteristics of the character.
This edition also includes an exclusive poster in electronic format and desktop wallpapers.
King’s Bounty: Warrior of the North - the continuation of the cult adventure saga. The game will take place in the world of Endoria that you already know: in Darion, in the dungeons of the gnomes, as well as on the Viking lands, where even the famous Bill Gilbert did not swim. The mighty Olaf, the son of the King of the Northlings, devoted himself to war with the undead, who flooded the northern lands of Endoria. He will have to free from the necromancers icy wasteland, dungeons of the dwarves and even the very heart of Endoria - the kingdom of Darion. On the way to the glory of Olaf, treacherous enemies and new friends, fierce battles and exciting adventures await.
• A unique race of furious Vikings and new neutral creatures
• New Hero - Viking Olaf
• Valkyries - five beautiful warriors who accompany the hero and can be called up in the battle for Rage
• Changed skill tree, new unique talents
• New, rewarding, rewards for special achievements
• Extra combat spells and a brand new school - Runic Magic
• Modified combat system based on the use of runes
• Visy - a unique Skald skill that affects the course of battle
• Ability to create new items yourself
• Full support for features of the Steam service, including Steam Cloud, Steam achievements and board of honor
• New creations, skills, rewards and achievements

King´s Bounty: Warriors of the North - Ice and Fire DLC / King’s Bounty: Warrior of the North - Ice and Fire
The adventures of the mighty Olaf continue! This time, his path lies through the sea - on a small secluded island with the talking name Ice Gardens. For some time now, in this harsh region, it has become much warmer, which seriously alarmed its inhabitants - frosty spirits and snow elves. Together with Olaf, you have to find out and eliminate the causes of the sudden thaw, from which the cold-loving inhabitants of the island suffer.
• A system of experience for creatures - guide your subjects through dozens of battles, and they will become much stronger than before!
• Snow elves - a new clan that unites elves who, for political reasons, preferred the green forests of Merlassar to snow and the cold of the Ice Gardens
• Necrocraters - a new kind of undead - evil reptiles, risen from the dead
• New vast areas for exploration
• More than two dozen previously unseen creatures, as well as updated veterans of the series
• New items with unique properties
• More than 20 hours of extra playing time

1. You need to download and install Steam http://steampowered.com/download/SteamInstall.msi (if not already installed)
2. Launch the Steam client
3. Create a new Steam account or log into an existing one
4. Go to the "Games" section and select "Activate on Steam"
5. Enter the activation key you purchased
6. After that, the game will ap

Kings Bounty Warriors of the North - Ice and Fire GLOBAL