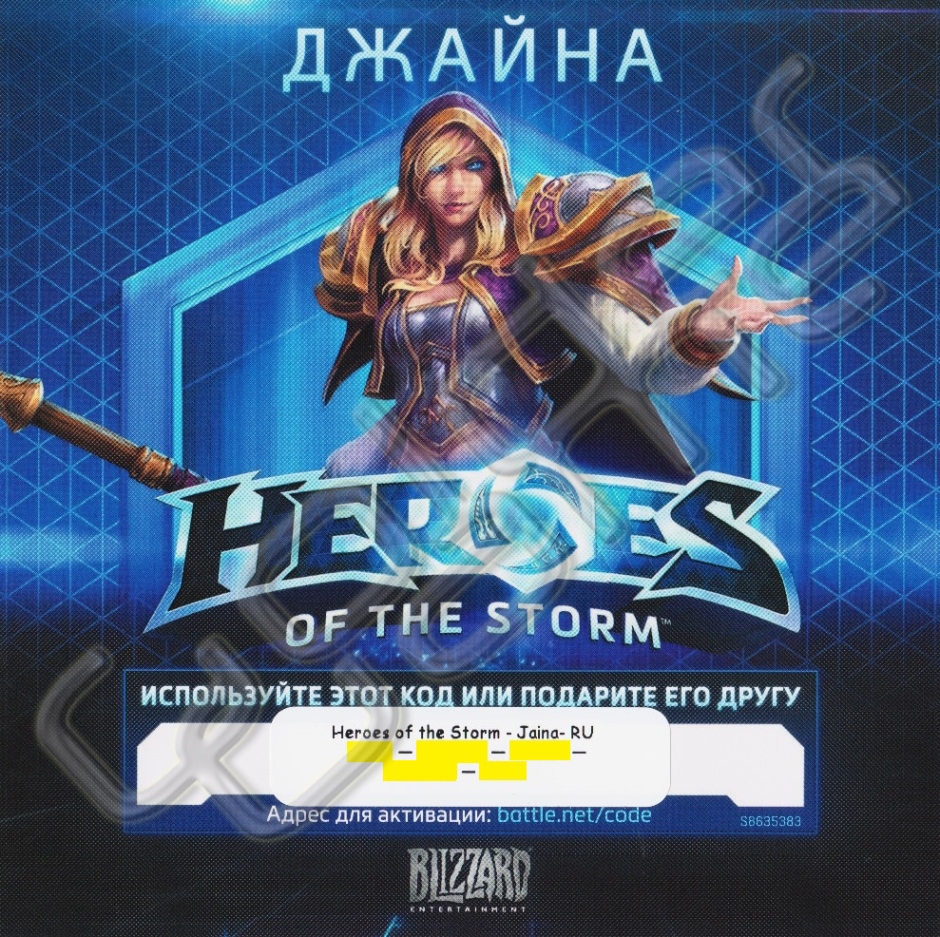 Paying this product you get the license key activation PHOTO HERO "Jaina Proudmoore" in the game "Heroes of the Storm".
Key collection takes place automatically, immediately after the payment.

Skillful Enchantress, trained in the school of the legendary Archmage Antonidas. Bright, brave and wise beyond his years, that Jaina brought to a safe place all the survivors of the battle, "The Scourge of Lordaeron" ,. But do not take it for weakness grace! Otherwise, it will be happy to show you what it is - to contrive a fight with the Enchantress.

Specialization - KILLER
Killer cause considerable damage for a small period of time. They specialize either in attack single targets, or multiple targets at once. They lack vitality. In trying to combat the killer quickly cause as much damage and then retreat. It is necessary to carefully arrive just the time to strike, and the use of suitable opportunities of engagement and exit.

!!! ATTENTION !!!
This switch is designed to enable the Russian-speaking European Battle.net account
and it is intended for use only on the territory of Russia and CIS countries.


Other products for the Heroes of the Storm:

The Sims 3: Into the Future STEAM GIFT RU