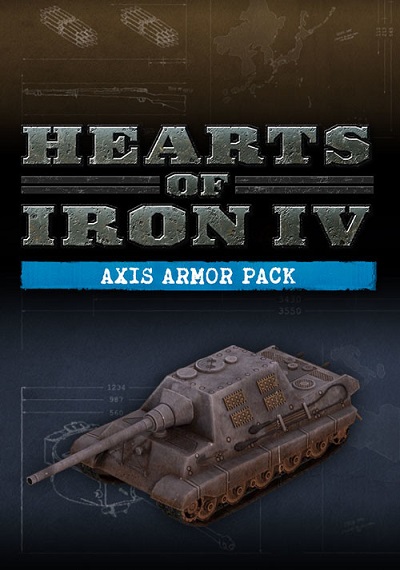 Uploaded: 25.05.2021
Content: Hearts of Iron IV Axis Armor Pack_11.txt 0,24 kB
Loyalty discount! If the total amount of your purchases from the seller GameCod more than:
If you want to know your discount rate, please provide your email:

Let the capture of the Dutch plains or Burmese jungle be beautiful with the new 3D Axis armored vehicles. The kit includes 53 new models of a variety of tank and mechanized troops, as well as eight tanks from the German Tank Pack. Now the fascist troops can boast 61 types of armored vehicles in the game.

As a free bonus, the Axis Armor Pack includes eight models of German tanks that were previously only available to owners of Hearts of Iron IV: Colonel Edition, such as the Royal Tiger and the superheavy Mouse. After all, what is the Axis without German tanks?