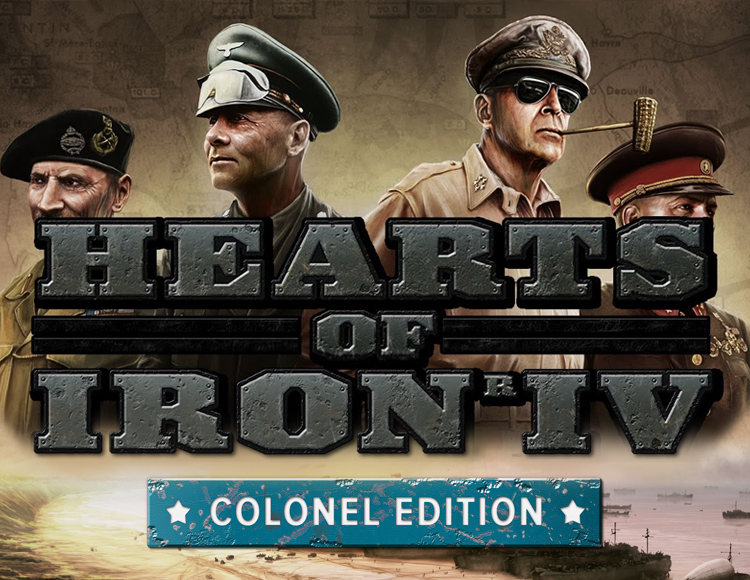 After payment you will receive a link by which you can get the license key of the game Hearts of Iron IV: Colonel Edition from the official supplier - the company "Buka", to activate the system STEAM.

Description:
Victory is in your hands! Your ability to lead your country is your top weapon, and the strategic game Hearts of Iron IV gives you the opportunity to lead any nation during the second world war, the biggest conflict in world history.

From the hell of battles to the command center, you will lead your country to glory and fight, sit down at the negotiating table or organize an invasion. You can tilt the balance in your favor during the second world war. It is time to demonstrate your abilities as the greatest military leader in the world. Will you revive or change history? Will you change the fate of the world, reaching victory at any cost?

The war is not only on land, but also at sea and in the air. It also takes place in the hearts and minds of men and women.

Let the greatest commanders of the Second World War fight with the means available at the time: tanks, aircraft, ships, cannons and the newly developed weapons of mass destruction.

Choose one of the greatest powers to fight for victory, or lead a small country struggling to "survive the storm."

Turn the world into a battlefield: experience all the time of the Second World War on a topographic map, taking into account the seasons, weather and terrain. Snow, mud, storms can be both your merciless enemies and powerful allies.