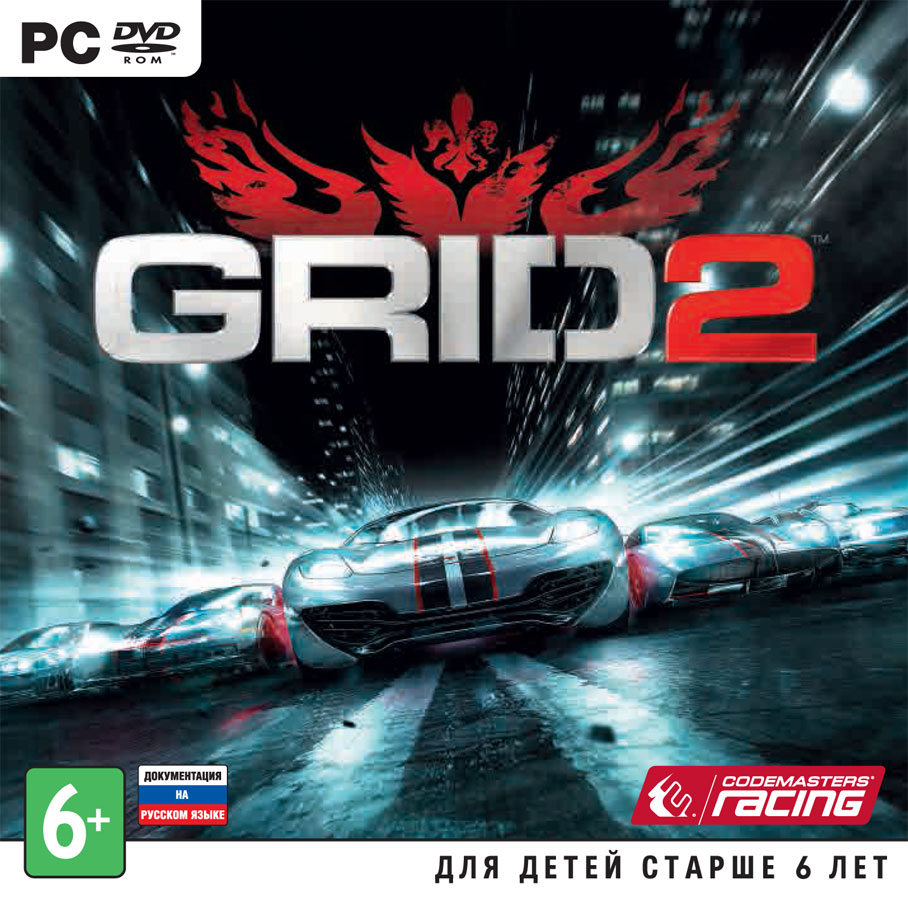 Having paid this product, you instantly get the license key for activating the game "GRID 2" from the company "1C-SoftKlab", for activation in "Steam".
The key is issued automatically, immediately after payment.

Be the fastest to be the first!

Continuation of the famous race simulator Race Driver: GRID, awarded the BAFTA 2009, was created on the basis of the updated version of the engine EGO Game Technology Platform. Entertainment, a realistic model of damage, advanced artificial intelligence, the return function in time Flashback, which, following Race Driver: GRID was used in other games of the racing genre, - continuing the best tradition of the original, GRID 2 raises the bar of quality of virtual auto racing to new heights.

GRID 2 presents an extensive fleet of vehicles, in which the legendary models of the last four decades are collected. Choose an iron horse and pave your way to the top of the glory of world motorsport, conquering many trails in different parts of the world - from Paris to Abu Dhabi, from Chicago to sunny California. Demonstrate your skills on the detailed recreated streets of metropolitan areas, licensed tracks and mountain roads. Take part in the World Series Racing - a series of contests for the title of the world´s best rider between the virtuoso pilots of the most famous clubs, specializing in various disciplines, including track racing, drift and street racing.

FEATURES of the game GRID 2:

● The TrueFeel Handling system guarantees the most plausible behavior of the car on various routes.
● Smart opponents under the control of artificial intelligence will not let you relax for a second: the competition with them is an excellent training before you go to conquer the multiplayer mode.
● Network multi-user mode with support for up to 12 participants and the ability to fight for one console together in split screen mode.
● Wherever you are, thanks to the RaceNet network service, compatible with mobile devices, you will always be aware of what´s happening in the world of GRID 2, you can monitor your progress, view leader lists, communicate with like-minded people and choose worthy rivals.
● And also: career mode, large-scale competition Global Challenge, in which you can participate even if you are outside the network, car modification and much more.

1. If the Steam client is not installed, download and install it http://store.steampowered.com/
2. Log in to your Steam account or register a new one if you do not already have one.
3. Go to the "Games" section and select "Activate via Steam" and enter the key you bought from us.
4. After activation, the game appears in the list of games and you can download it.