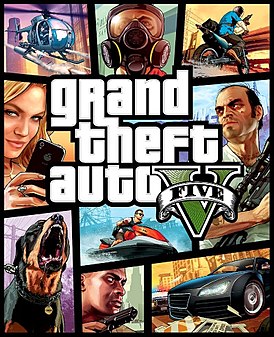 To carry out a series of daring robberies and survive in a large inhospitable city, street hunter, retired bank robber and terrifying psychopath must deal with the most dangerous and insane criminals, as well as showmen and civil servants of the West Coast.

You have never seen such landscapes of Los Santos and Blaine County! In addition to the increased draw range and higher resolution, you will also find a wide range of new gameplay innovations:

SPECIAL MATERIALS FOR RETURNING PLAYERS
Previous-gen Xbox 360 game owners who bring their characters to Xbox One will have access to special content, including rare modifications of classic vehicles from the Grand Theft Auto series, such as the Duke muscle car, Dodo seaplane and agile airship; you will also find a photo hunt and additional tests in the shooting range, new weapons and much more.