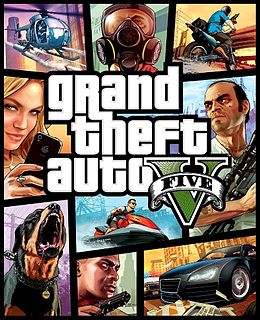 The seller guarantees the delivery of your product within 12 hours from the receipt of payment. If it doesn't happen, you can cancel the deal on your own and get you money back.

You buy the game Grand Theft Auto V. After payment you will receive a Steam Gift to activate the game.

Grand Theft Auto V (short GTA V.) - A multi-platform video game in the genre of action and "open world", developed by Rockstar North and published by Rockstar Games. It is the fifteenth in a row game series Grand Theft Auto. The debut trailer was released on November 2, 2011, and the announcement of the game took place on the following day, on 3 November. Exit the game was originally planned for the spring of 2013, but was postponed to September 17, 2013 for Xbox 360 and PlayStation 3. At E3 2014 exhibition game was announced for the eighth generation consoles (PlayStation 4 and Xbox One) and personal computers on which the output of the game It held 18 November 2014 and 14 April 2015 respectively. In Russia and the CIS Grand Theft Auto V is published by 1C-SoftKlab.

The developers of Rockstar Games announced that at the time of Grand Theft Auto V is their largest and most ambitious project to set up the largest of the open game world.