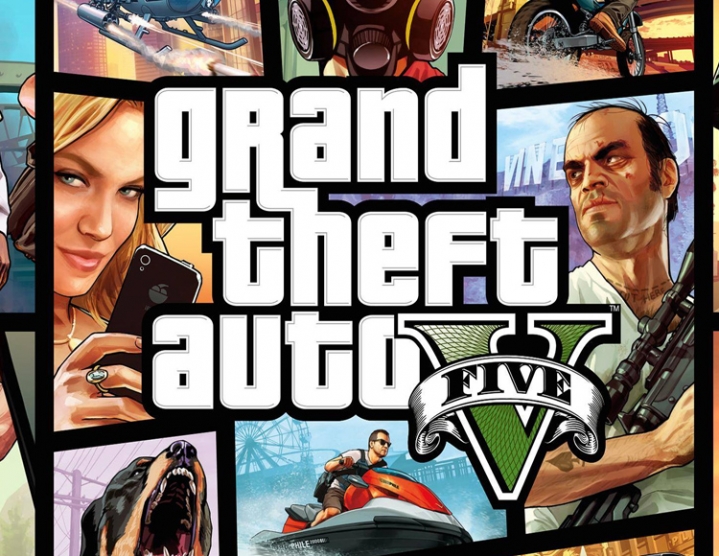 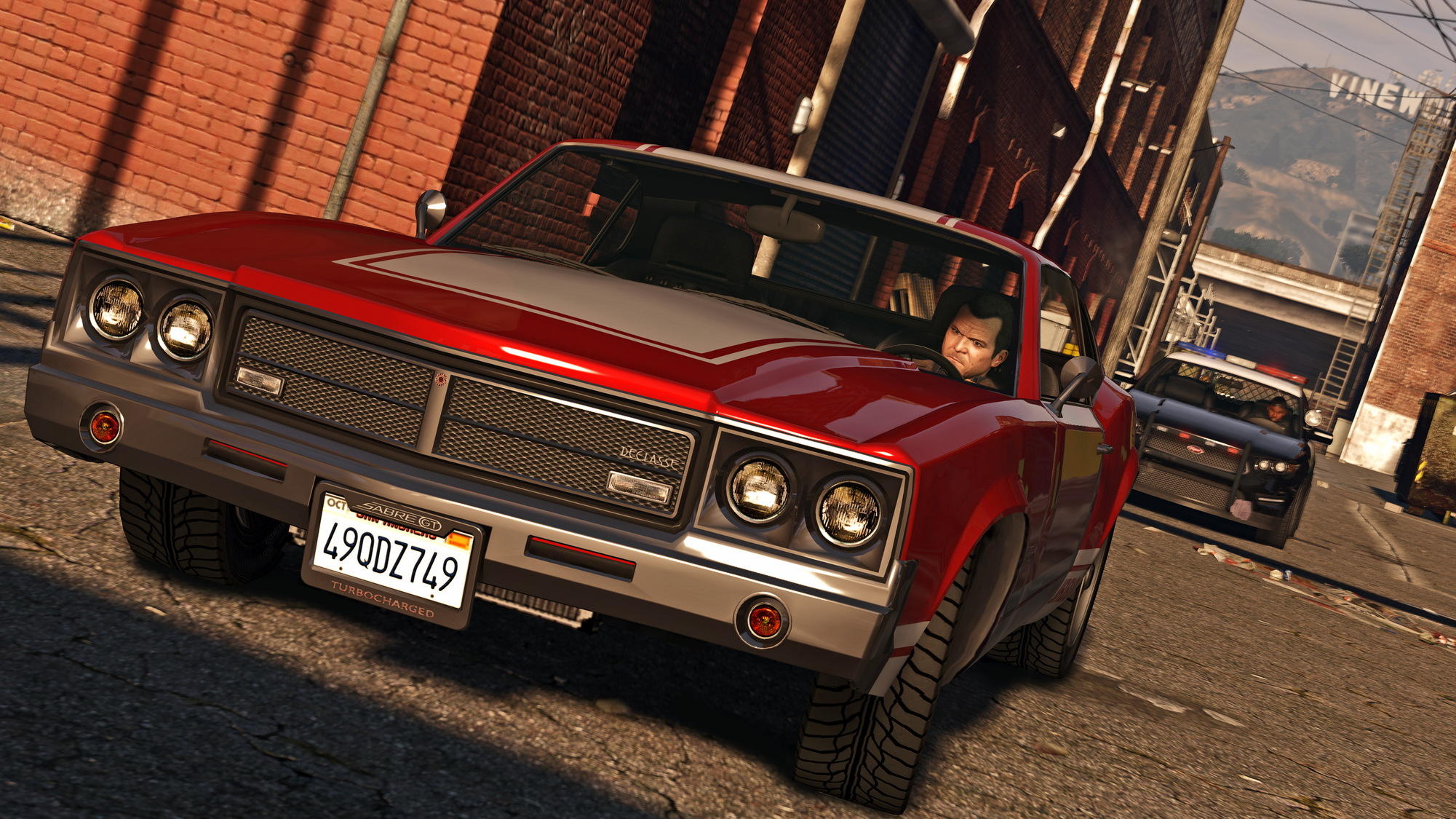 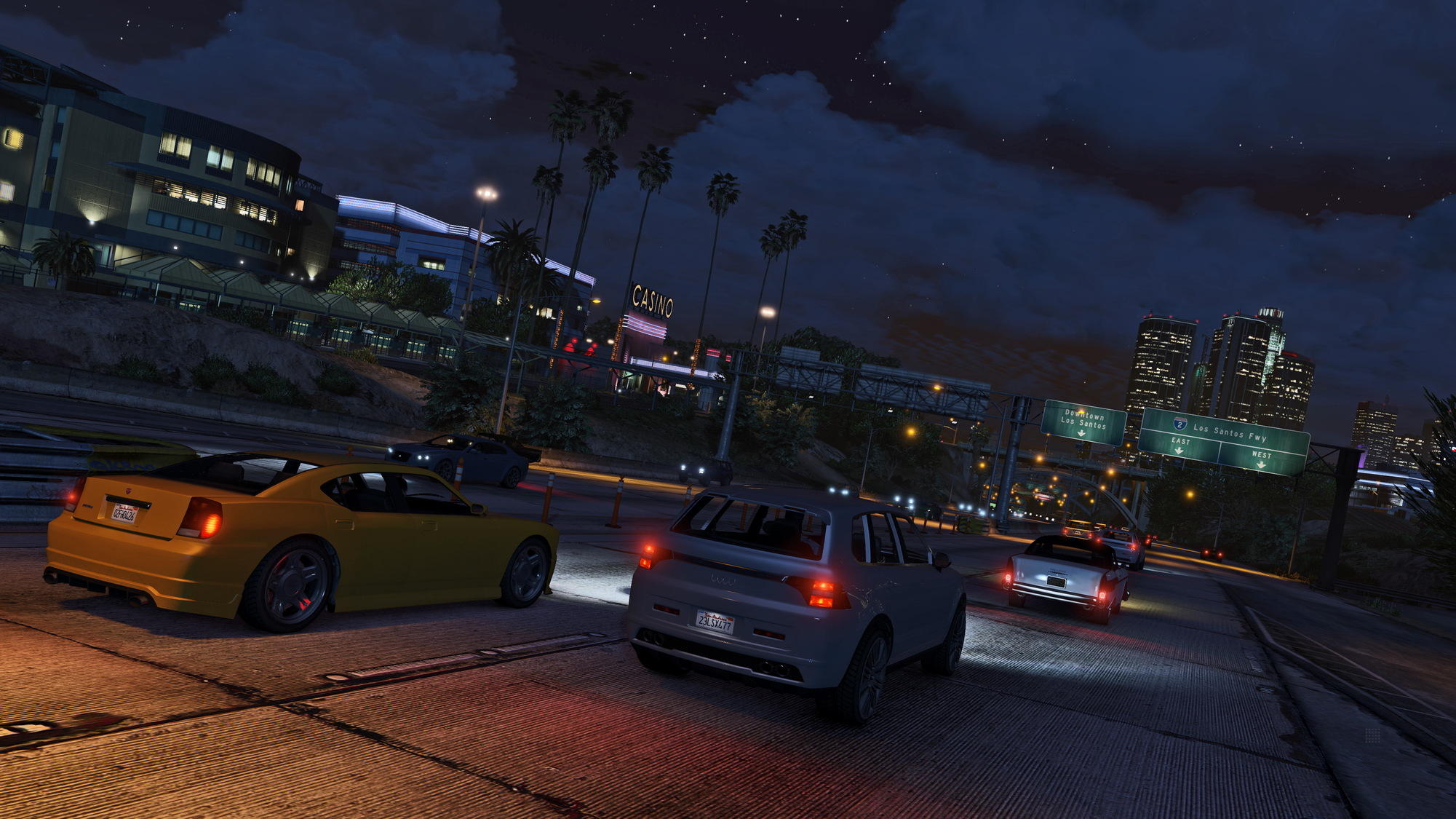 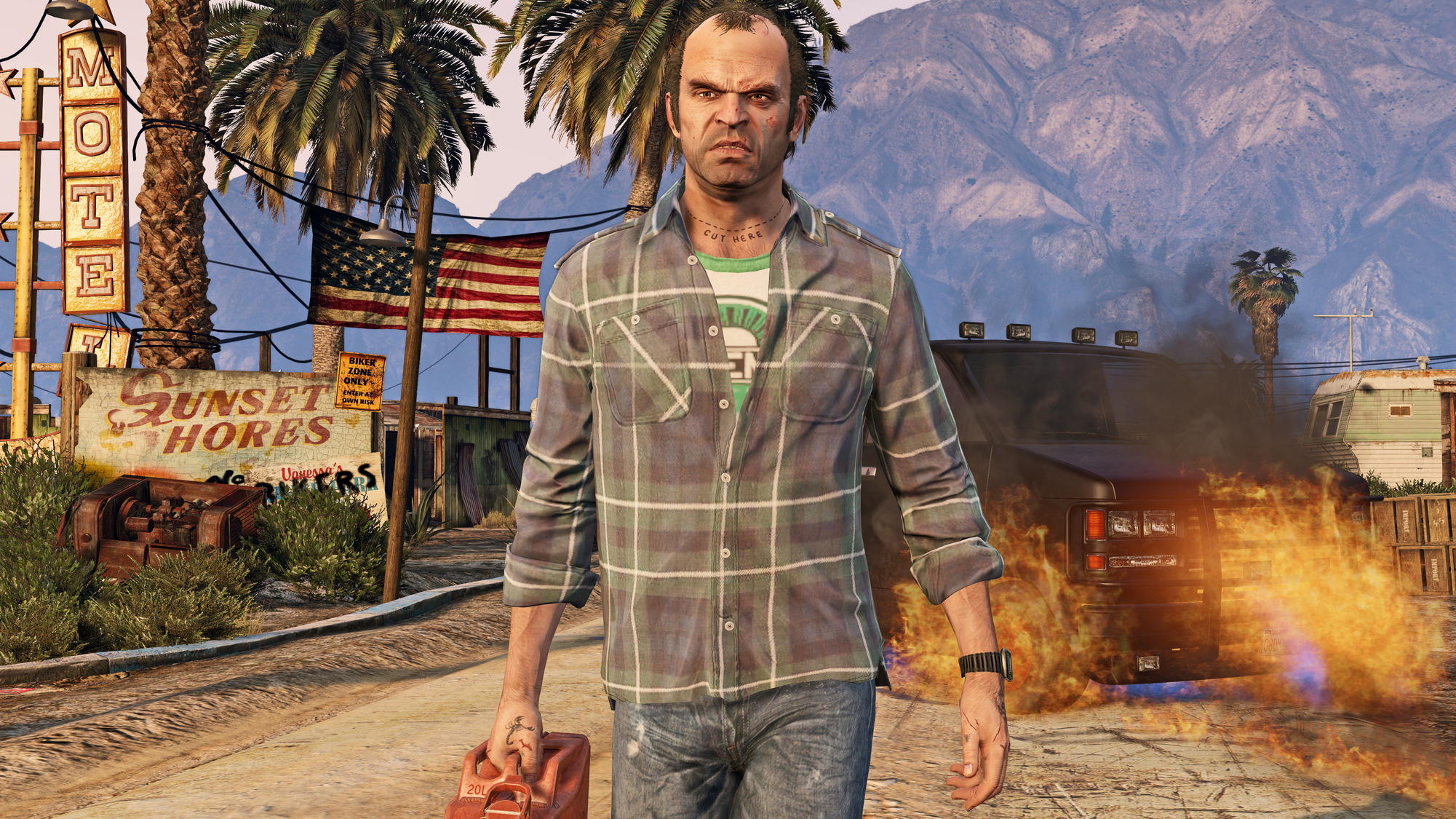 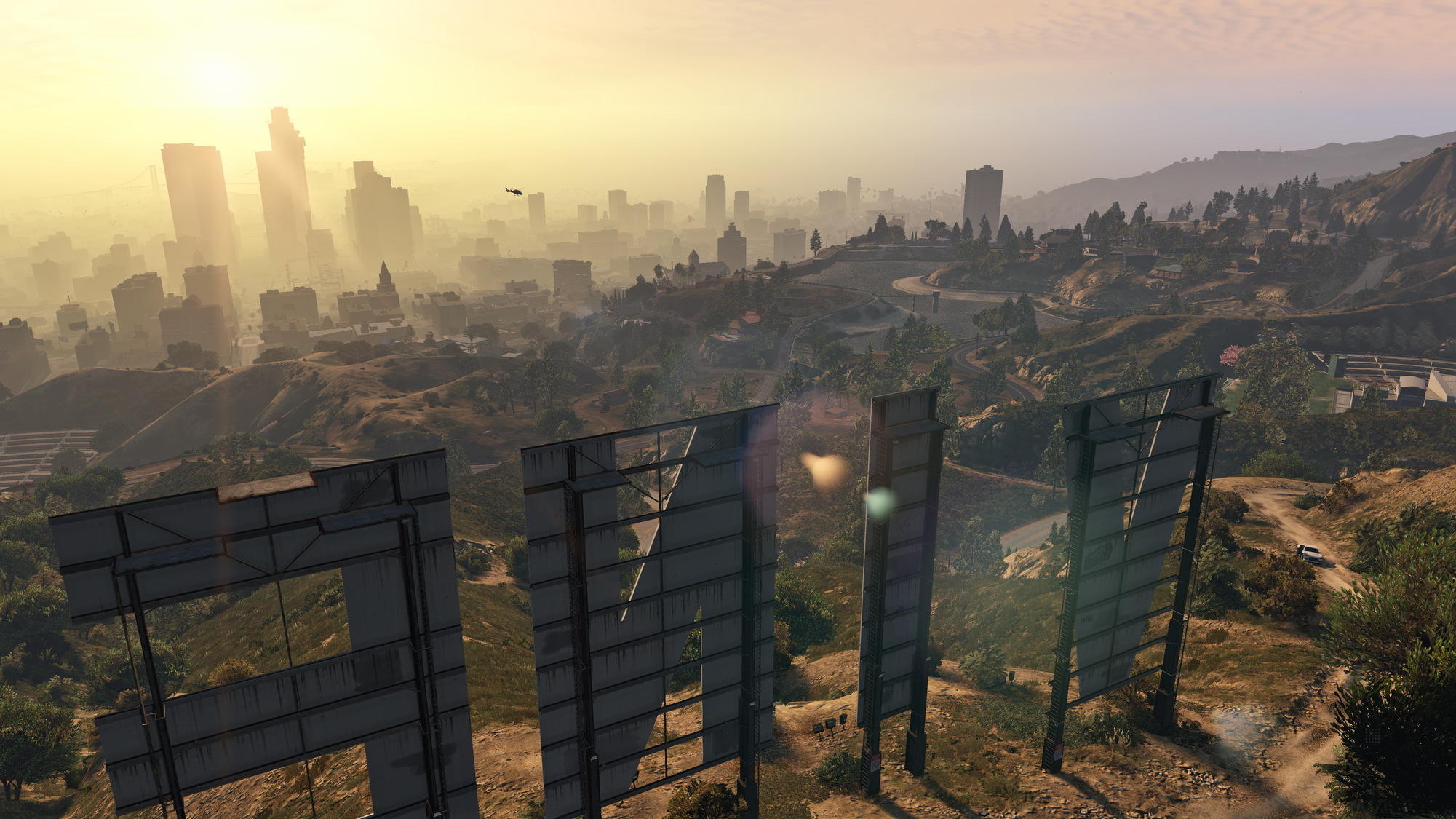 Description:
Attention! The software can not be authenticated on computers located outside the following region: Russia.

A billionaire oligarch, an intelligence intelligence agent, a socially unsuitable conspiracy and a neurotic supercomputer, are forced to join forces to save San Andreas from complete destruction. Unknown enemies are preparing a diversion of monstrous proportions. You and your gang of robbers get the task to untangle the ball of secrets and prevent the apocalypse. In this grand new adventure you will participate in skirmishes on the streets of Los Santos, go down to the bottom of the ocean and even visit the bowels of Mount Chiliad.

Update "The Day of Judgment" for Grand Theft Auto Online will be released on December 12.

When a young street rogue, a retired bank robber and a socially dangerous psychopath are dragged into a showdown with the most frightening and crazy representatives of the criminal world, the US government and the entertainment industry, they have to carry out a series of risky raids to survive in a ruthless city where they can not trust to anyone - and first of all to each other.

Grand Theft Auto V for PC allows players to explore the famous world of Los Santos and Blaine County in a resolution of up to 4k and higher at a rate of 60 frames per second.

The game offers many unique settings for the computer, including more than 25 separate settings for adjusting the quality of textures, shaders, tessellation, anti-aliasing and not only, but also support and control settings using the keyboard and mouse. Of the additional features can be noted the slider of the city´s population, managing the density of the flow of cars and pedestrians, support for two and three monitors, 3D support and a "plug-and-play" function for gamepads.

In the PC version of Grand Theft Auto V and Grand Theft Auto Online is a first-person mode that allows you to even closer look at the incredibly authentic world of Los Santos and Blaine County.

In Grand Theft Auto V for PC for the first time appears editor Rockstar - a set of powerful creative tools for fast and convenient recording, editing and publishing videos shot in Grand Theft Auto V and Grand Theft Auto Online. Available in the editor Rockstar director mode allows players to create their own scenes with the participation of famous characters from the story mode, pedestrians and even animals. In addition to the advanced camera control system, mounting modes, including accelerated and slow-motion playback, and a number of camera filters, players can add music from the GTA V radio library and dynamically change the intensity of the game´s music playback. Ready-made videos can easily be downloaded directly from the Rockstar editor on YouTube or Rockstar Games Social Club.

The authors of the soundtrack of the game, The Alchemist and Oh No, returned as the leading new radio station called The Lab FM and broadcasts a new and exclusive music of these authors, created