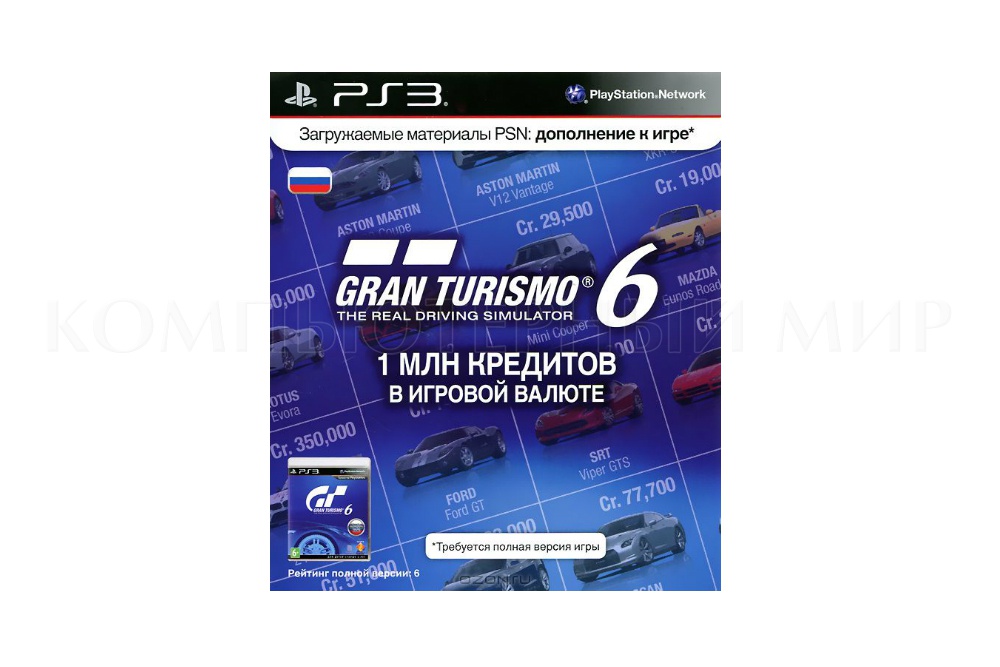 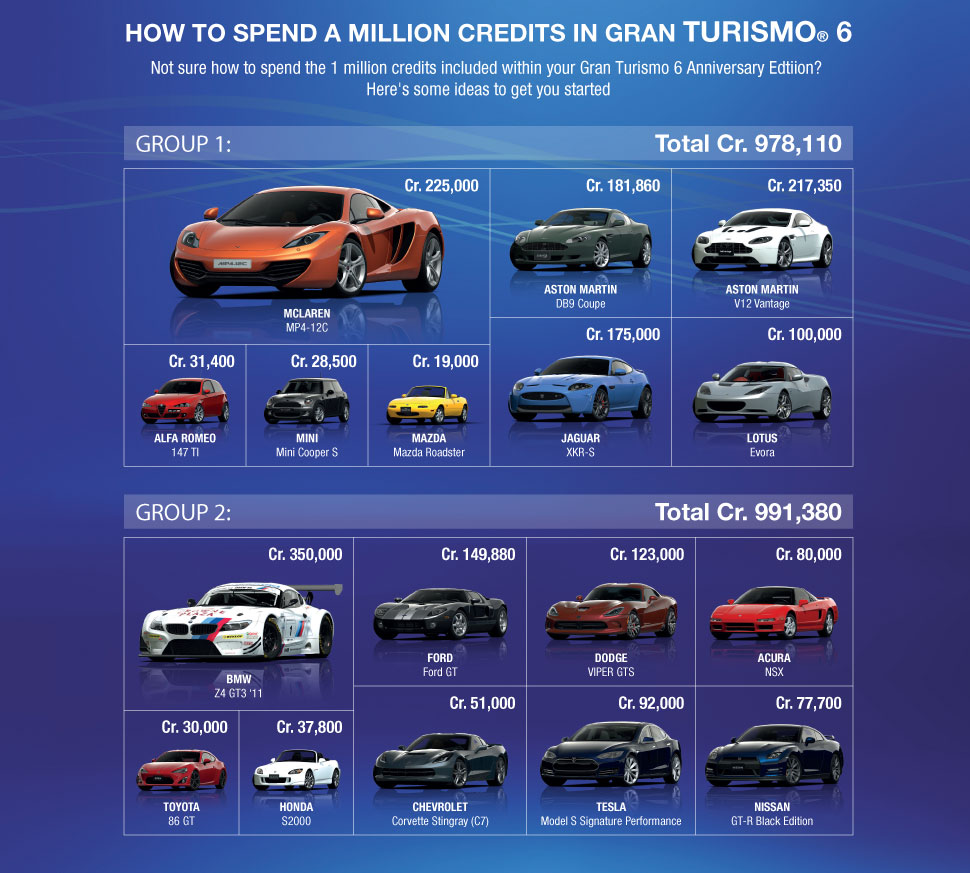 Uploaded: 09.03.2020
Content: text 14 symbols
Loyalty discount! If the total amount of your purchases from the seller Meshkov K. more than:
If you want to know your discount rate, please provide your email:

Meshkov K. information about the seller and his items
onlineAsk a question

Gran Turismo 6 (GT6) is the version of the most popular game for the PlayStation. GT6 for PlayStation®3 not only raises the standards of realism in racing games, but also offers players other tracks and cars, as well as an improved interface. In previous issues of the Gran Turismo series, it was possible to earn domestic currency for the purchase of new cars, spare parts and improvements only by taking part in races.
Gran Turismo 6 implements a system of payment cards, which became the second option for receiving game currency - for real money. Thanks to payment cards, you can purchase the desired car, spare parts or improvements, saving a lot of time.