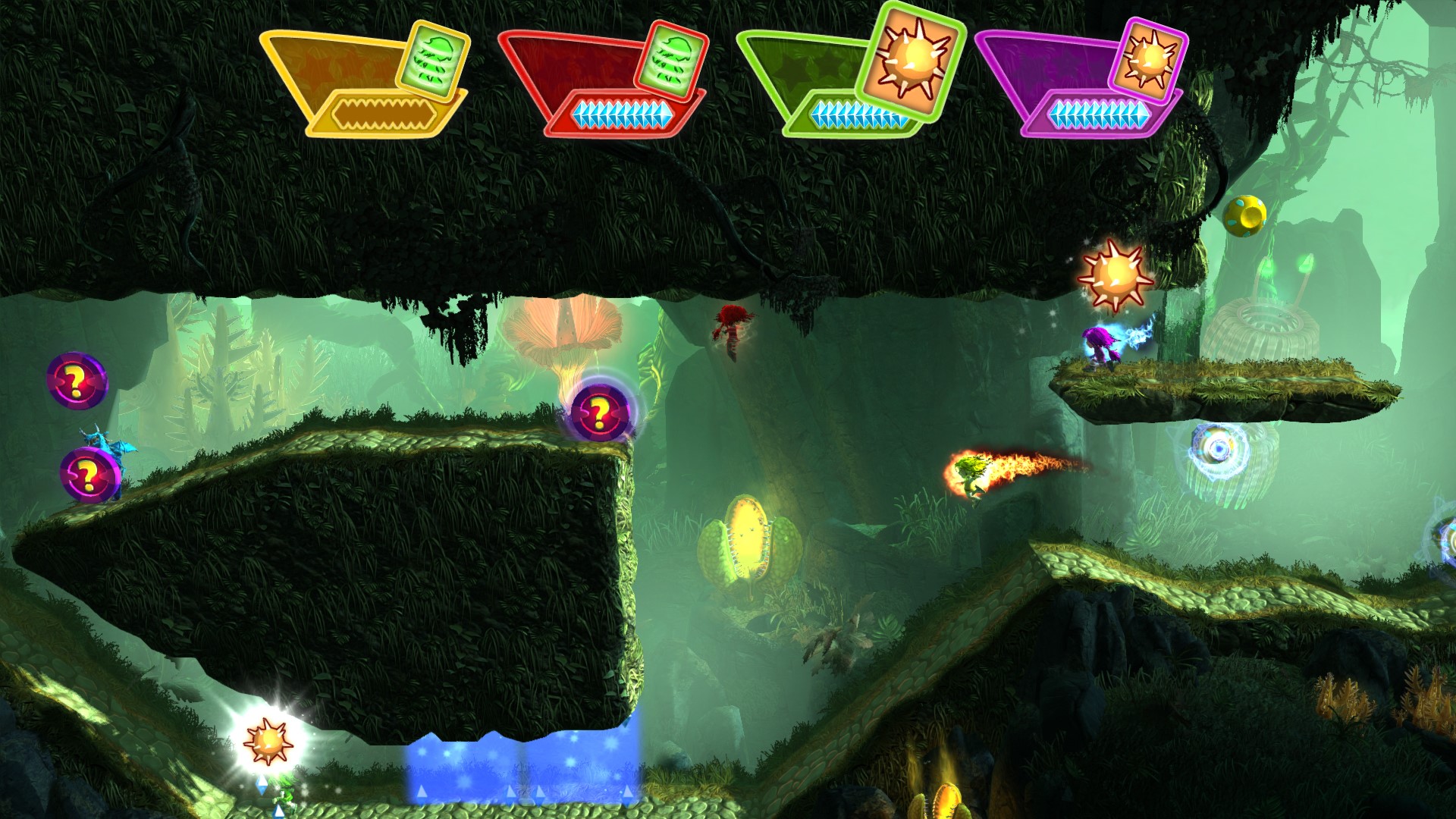 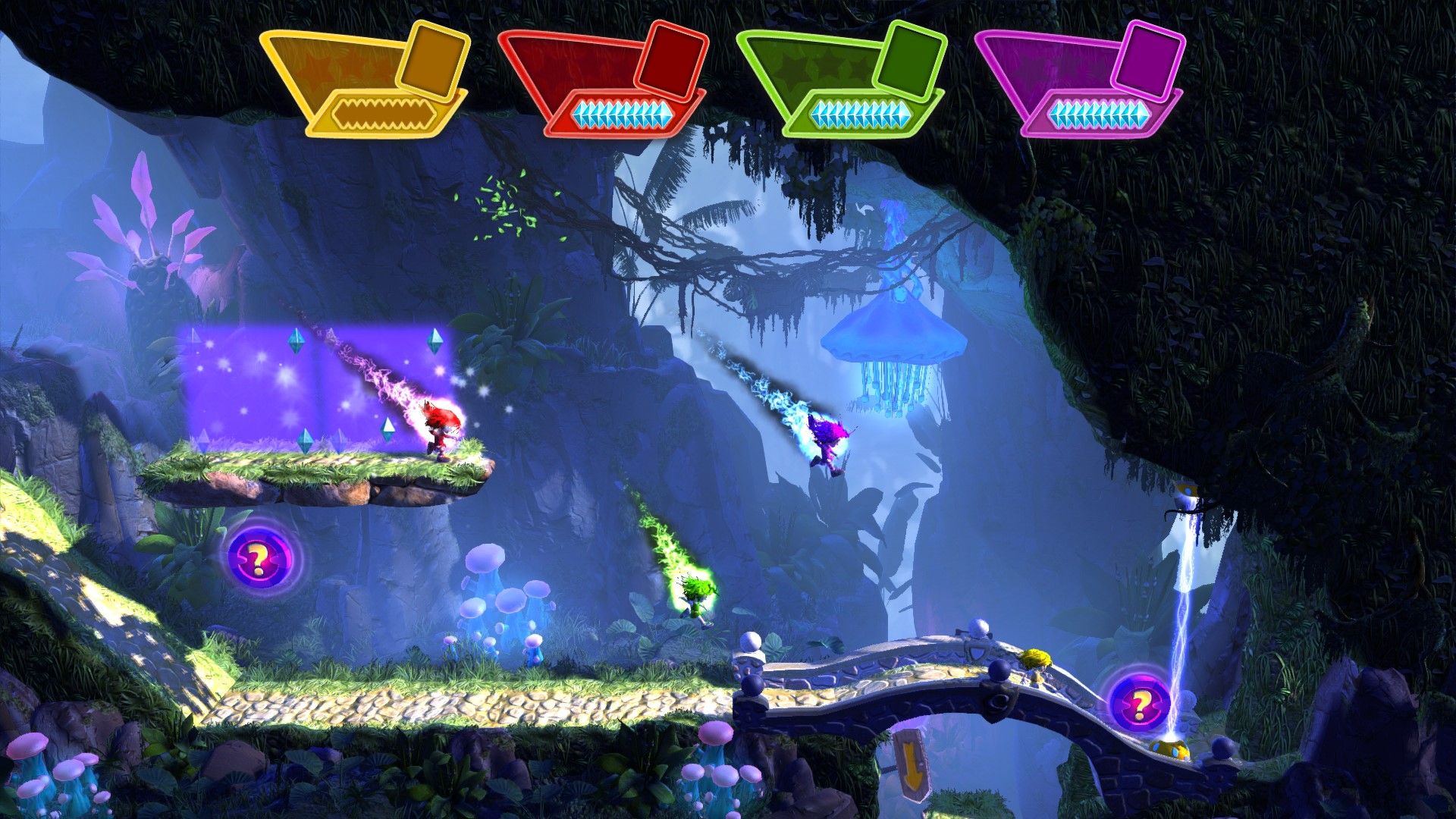 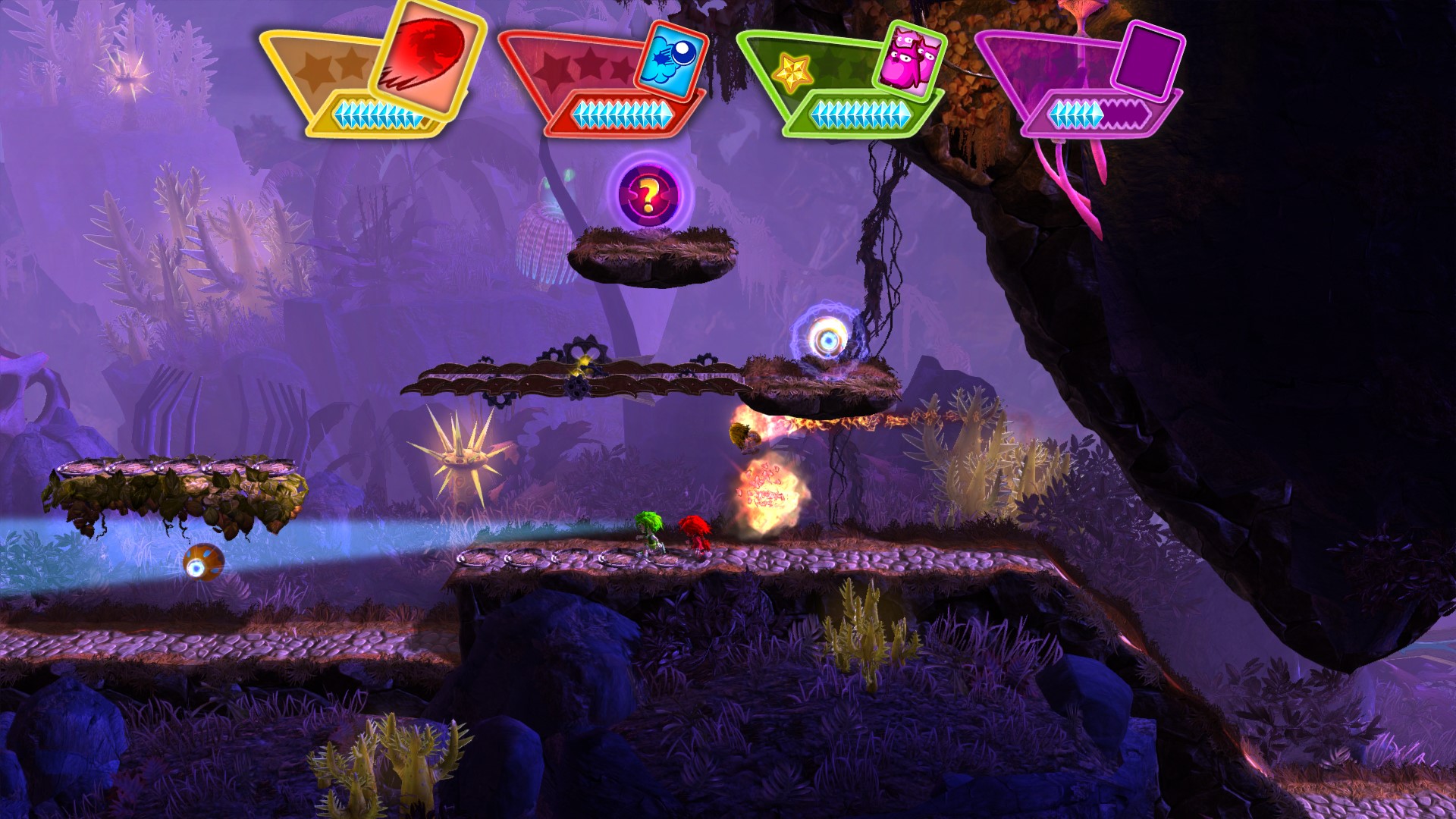 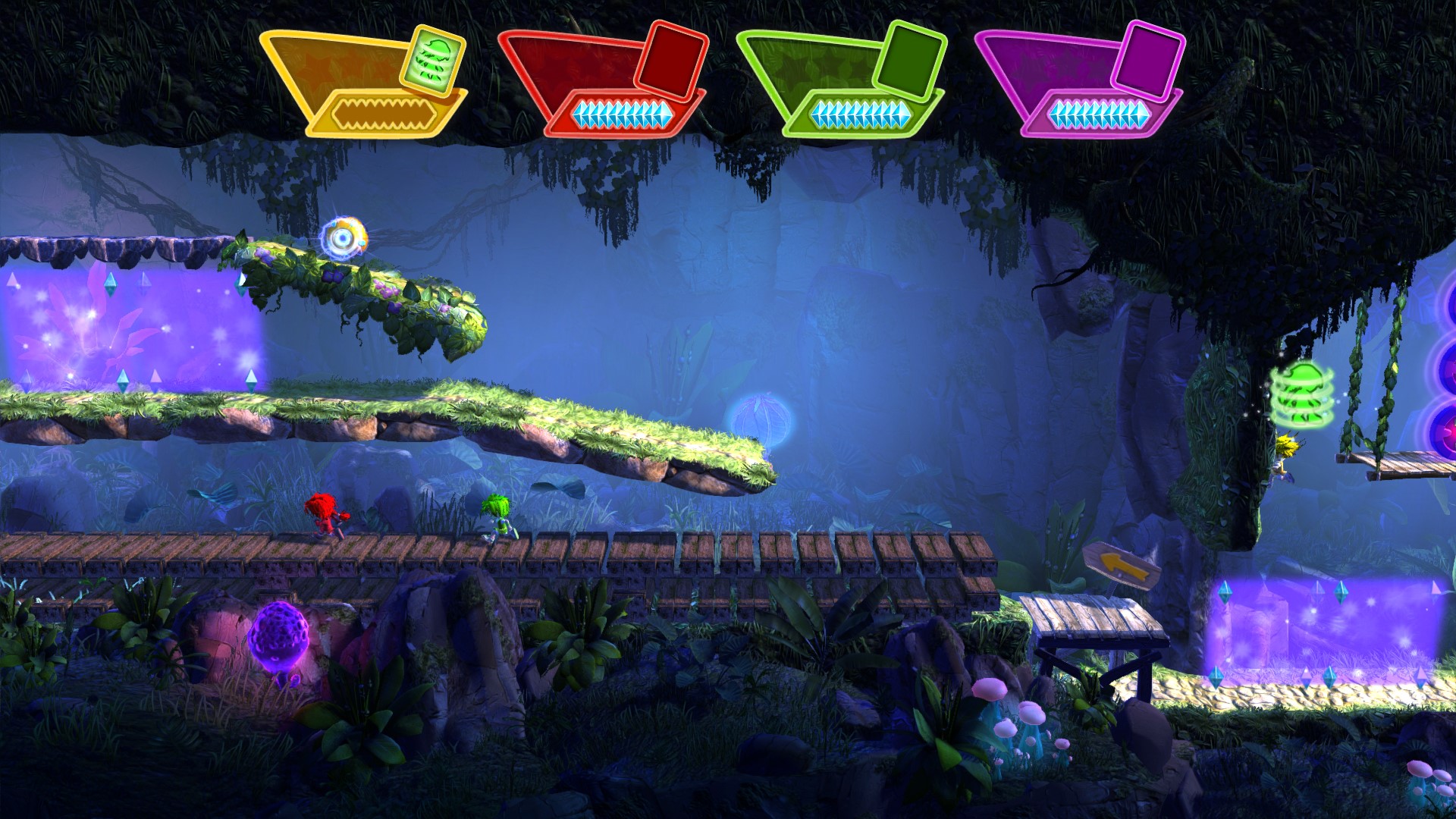 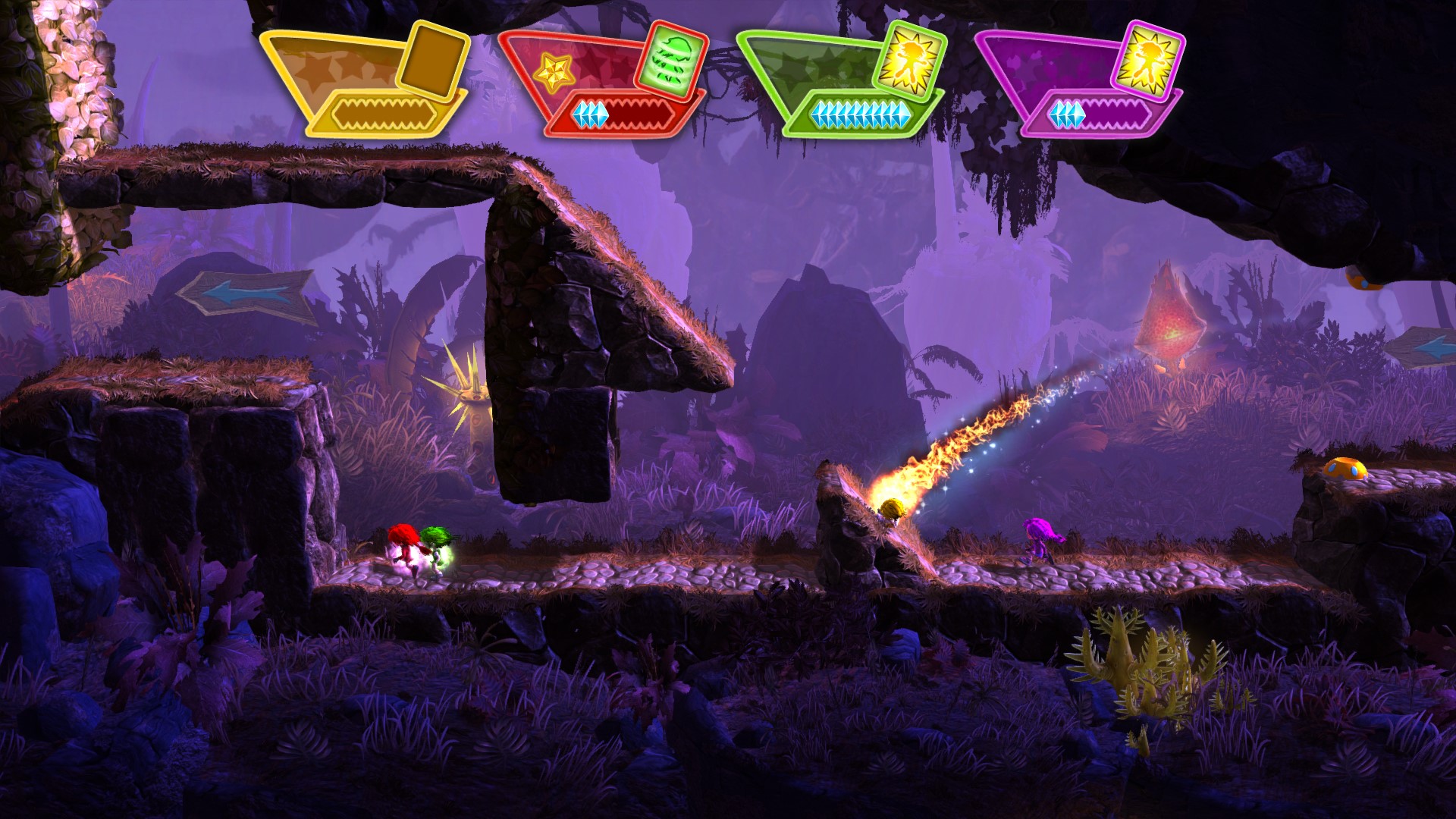 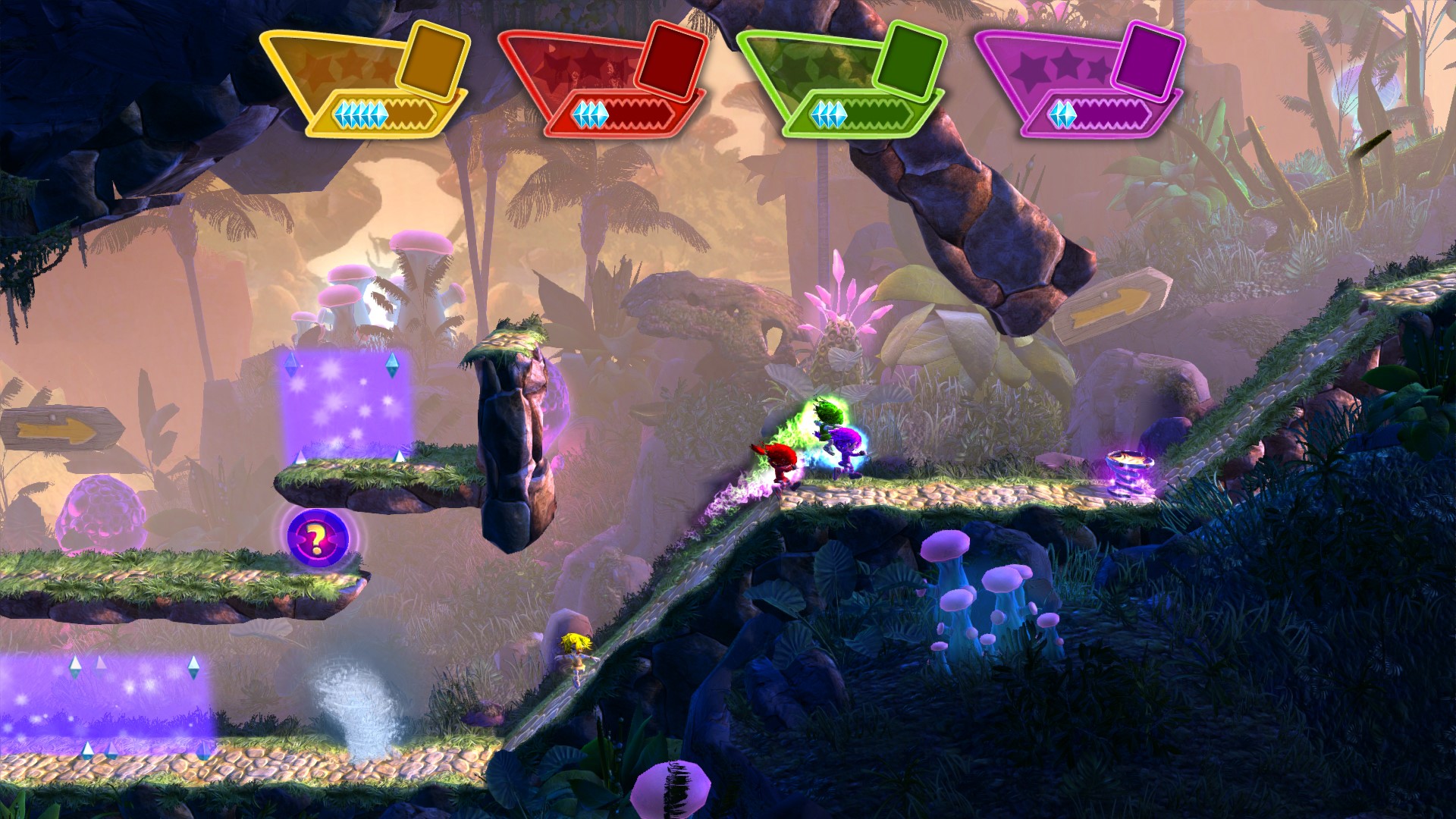 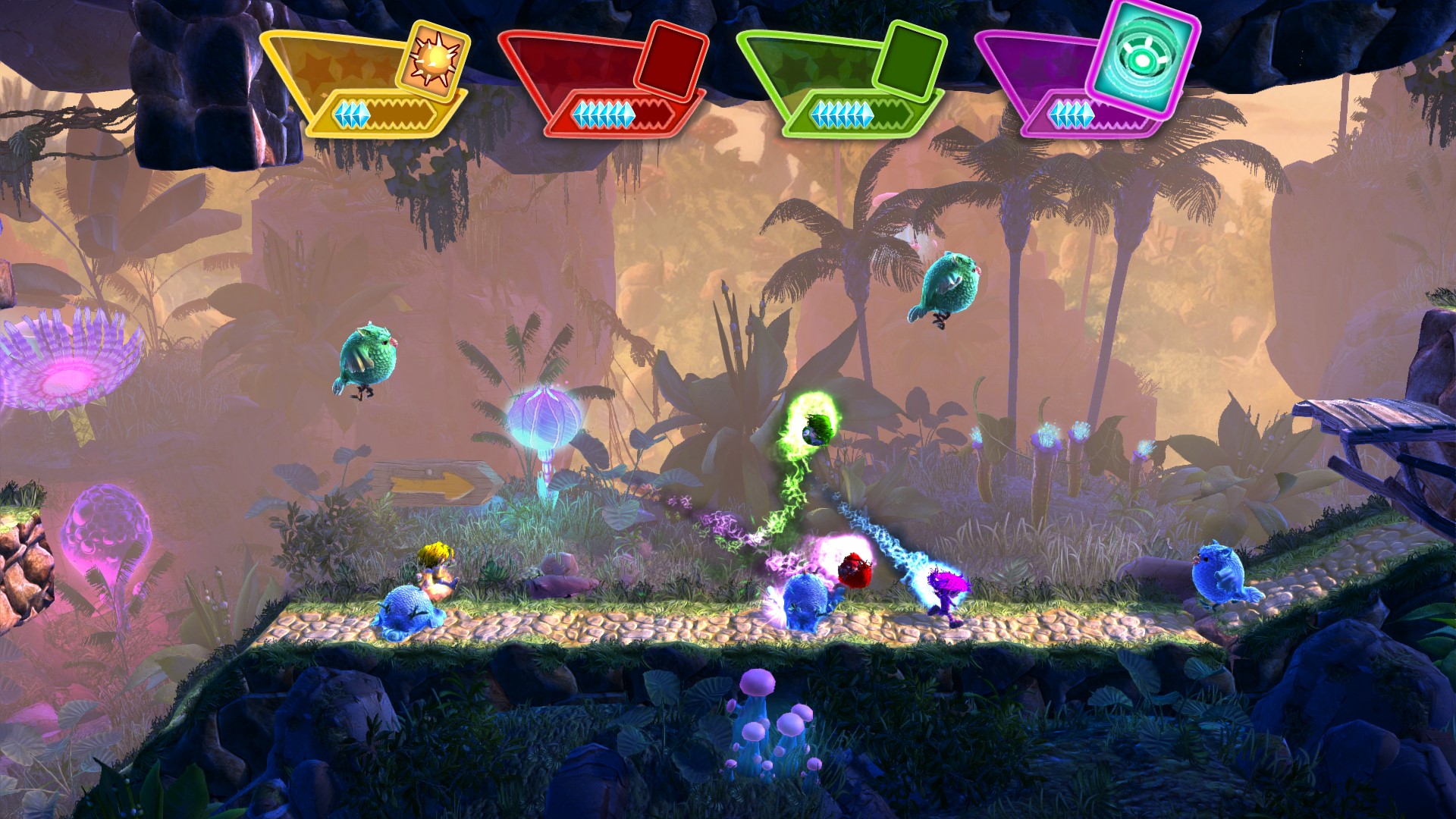 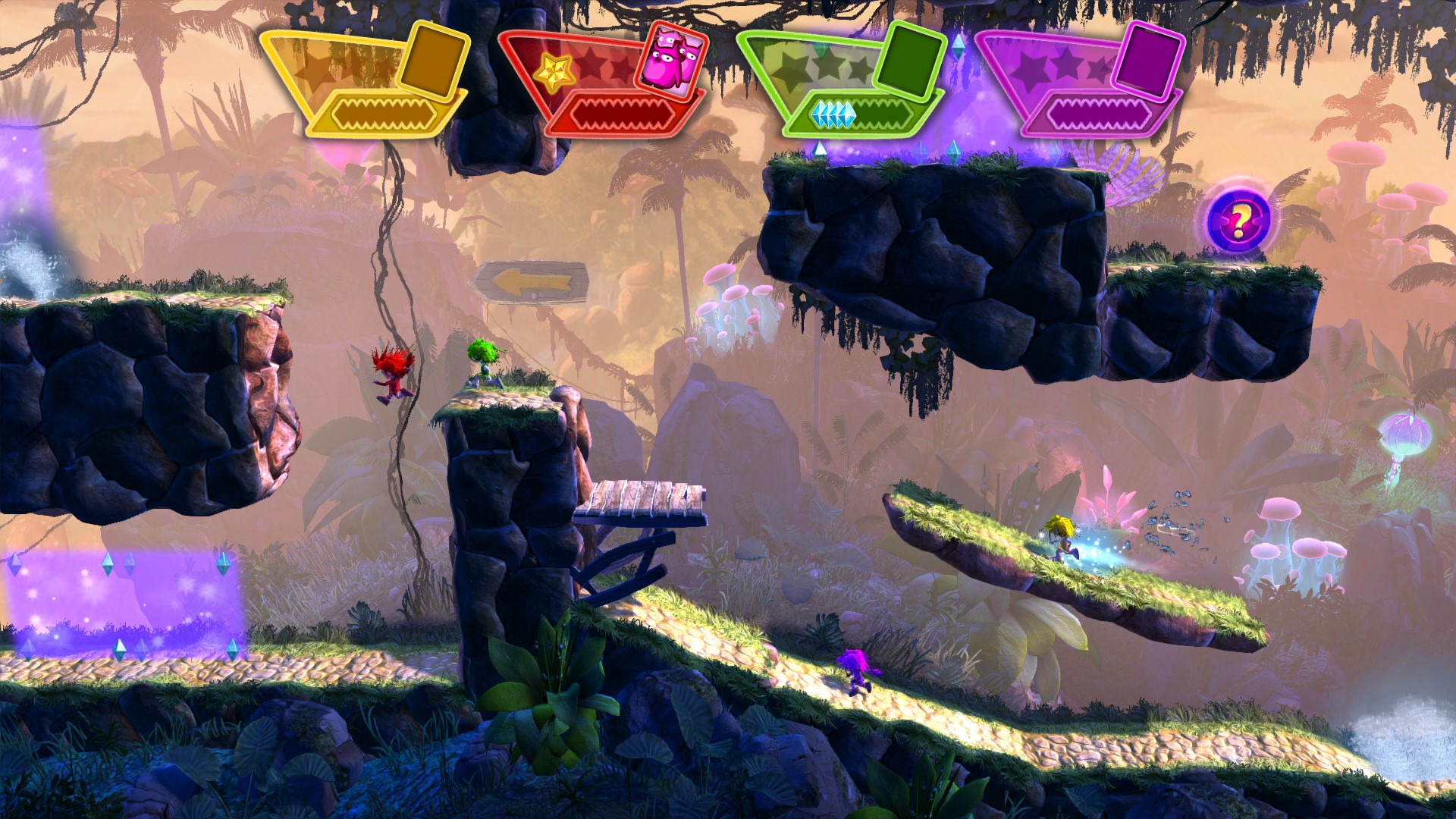 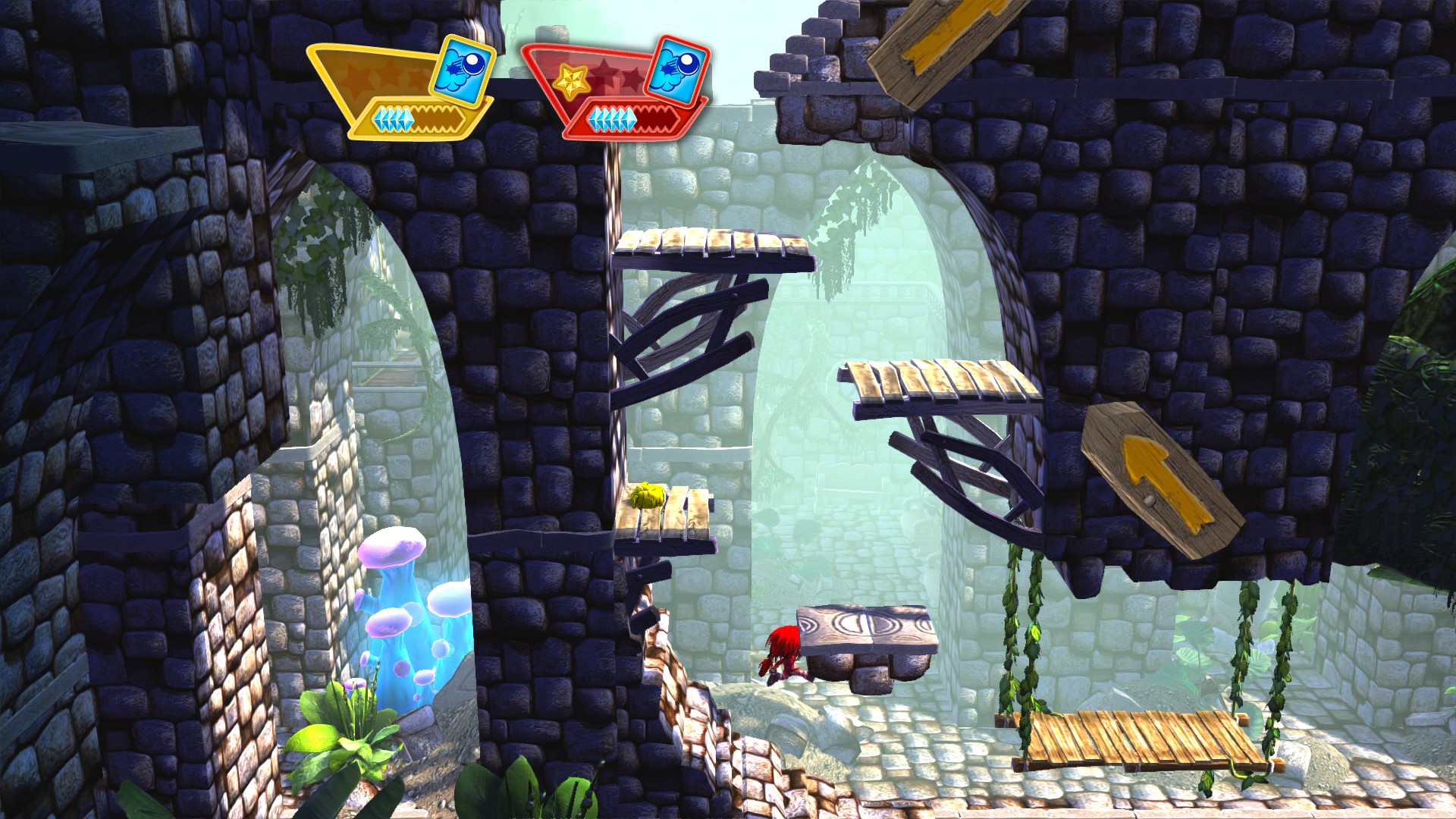 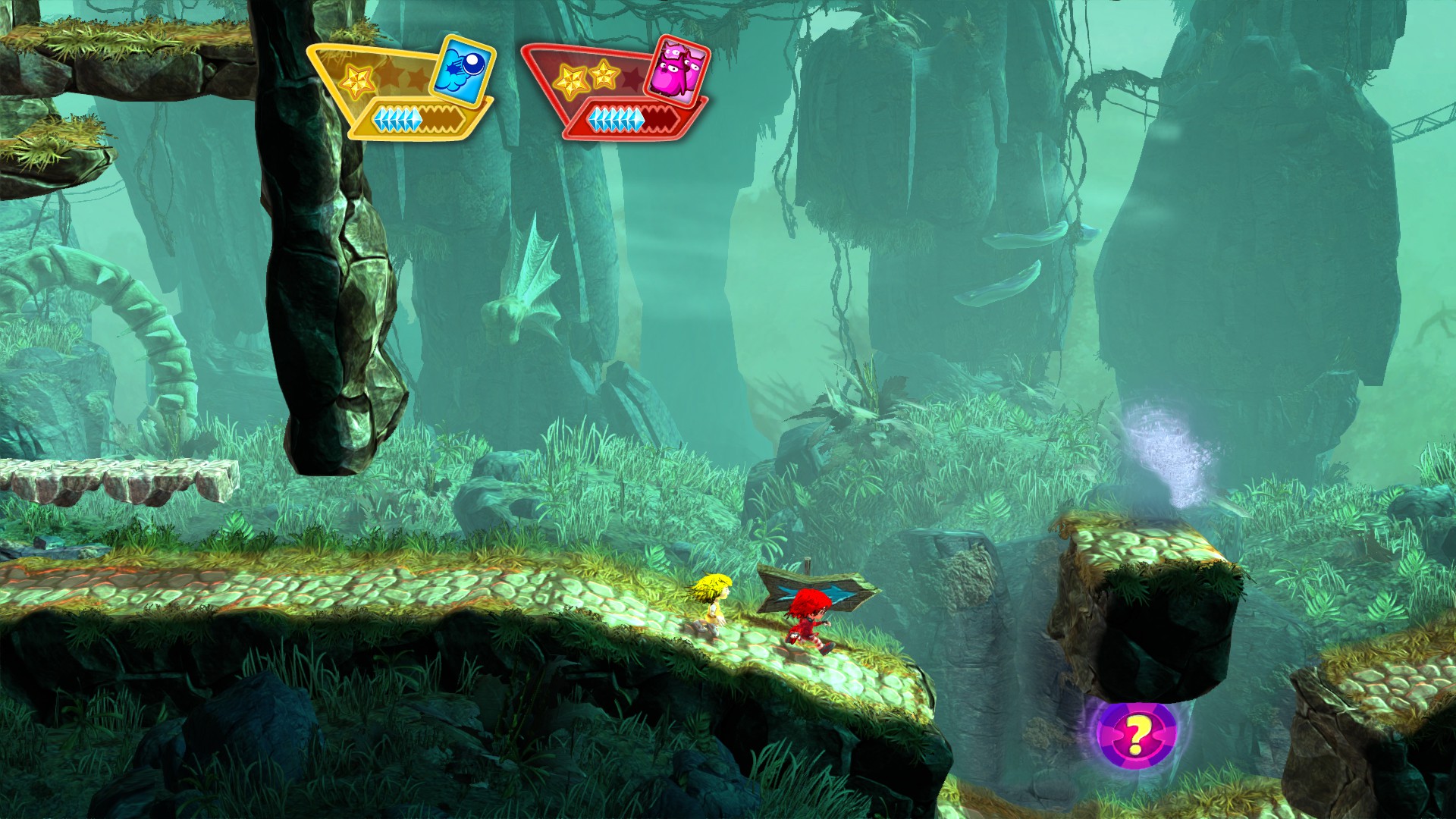 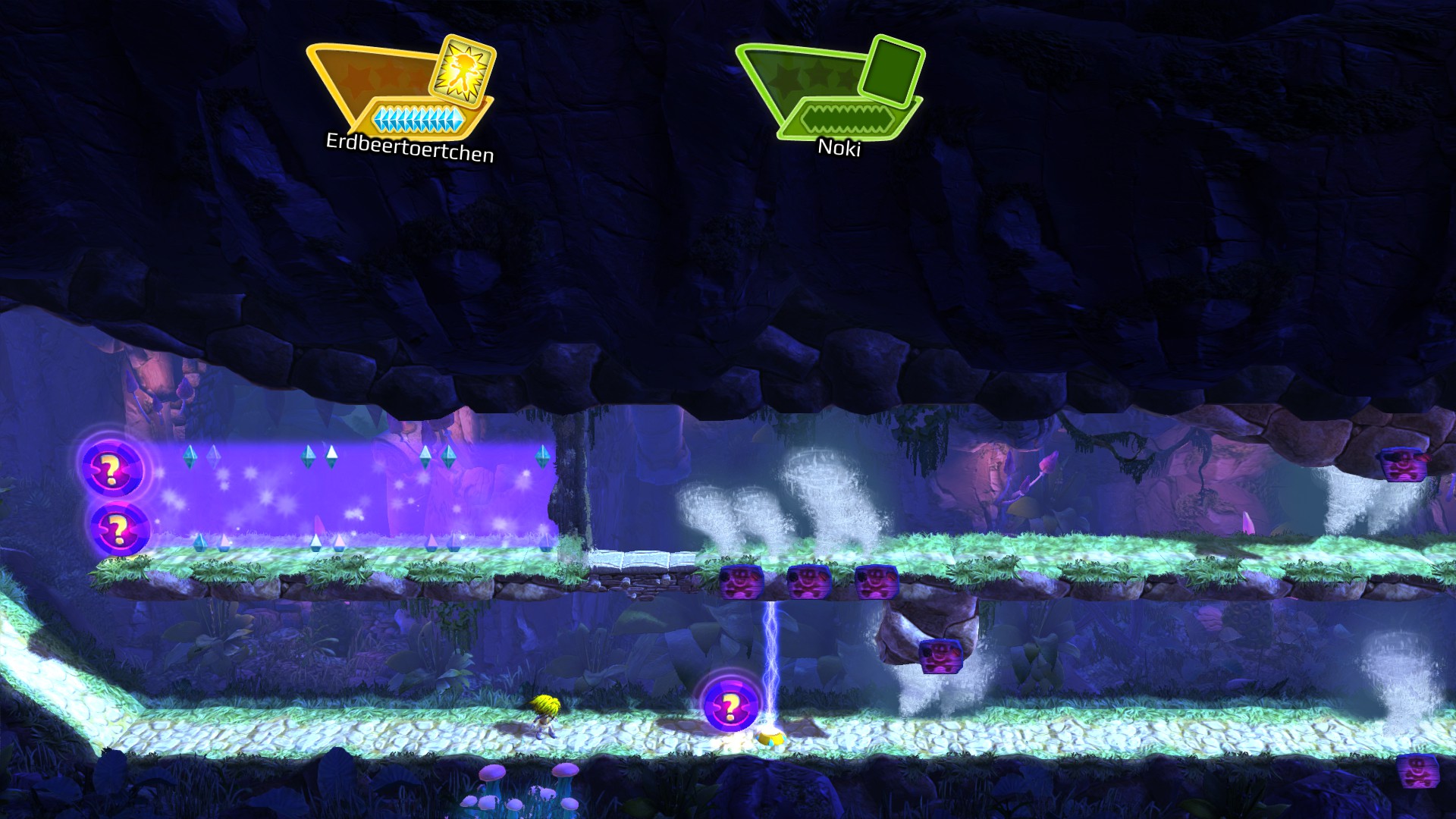 Visit the site of this game: http://blog.black-forest-games.com/
View this game on Steam: http://store.steampowered.com/app/352900/


Race to the finish in Giana Sisters: Dream Runners, a fast-paced, head-to-head platformer for up to four players.
Run and jump, dash and smash, daze and teleport, morph and cannon… oh you get the idea: mess with your opponents!
The game pits up to four players (or AI opponents) against each other in local and online competition, speed-running for the finish in an effort to push each other off the screen with the help of boosters and power-ups.
Switch the level layout on the fly as you rush through dreamgates. Collect gems to fill your speed booster and use your power-ups to knock out the other players and claim victory!

Key features:
• Competitive pick-up-and-play platforming game
• Supports a party of up to four simultaneous local & online players
• Be faster than your opponents, push them off the screen and win!
• Use your arsenal of boosters and power-ups to blast your opponents off track
• Nine levels to race, four characters to unlock
• Dual soundtrack: Chris Hülsbeck along with Swedish heavy metal legend Machinae Supremacy