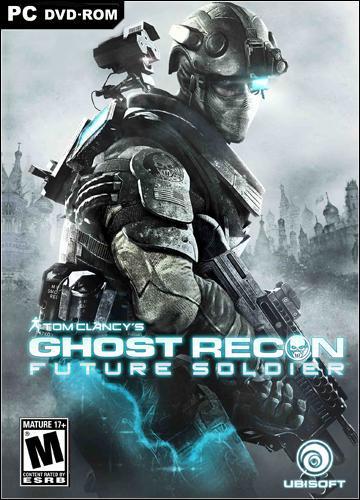 Uploaded: 31.12.2019
Content: Ghost_Recon_Future_Soldier_81.txt 0,62 kB
Loyalty discount! If the total amount of your purchases from the seller GameCod more than:
If you want to know your discount rate, please provide your email:

Tom Clancy´s Ghost Recon: Future Soldier is a new tactical shooter in the famous Tom Clancy’s Ghost Recon game series, which takes players to the very epicenter of covert operations in Europe, where a large-scale battle unleashed against fictional rationalist groups. In the ongoing war, players will have to use their distinctive skills using a huge arsenal of available weapons, as well as the ability to work shoulder to shoulder with their team members to successfully achieve their goals. Additional game features include: optical camouflage, the ability becomes invisible, new defensive means through heavily armed ground and air combat drones, single player campaign, co-op and a variety of multiplayer modes.

Game Features:
- Merge together with any environment using optical camouflage.
“The presence of an egzoskeleton with the Phantom allows him to increase his physical abilities, so his running, jumping, moving and hitting are more powerful and faster than any other soldier today.”
- Unprecedented sportiness and compelling dexterity in close combat are now at your disposal.
- Control new unmanned vehicles and air combat drones.
- Multiplayer 8 by 8, rival and cooperative modes that allow players to use the rewards received in Campaign mode.

✅ Minecraft From the Shadows Skin Pack XBOX ONE Key 🔑