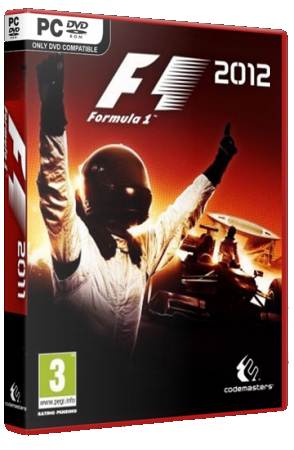 Uploaded: 10.09.2014
Content: 142.jpg 6,51 kB
Loyalty discount! If the total amount of your purchases from the seller Nickcd more than:
If you want to know your discount rate, please provide your email:

Instant delivery! Activation Key Code for the game Formula January 2012 (F1 2012) is displayed in the browser immediately after ordering!

F1 2012 - a new part of the world-famous series of racing games. In this game, each player will be able to feel like a real racer Formula 1. You will not only participate in the race, but also to give interviews to reporters, to improve his car, build relationships with your team and to do everything to become the number one driver!

In the Champions League you will meet the real drivers - Kimi Raikkonen, Lewis Hamilton, Jenson Button, Fernando Alonso, Sebastian Vettel and Michael Schumacher. Beating each in a tense showdown, you'll be able to prove their superiority and become the owner of the title.

The game features all the official teams, drivers and tracks from the Formula 1 championship of 2012.

Unique engine from Codemasters allows the game look almost photorealistic. It is sometimes difficult to distinguish a screenshot of the game from the photographs of the championship. System change of weather, physics and damage model have also been fine-tuned and brought to light.

F1 2012 - this is the most realistic and as close to real racing simulator at the moment. The game will be interesting both for Formula One fans and all fans of virtual racing!

Obratine note:
• The game works in any country (Region Free), but it can be activated only in the CIS, can help with activation (Activate for you).
• Language games: Multilanguage.

Activation key Formula January 2012 (F1 2012):
1. You need to download and install Steam http://steampowered.com/download/SteamInstall.msi (if not already installed)
2. Register novvy Steam account or log into an existing.
3. Go to the "My Games" and select "Activate via Steam ...", read and agree to the Steam Subscriber Agreement and enter the key received immediately after the payment.
4. After activating the game Formula January 2012 appear in the list of games and you can download it from steam. The installation process (download) takes about 15-50 minutes (depending on your internet channel).

You can also pay attention to other games in this series:
Formula January 2010 - https://plati.market/asp/pay.asp?idd=1025293