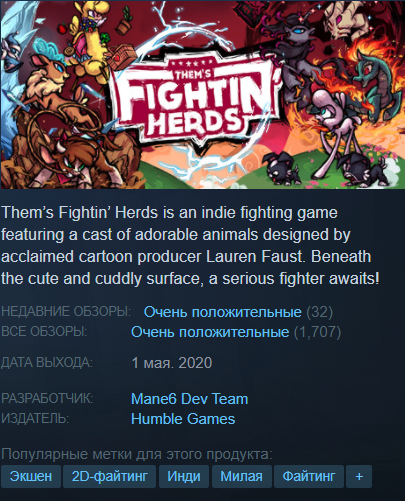 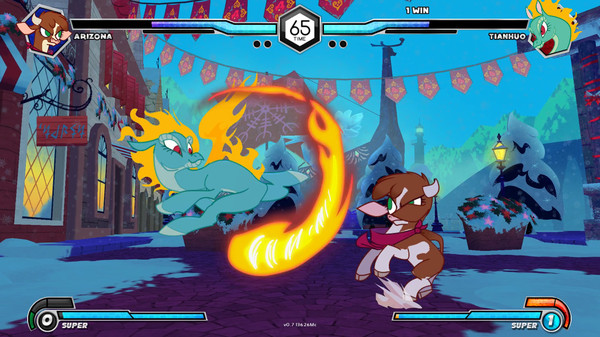 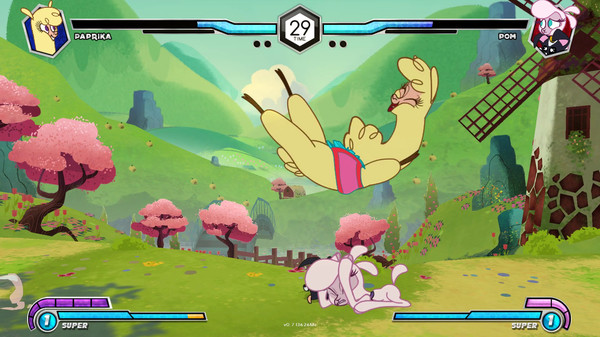 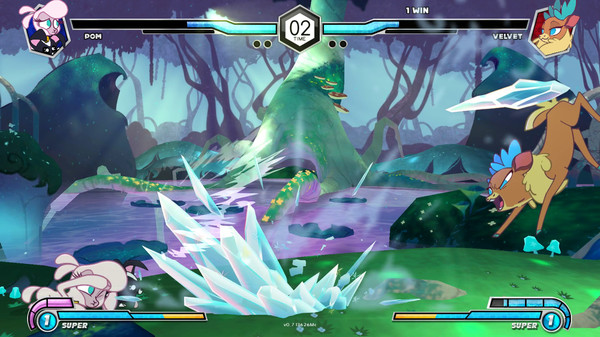 DigiCorp information about the seller and his items
onlineAsk a question

Them’s Fightin’ Herds is an indie fighting game featuring a cast of adorable animals designed by acclaimed cartoon producer Lauren Faust. Beneath the cute and cuddly surface, a serious fighter awaits!
Combat Features
4-Button Fighting - A (Light), B (Medium), C (Heavy), D (Magic).
Magic System - Emphasize your character’s special abilities through a dedicated button and a unique resource.
Enhanced Super Attack - Spend an additional bar of meter during your super for a bonus utility effect.
Juggle Decay - An infinite-prevention system that manages combo length without imposing hard limits.
Dynamic Music System - Rockin’ character themes adapt in the heat of the battle to make every fight feel like a clash of champions.
Rollback Netcode - Battle across the globe with little to no input delay, all thanks to GGPO.
Game Modes
Local Versus and Online Matchmaking - Play at home or fight worthy opponents on-demand.
Tutorial and Training Modes - Learn the ropes with guided tutorials, or practice on your own with a fully-featured, data-rich training room.
Combo and Target Challenges - Test your skills in character-specific sets of combo trials and target-smashing obstacle courses.
Pixel Lobby - An online visual lobby system that sets players free to interact and explore in a top-down overworld with nostalgic style. Customize your avatar with cosmetic items collected through various single-player and multiplayer modes.
Salt Mines - A unique melding of fighting game and dungeon crawl that pits Pixel Lobby players against waves of predators and each other in a contest of glory... and hats!
Story Mode - An episodic adventure filled with exploration, narrative, minigames, and boss fights! Travel with each character in their quest to recover a magical key that will save the world of Foenum from vicious predators. Chapter 1 (starring Arizona) is available now, with subsequent chapters to be released in the months following, free of charge.