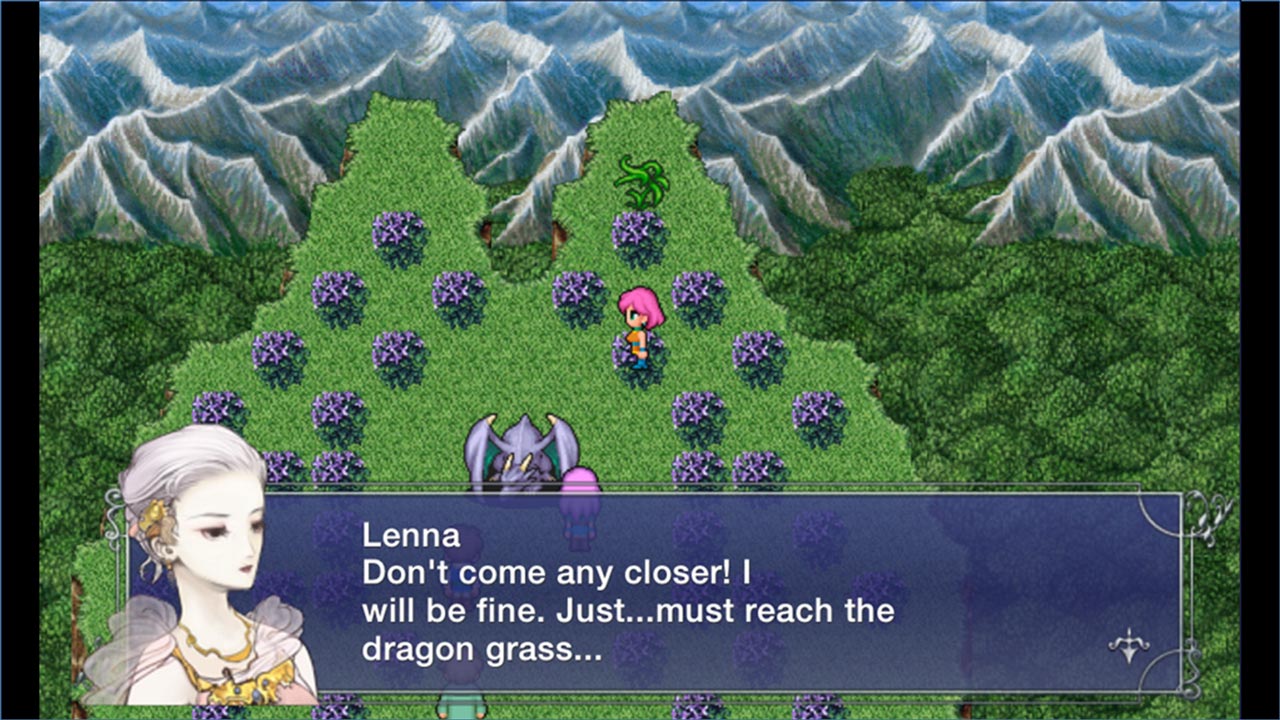 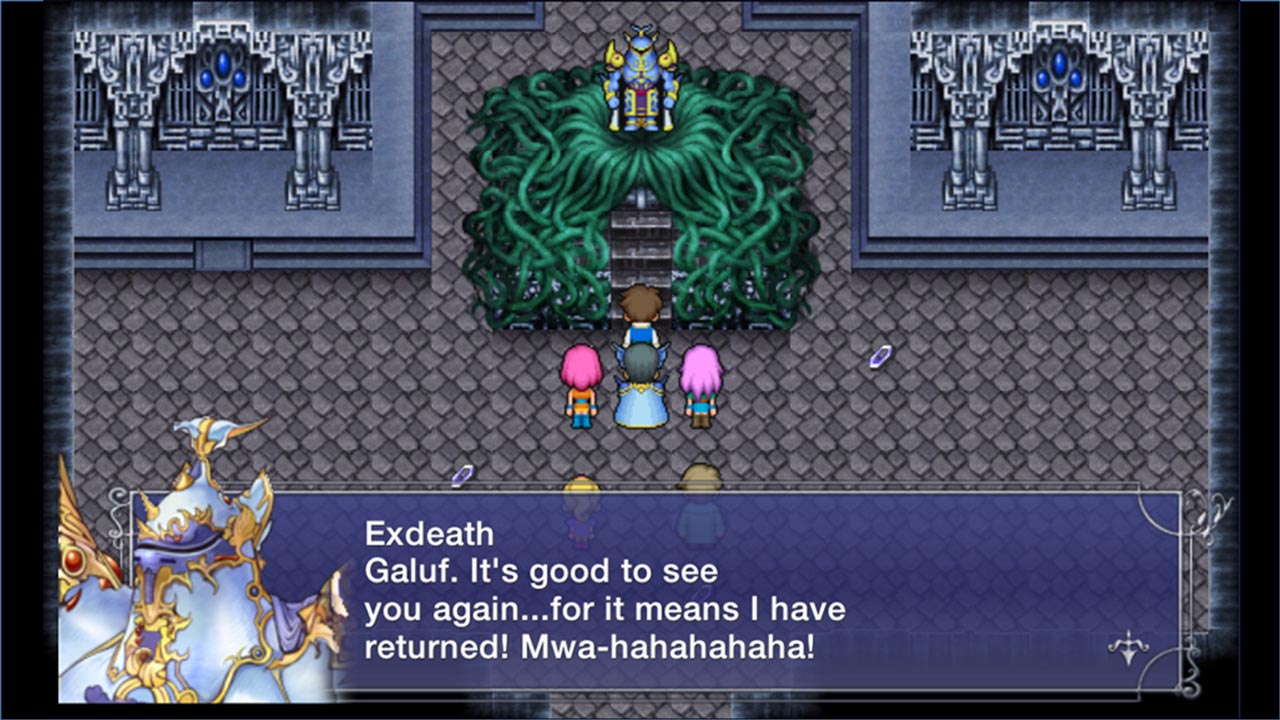 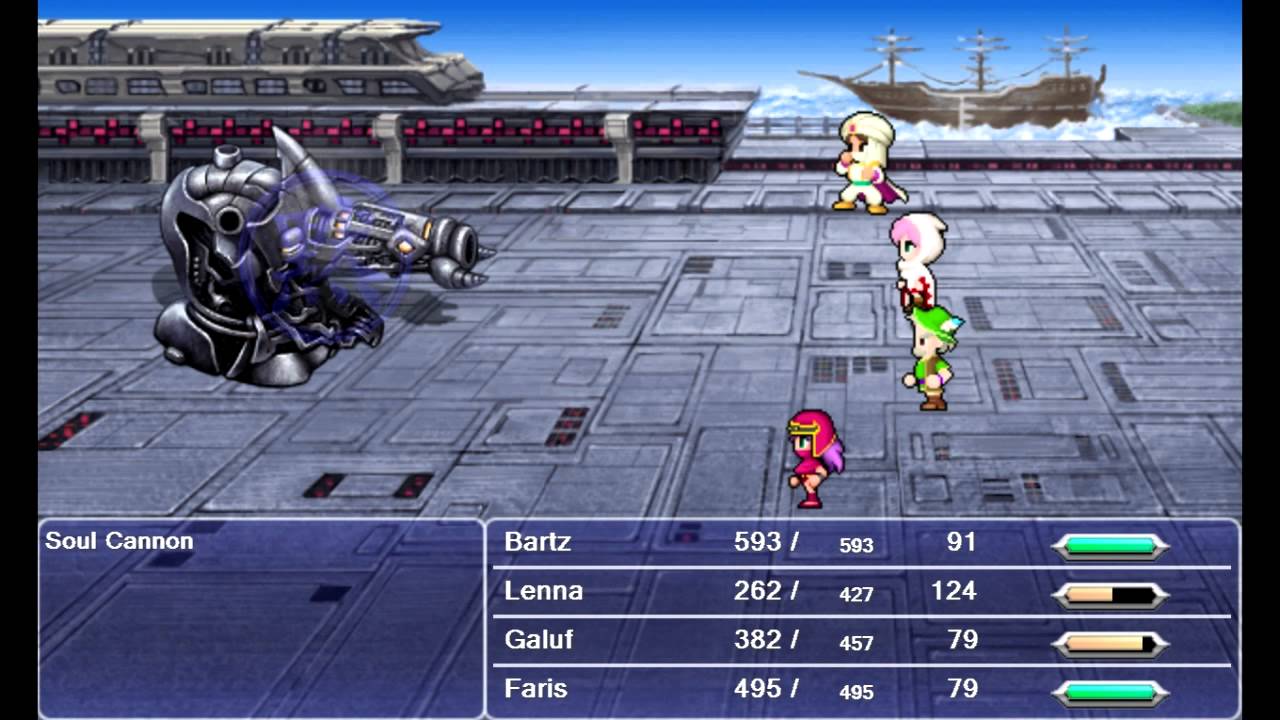 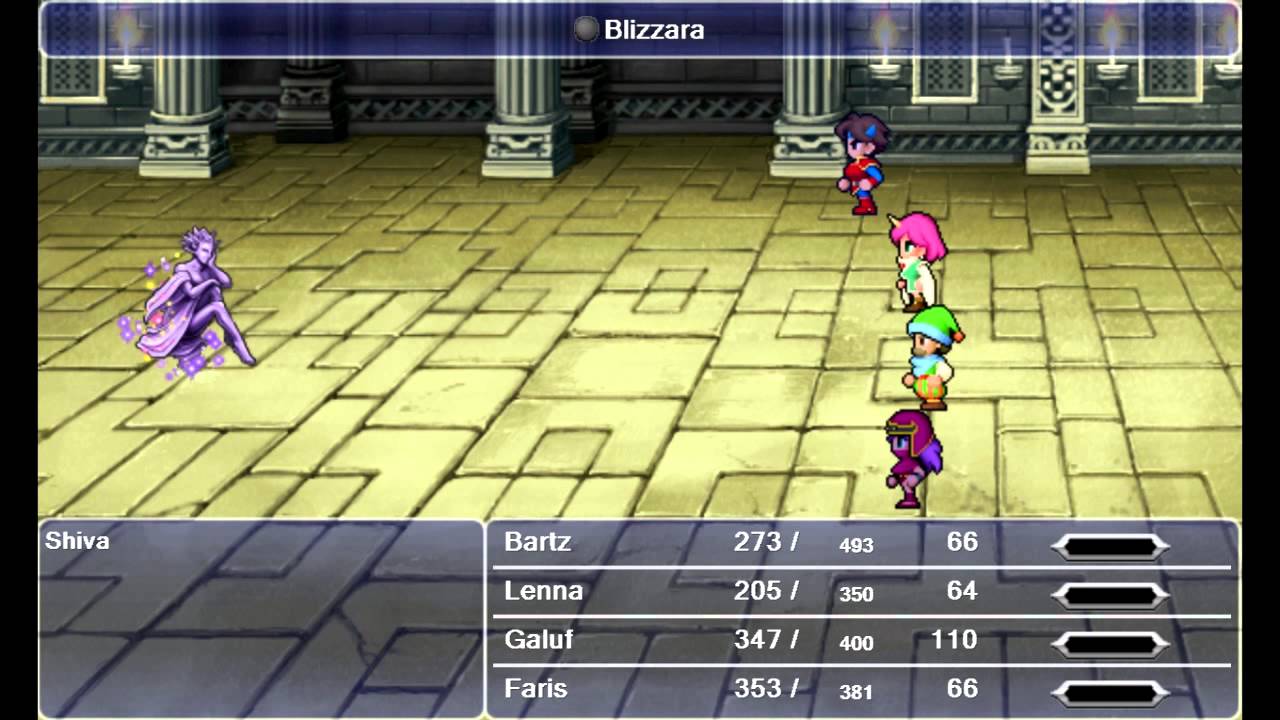 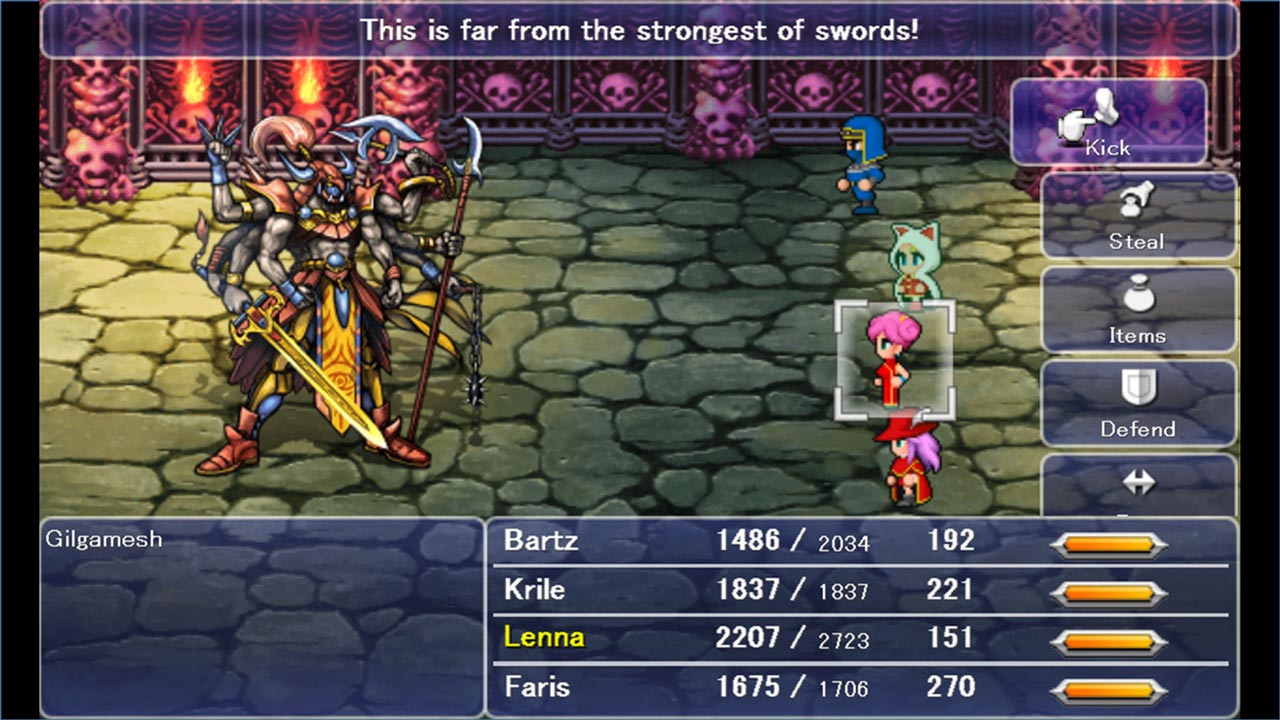 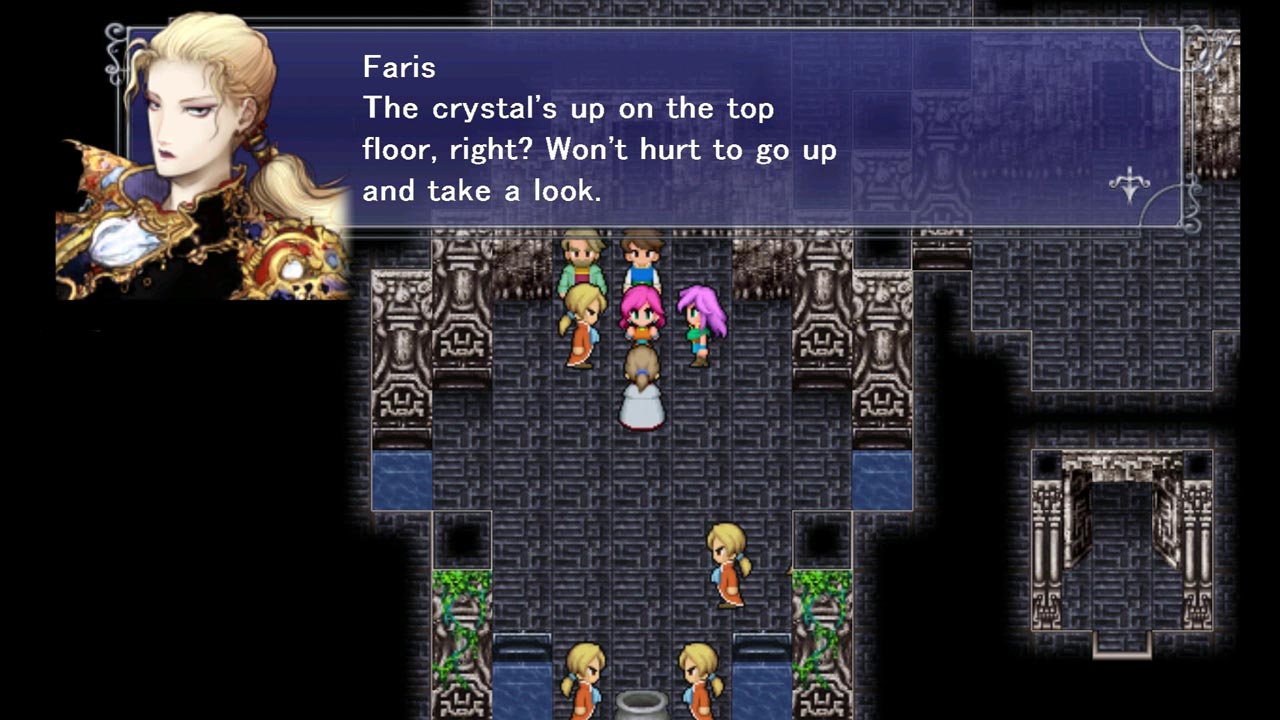 ======================================
Elements crystals are the lifeblood of the planet. They make the wind blow, causing waves on the seas, forcing the fire to burn and fill the earth life. Everything seemed perfect in this world, as long as the wind does not stop blowing, the seas came the calm, the fire began to give less heat, and the earth dry. King Tikun, sensing the approach of a large evil, went in a hurry to check the Wind Crystal. The only thing he saw - his self-destruction.
At this time, a young traveler named Batz resting in a field and witnessed the fall of a giant meteorite. When he went to examine it, he found only a young girl Lenn, who is a princess and Tikun old man named Galuf performing a very important mission. As a result, the company, together with the captain Faris pirates, who will join the group later, go in search of shredder crystals to save the planet from destruction.

In Final Fantasy V was made many improvements gameplay than previous games of the series. In it there is an improved system of professions and skills, advanced ATB battle system is turn-based, and many other signs of the cult classic Final Fantasy series.