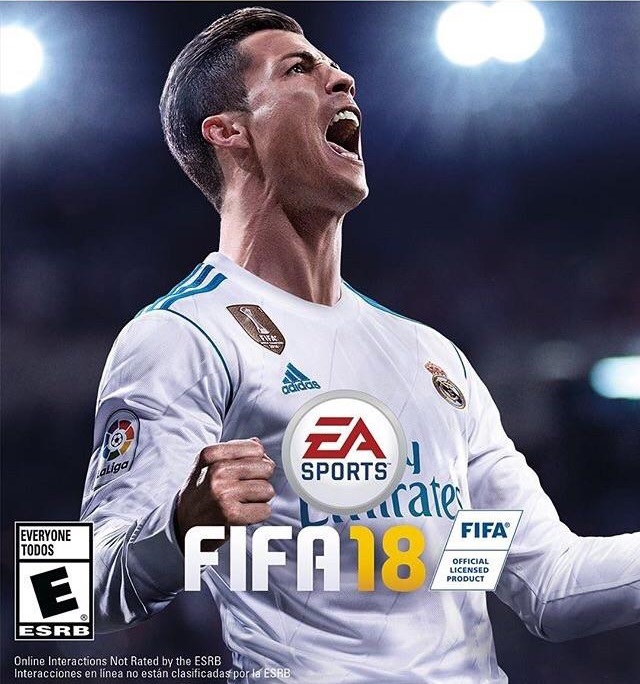 Uploaded: 24.10.2021
Content: text 24 symbols
Loyalty discount! If the total amount of your purchases from the seller mrakk more than:
If you want to know your discount rate, please provide your email:

✅ FIFA 18 LICENSE KEY IS DISPLAYED IN THE BROWSER WINDOW AND COME TO YOUR E-MAIL AUTOMATICALLY AFTER PAYMENT !!!

Are you ready for the greatest season in history? FIFA 18 based on Frostbite erases the boundaries between the virtual and the real world, thoroughly recreating players, teams and the atmosphere of real football.

Football rules the world
- FIFA 18 based on Frostbite blurs the boundaries between virtual and real, thoroughly recreating players, teams and the atmosphere of real football.
Real Player Motion Technology
- FIFA 18 introduces a new animation system that provides a unique level of response and reveals the personality of the player.
History: Hunter Returns
“The whole world is talking about Alex Hunter.” A new season will begin soon, and there are rumors that Alex Hunter may move to another club.
Start an unforgettable season
- Legendary players, six new archetypes, a new position selection system and other innovations provide an immersion in the world of the great game.
FIFA Ultimate Team
- The best of the best - in FIFA 18. Play with such legendary players as Ronaldo, Diego Maradona or Thierry Henry. This summer we will talk about other FUT game features and the game’s idols.
Realistic stadium atmosphere
- Such details as the exact location of the Sun, the cinematic transmission of atmospheric effects, the exact reproduction of the characteristic features of the field and banners of a particular club or stadium, adaptive comments - and not only this creates a real atmosphere of a football match.
Team Styles and Positioning
- Thanks to the new team styles in the game there are all the most recognizable tactics of the best teams in the world. Now you will have more time on the field for reading the game thanks to the new position selection system, and improved tactics create new opportunities for the combination game.

Activation Key:
1. Download and install the program Origin (http://www.origin.com/download).
2. Start Origin.
3. Select an interface language, and the place where the game is installed.
4. Go to "Origin-activate the product code."
5. Enter key. After that the game will appear in the games library, where you can download it and play.