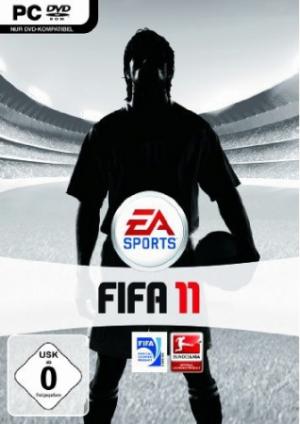 GGShop information about the seller and his items
offlineAsk a question

In an expanded edition includes:

The new system allows Precision Dribbling better retain the ball even in limited space. This means that players will have more time for decision-making in attack and more opportunities to control the pace of the match. System Tactical Defending responsible for the arrangement of players on the field and their acts of interception the ball.

By good tactical coordination and synchronization in the new part of the series dramatically increase the efficiency of team defense. Managed advanced artificial intelligence athletes will take more informed decisions, taking full advantage of their best qualities and skills teammates.
EA SPORTS FIFA 12 Ultimate Team is a huge online community of fans, which creates, manages and plays teams of the best players of the world in FIFA 12.

What is the golden package FIFA 12 Ultimate Team?

Improve your superkomanda and get their cherished gold packs monthly. In each set you will find 12 items, among them - the players, contracts, stadiums, coaches, staff, fitness, medical services, balls, sets of forms and icons.
The players get the gold sets with a score higher than 75 and a rare thing. Among the rare items found improved performance player a contract extension, and the best players.

This key can not be activated on Steam.

Activation:
1. Download and install the EA Downloader. (Http://files.ea.com/downloads/eacore/eadm-installer.exe)
2. Start EADownloader.
3. Select the language and the place where the game is installed.
4. Go to the "Activation".
5. Create a new account or select an existing one.
6. Enter a key received after the payment, and the same username / e-mail and password for your academic record and click on "Account".
7. After the game activation tab appears with your profile and the list of activated games.
8. Select FIFA 12: Expanded Edition, and click "Start".
9. Download and install the game.

FIFA 12 Ultimate Team
EA SPORTS FIFA 12 Ultimate Team is a huge online community of fans, which creates, manages and plays teams of the best players of the world in FIFA 12. Join the community, which is already more than 2 million players, and create a team of the best players in the world: and sell buy players, changing them with other users Ultimate Team from around the world. Create your Superclub as well as do the coaches and team managers in real football. Takes his team on the field and compete with friends if you want. Create different teams, manage, and apply to participate in online and single tournaments which are updated weekly. Get access to your Ultimate Team online, all your actions will be reflected in the game on your console, system or computer. Get full access to trade and auctions, manage the team spirit and look for cherished players in the market.

Related to item "FIFA 12 Advanced Edition. In stock. The key once.":