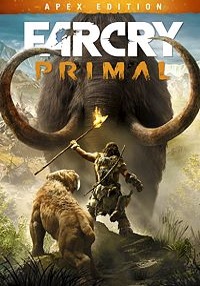 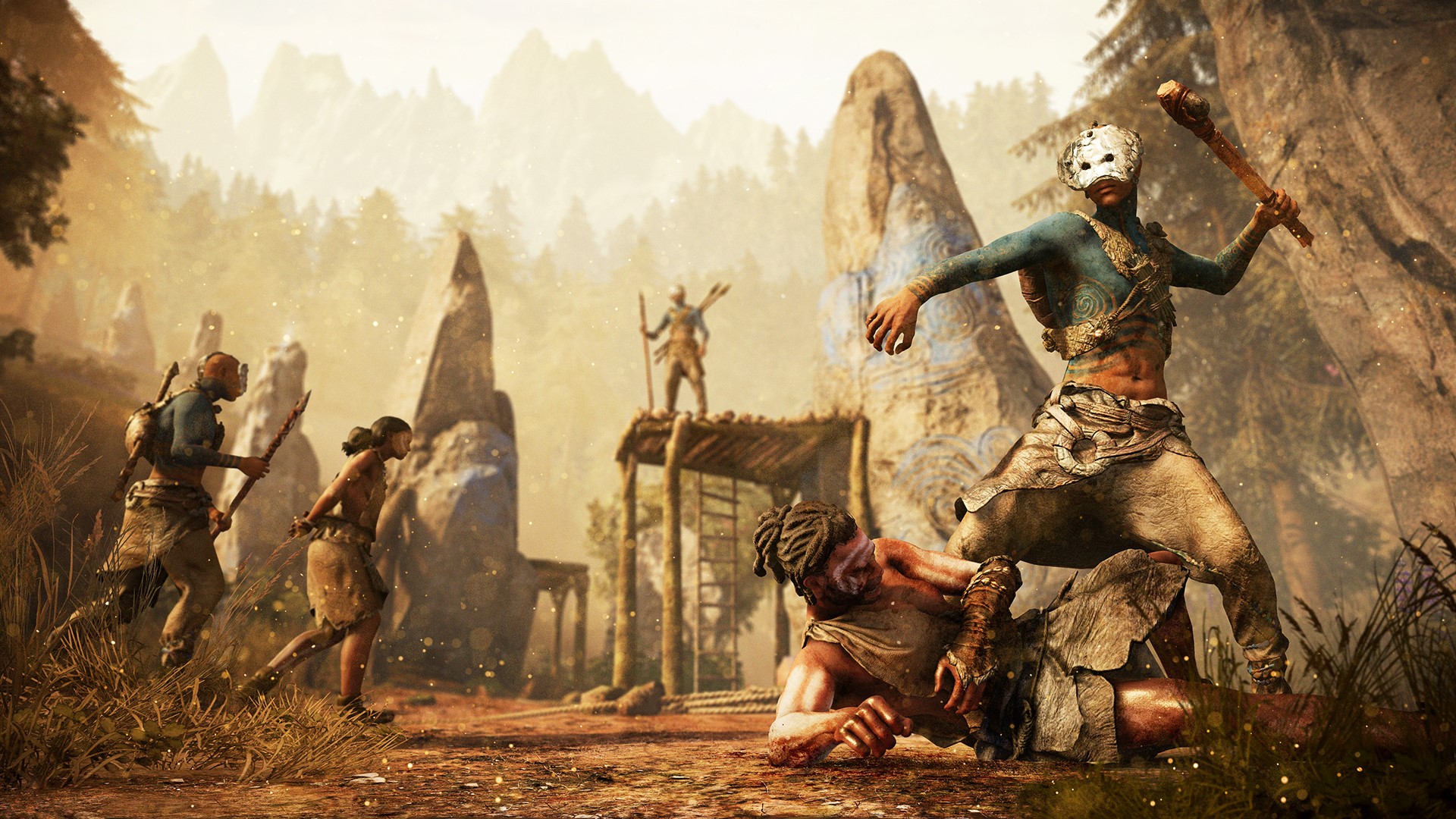 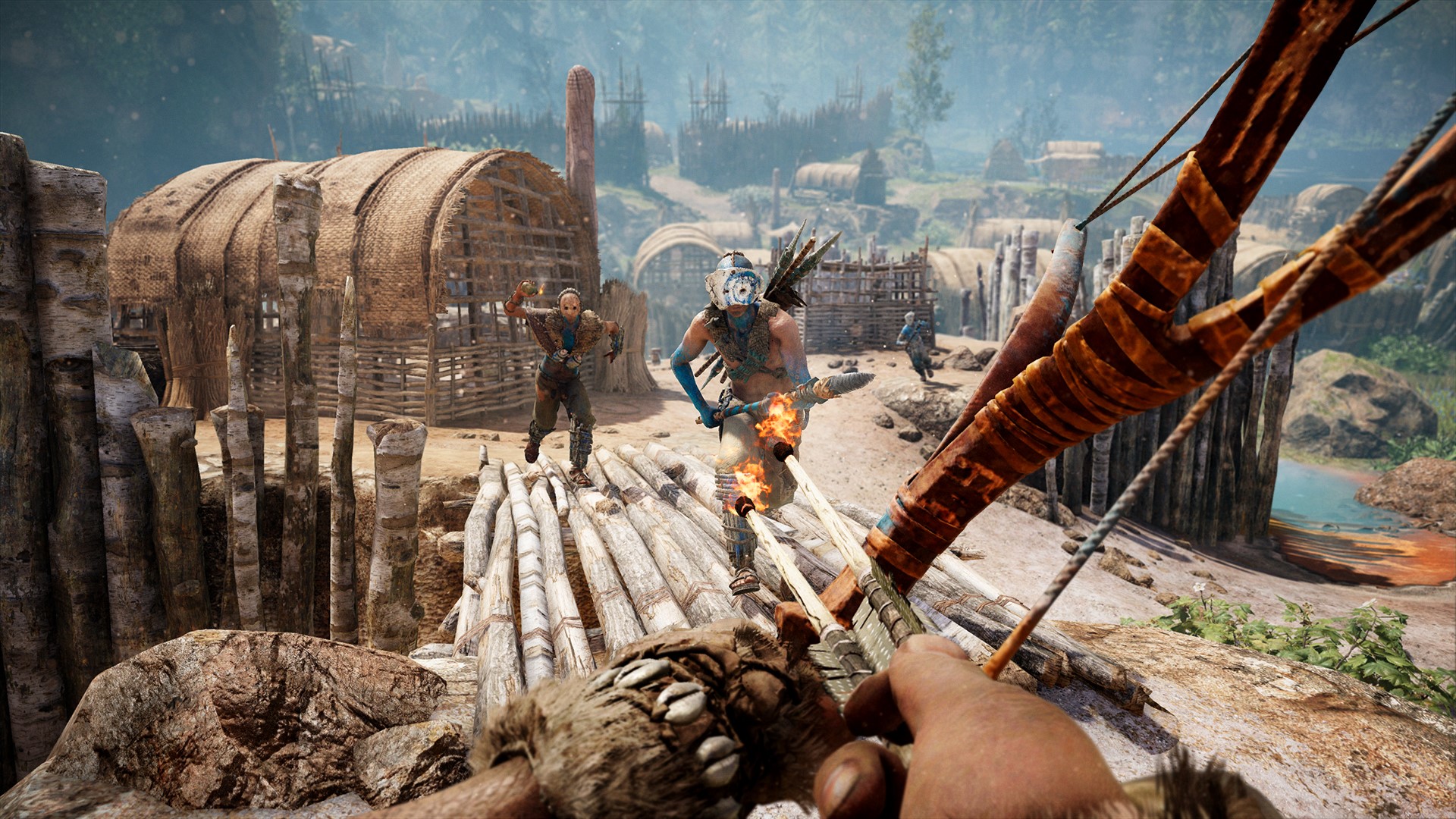 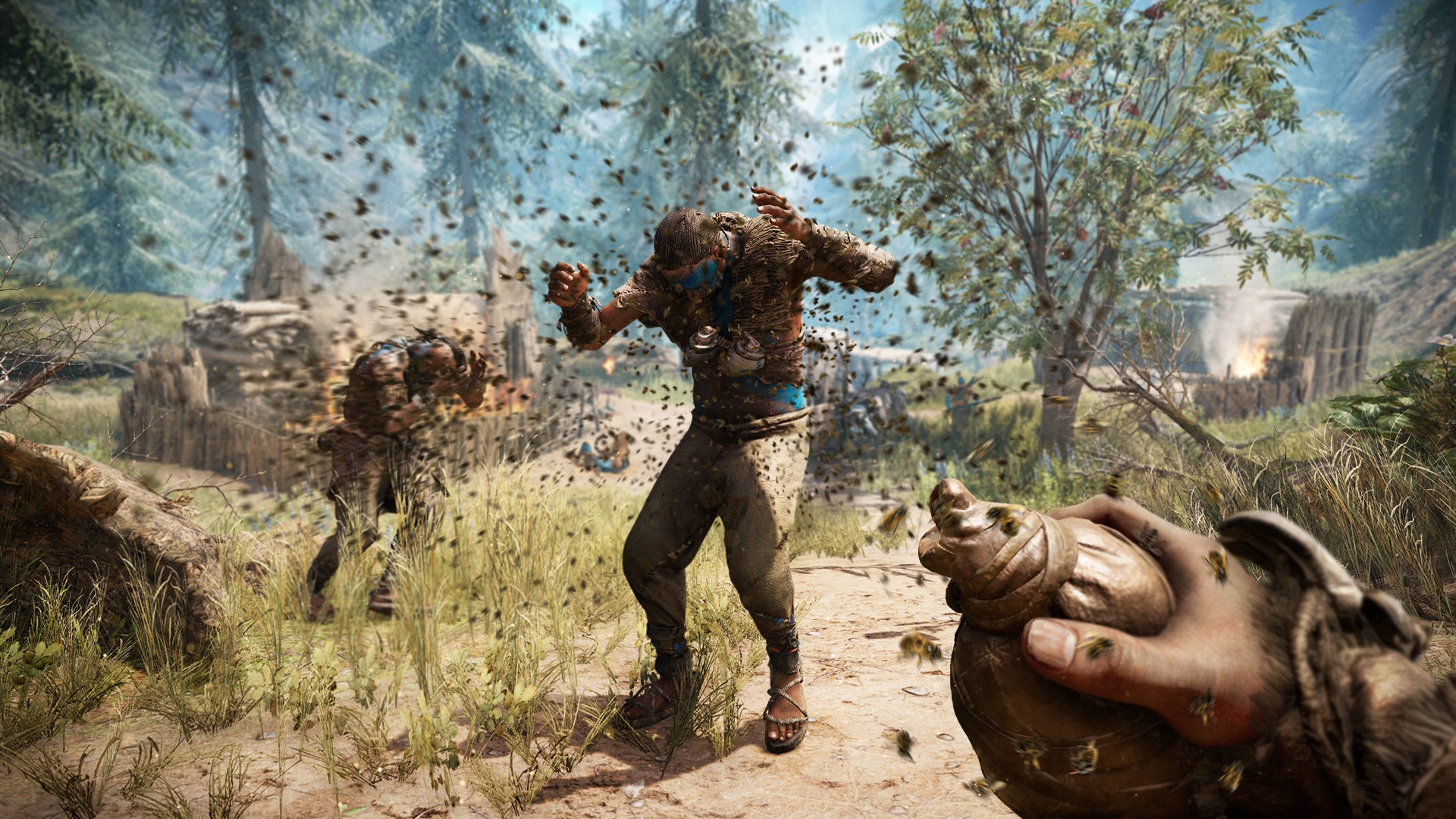 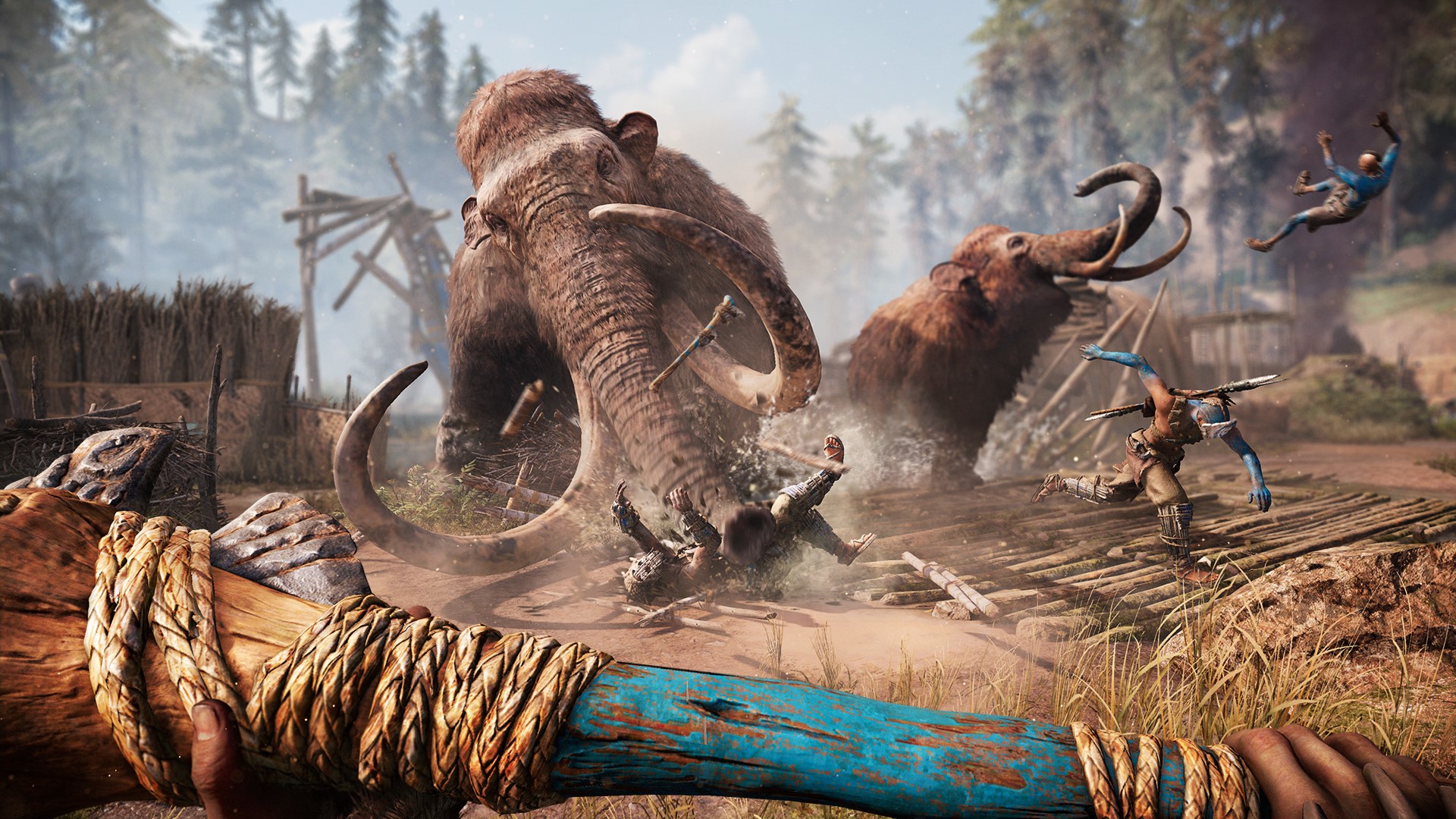 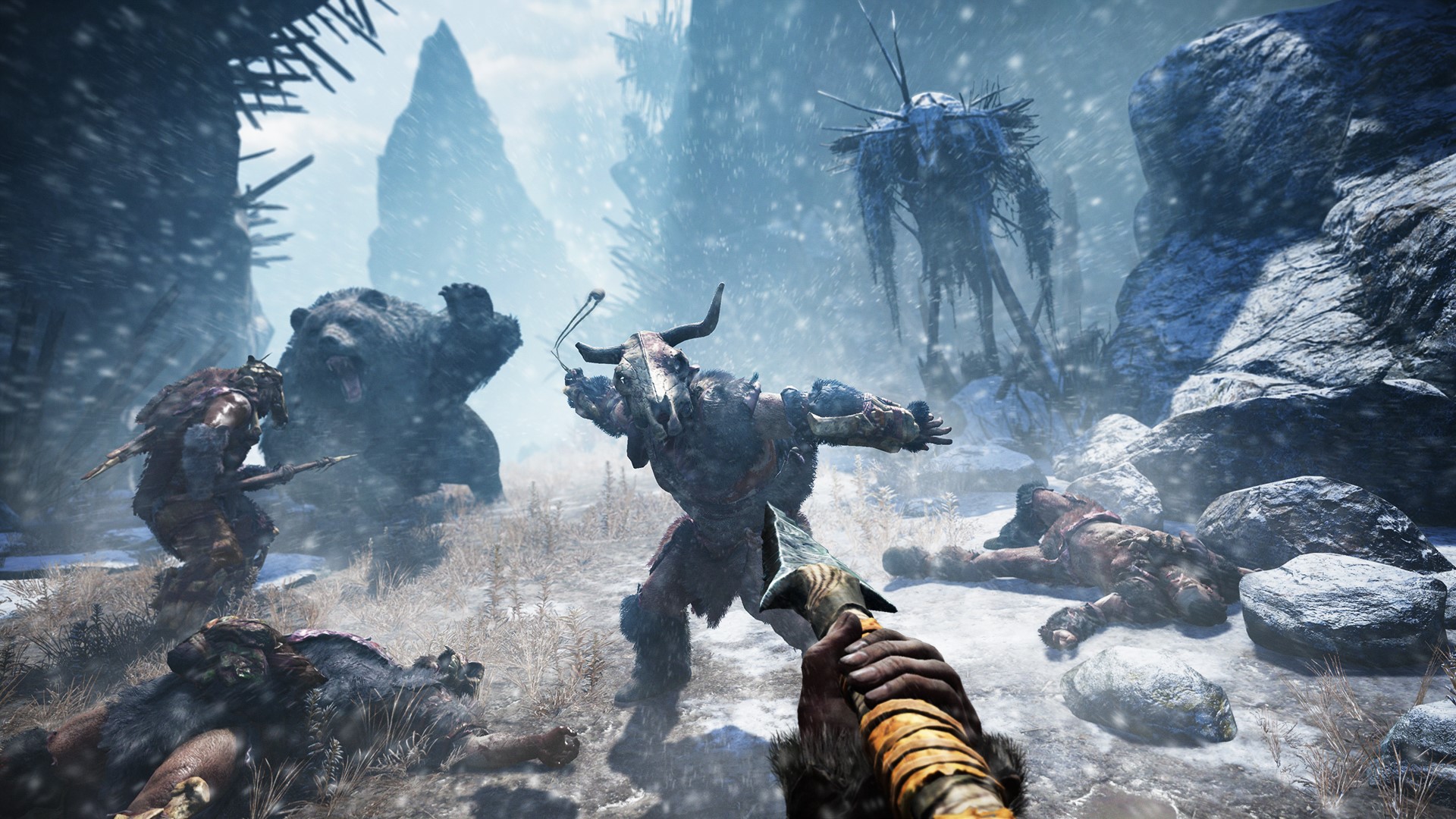 The composition of the publication:
LEGEND ABOUT MAMMOTH: 3 additional tasks.

THE DUEL OF ANIMALS.
Rhino decided to challenge you. Fight with him among the rocks and overcome all his flock to show who is the owner of these lands.

ELDER IN THE TRAP.
Ruthless hunters caught your leader. Trample their camp and free the prisoner.

HUNTING FOR HUNTERS. It´s time to get revenge. Let your flock turn against those who destroy your kindred.

NEW WEAPONS - CHASTIES BLOOD:
A cudgel of bone, spiked with teeth and covered with the blood of enemies. She once belonged to Ulla, the evil leader of the Udam.
Dubin can not be broken or burned.

SET "SOVA": get early access to resources for making items. Put on your hands the special marks of the Vinge tribe. The feathers of the color of a thundercloud will give your owl a unique look.

SET "MAMMOTH": get early access to the recipe for a potion that increases stamina. Mysterious ashen mammoths will appear in Urus.

BOMB SET: two extra bombs will help you survive in this harsh world.

The Far Cry series, which has given you insane adventures in the tropics and in the Himalayas, this time will take you to the place where the struggle for survival will become more intense than ever. Among the picturesque open spaces of the world inhabited by an amazing fauna, anything can happen to you. Be prepared for the unexpected! You will find yourself in the Stone Age, which means in mortal danger. The land is entirely owned by mammoths and saber-toothed tigers, and man is somewhere at the beginning of the food chain. You are the last survivor of a group of hunters. You have to make a deadly weapon, protect yourself from wild animals, fight with hostile tribes for the territory and prove that you are not a prey, but a predator.

Game features:
STONE AGE IN THE WORLD FAR CRY: you are waiting for crazy adventures, incredible dangers and unforgettable stories in the best traditions of the Far Cry series.
FIGHT FOR SURVIVAL: Your character´s name is Thakkar. He is the only surviving hunter from his group. In his life there is only one goal - to survive in a world where a man is considered easy prey.
AMAZING WORLD OF WILD NATURE: this is how the Earth looked before man began to change it. Ferocious saber-toothed tigers, huge woolly mammoths and powerful moose feel like real owners here. Here is an open world where amazing creatures live and giant trees grow. Explore the ancient edge of Urus with its impassable forests, snow-covered mountain slopes and treacherous swamps.

Installation Instructions:
Download and install Uplay (if not already installed);
Register an account in Uplay or enter an existing one;
Go to the "Games" section and select "Activate the product ...", read and agree to the agreement of the Uplay subscriber and enter the key received immediately after payment;
After activation, the game will appear in the list of games and you can download it from Uplay. The installation process (download) takes about 10-60 minutes (depending on the available Internet channel).