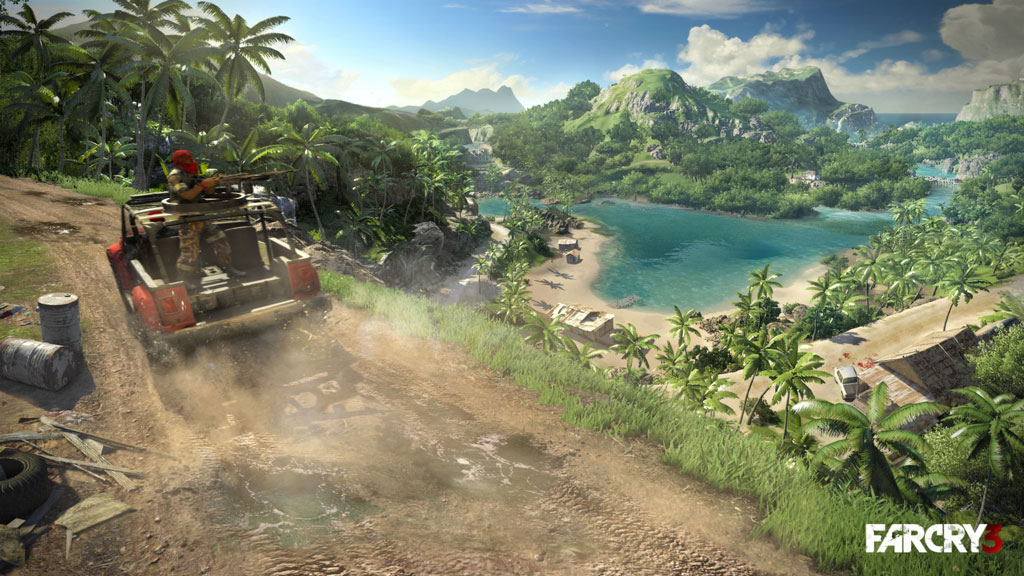 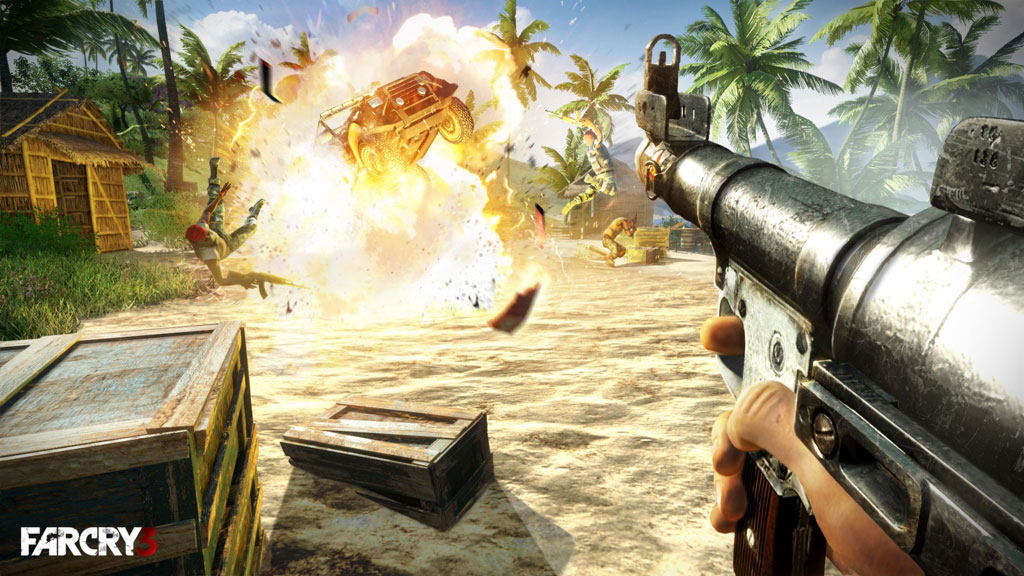 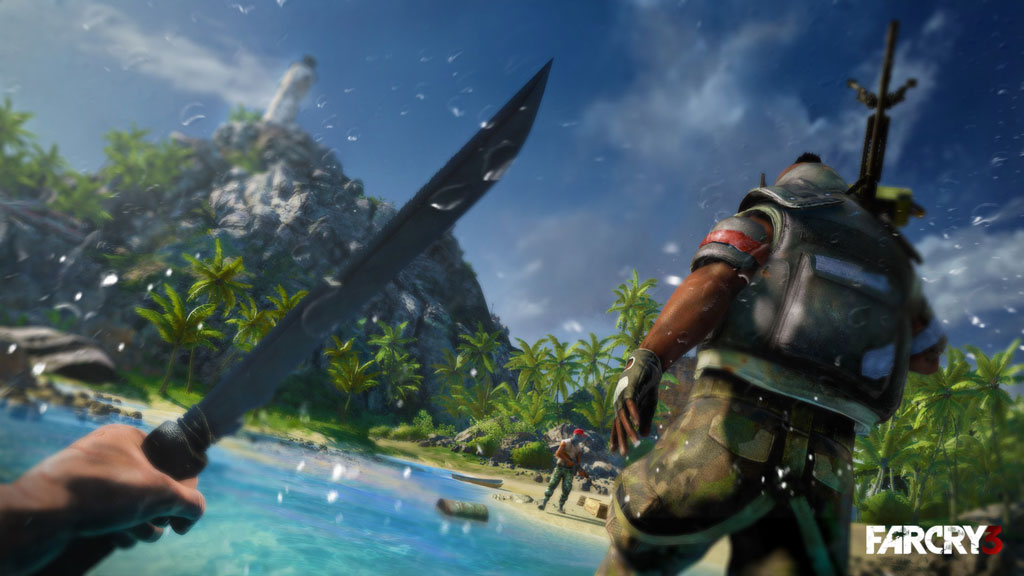 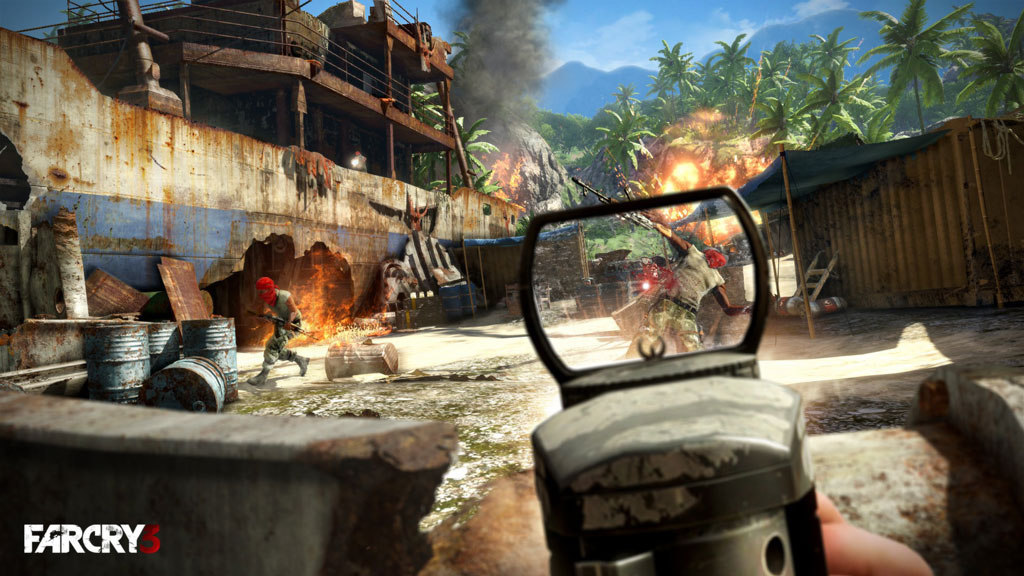 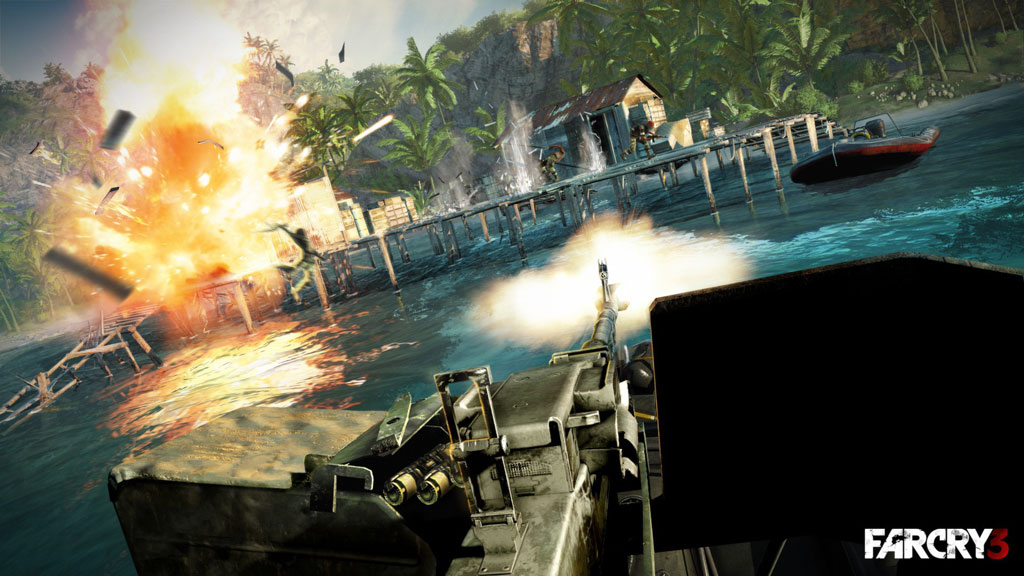 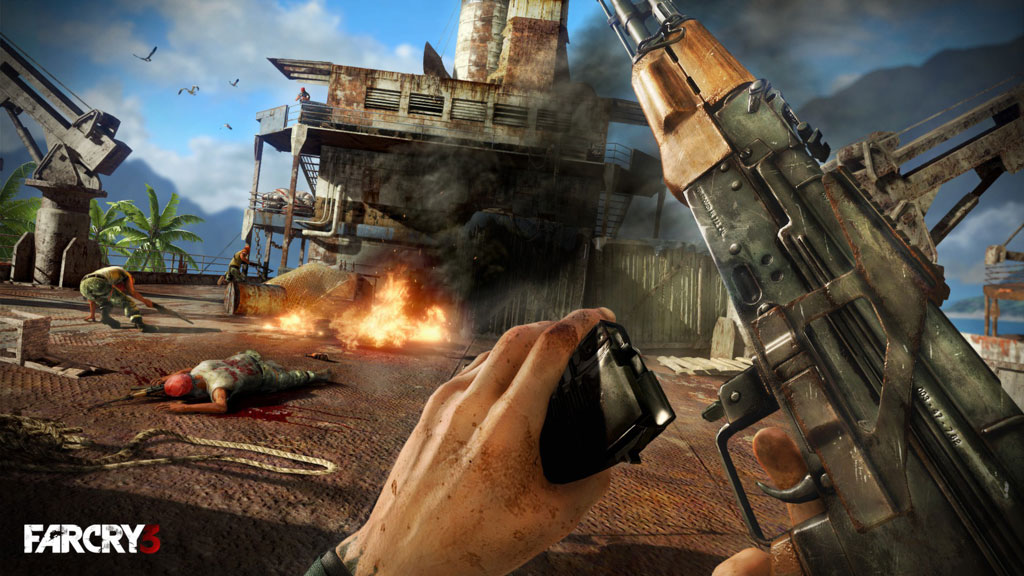 • Far Cry 3
• Set "The Monkey Business": Includes the character Hark with his exploding bombing monkeys, four intense missions with his participation and two bonus humiliations for multiplayer.
• Forgotten Expeditions: Discover all the secrets of the remains of the island from the Second World War in two exciting missions, and unlock the power of a shotgun in a rocket launcher in multiplayer mode.
• Set "The Warrior": Sow terror in your enemies with a unique dagger and get early unlock tattoos in multiplayer mode.
• Set "The Predator": Hunt four ferocious animals with the M-700 "Predator" rifle
• Book with arts "The Survival Guide". Discover unique art and insights to help you survive on this insane island.
• Soundtrack of the game


Far Cry 3 is an open-world first-person shooter set on an island unlike any other. Where heavily armed warlords exchange slaves. Where unwanted guests are hunted for rewards. And as you take on a desperate mission to save your friends, you realize that the only way to avoid this rabble is to face it face to face.
• FIRST PERSONAL SHOOTER WITH OPEN WORLD. Create your own adventure. Choose your weapons, skills and where you will start the quest. It doesn´t matter if you like to shoot anything that moves, quietly eliminate opponents one at a time, or deal with them at a respectful distance - you can play the way you want, it´s you
• ISLAND OF DANGERS AND DISCOVERIES. Explore the entire island, home to mountain ranges and marshy plains as well as white sand beaches. Find relics, hunt exotic animals, play mini games and travel through land, water or air.
• DISCOVER A MEMORABLE STORY AND CRAZY CHARACTERS. Dive into the dark side of human nature and meet charismatic characters designed by a Writers Guild Award winner
• PLAY WITH FRIENDS IN A COMPLETE COOPERATIVE CAMPAIGN. Play online in a four-player campaign in which you will have to give your best and work together to prevail.
• ANOTHER GENERATION OF MULTIPLAYER GAME. An innovative reward system and team play in multiplayer. To level up, players must help each other with battle cries, revive teammates, and summon support weapons.
• USE THE MAP EDITOR TO CREATE AND USE NEW CONTENT. Far Cry´s powerful and easy-to-use map editor is back with new and improved features. The community of map creators provides a constant stream of brand new content, the best of which is seen by the whole world.
• ADVANCED GRAPHICS AND GAMEPLAY. Far Cry 3 is being developed by world-class designers

1. You need to download and install the Uplay client: http://uplay.ubi.com/ (if not already installed)
2. Launch Uplay
3. Create a new account or log into an existing one
4. With the application open, click the settings icon in the upper left corner, then select "Activate Product"
5. Enter the activation key you purchased
6. After that, the game will appear in the library of games and it will be possible to install it