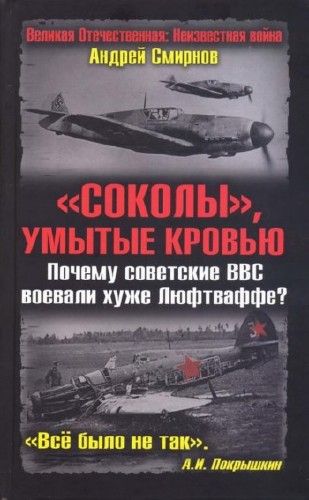 Drums information about the seller and his items
offlineAsk a question

Why did the Soviet Air Force Luftwaffe fought worse?

"It was not so" - the mark A. Pokryshkina in the fields of semi-official newspaper "Soviet Air Force in World War II" was the verdict of communist propaganda, which is almost half a century, repeated the "superiority" of the red star of aviation, "Resetting the Nazi vultures of the sky" and the complete air supremacy.
This sensational book, based not on the propaganda materials, and reliable sources - Battle documentation of authentic materials taking into account losses, not censored memories of soldiers - does not leave from the Stalinist myths stone unturned.