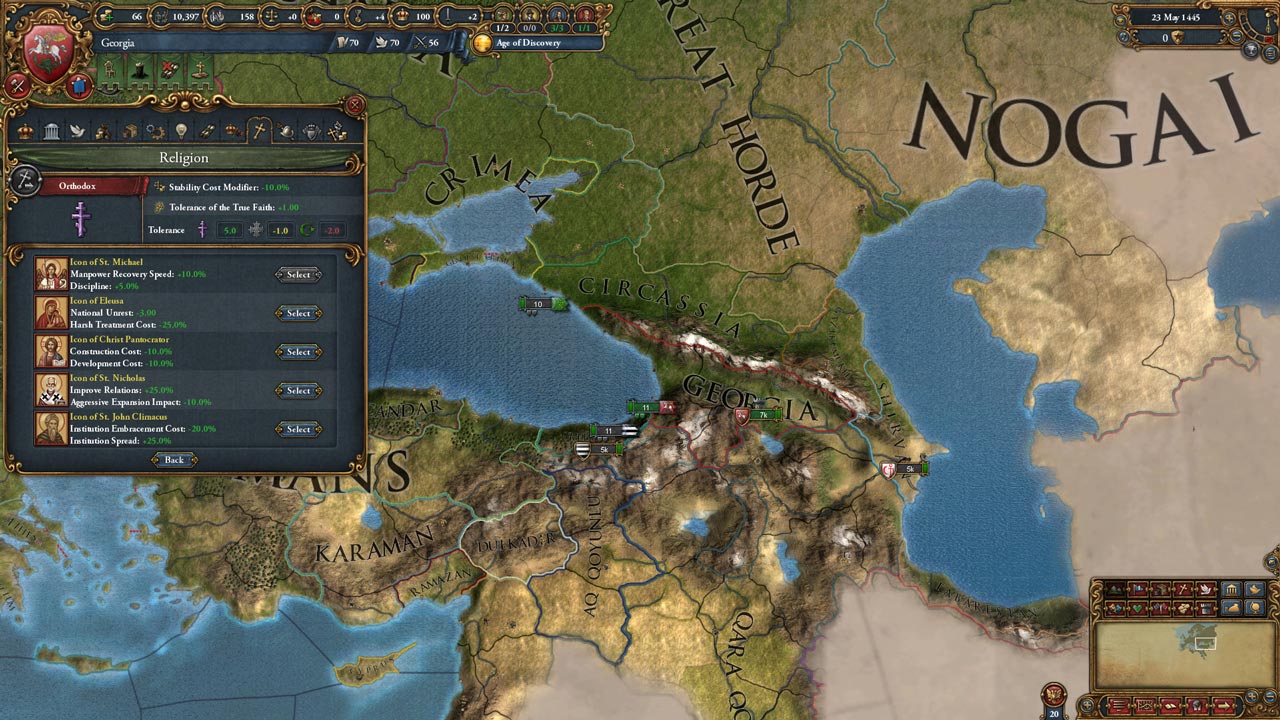 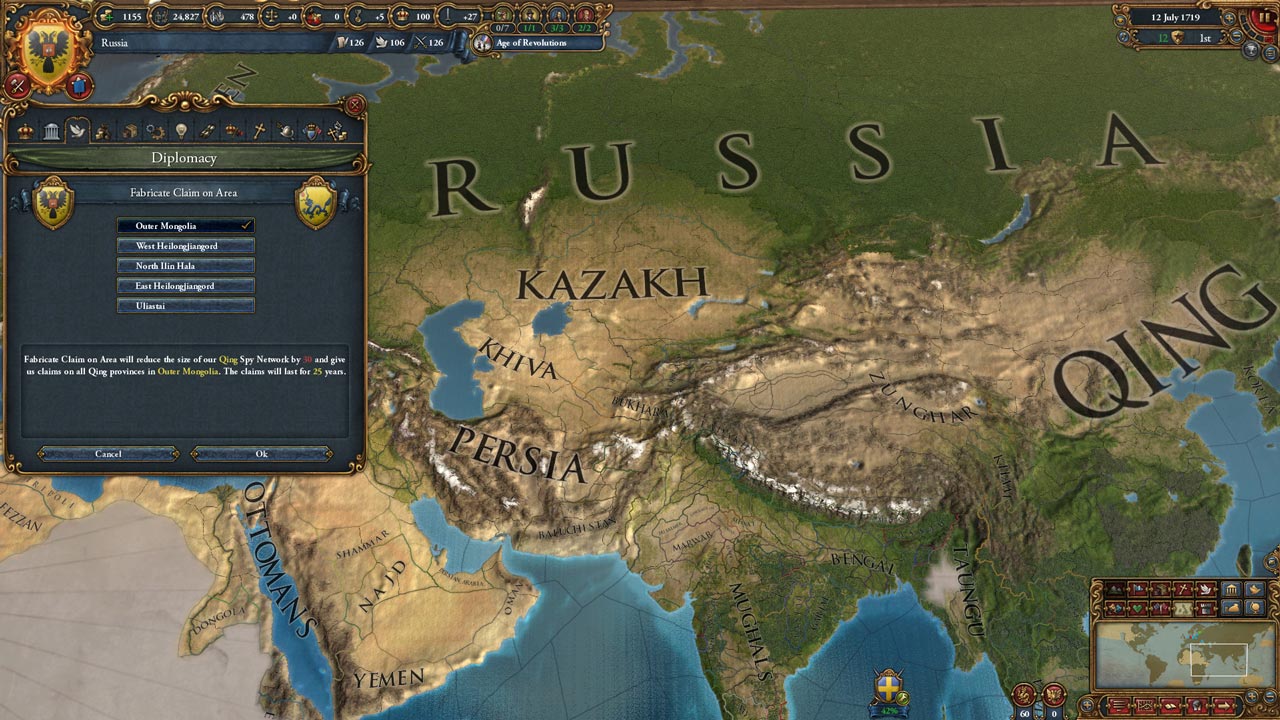 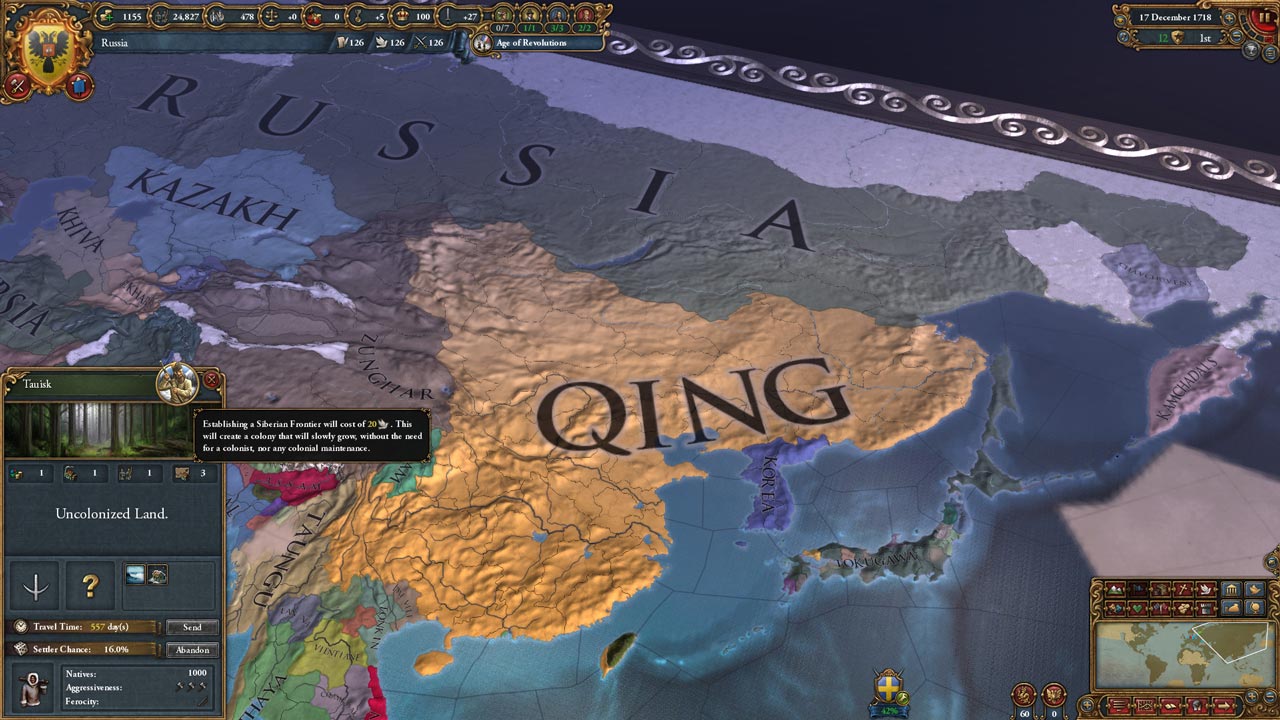 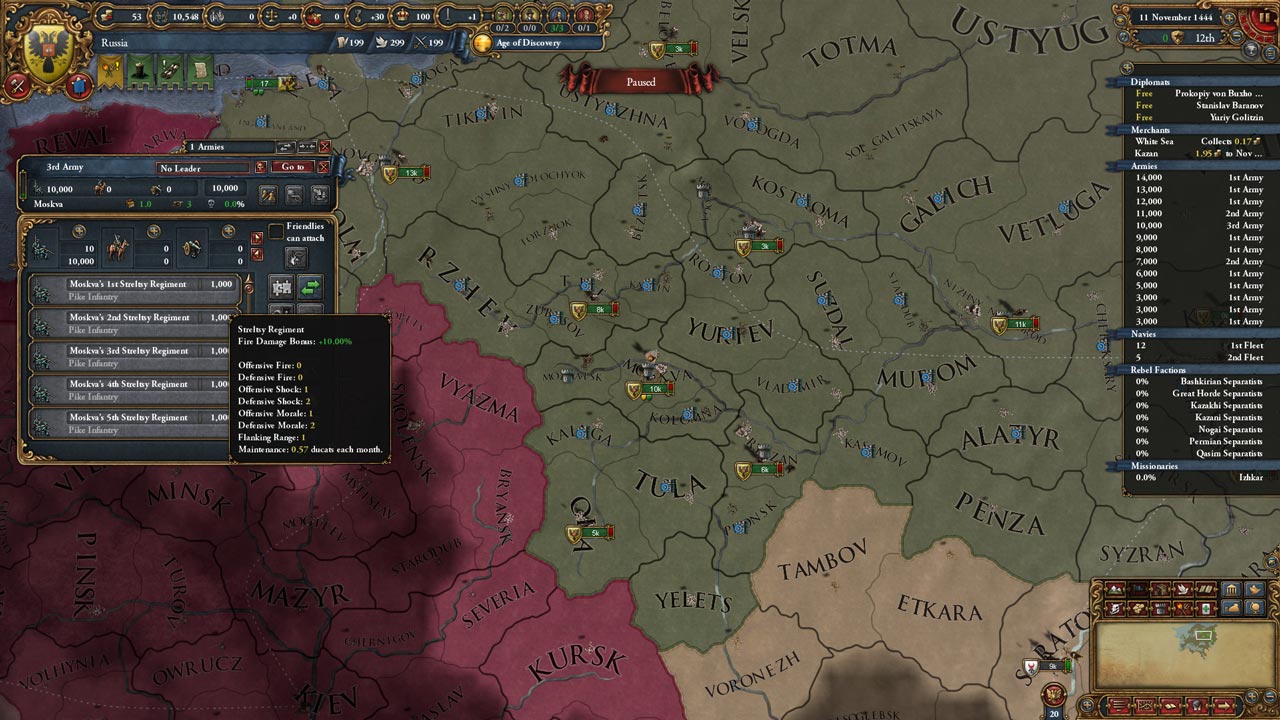 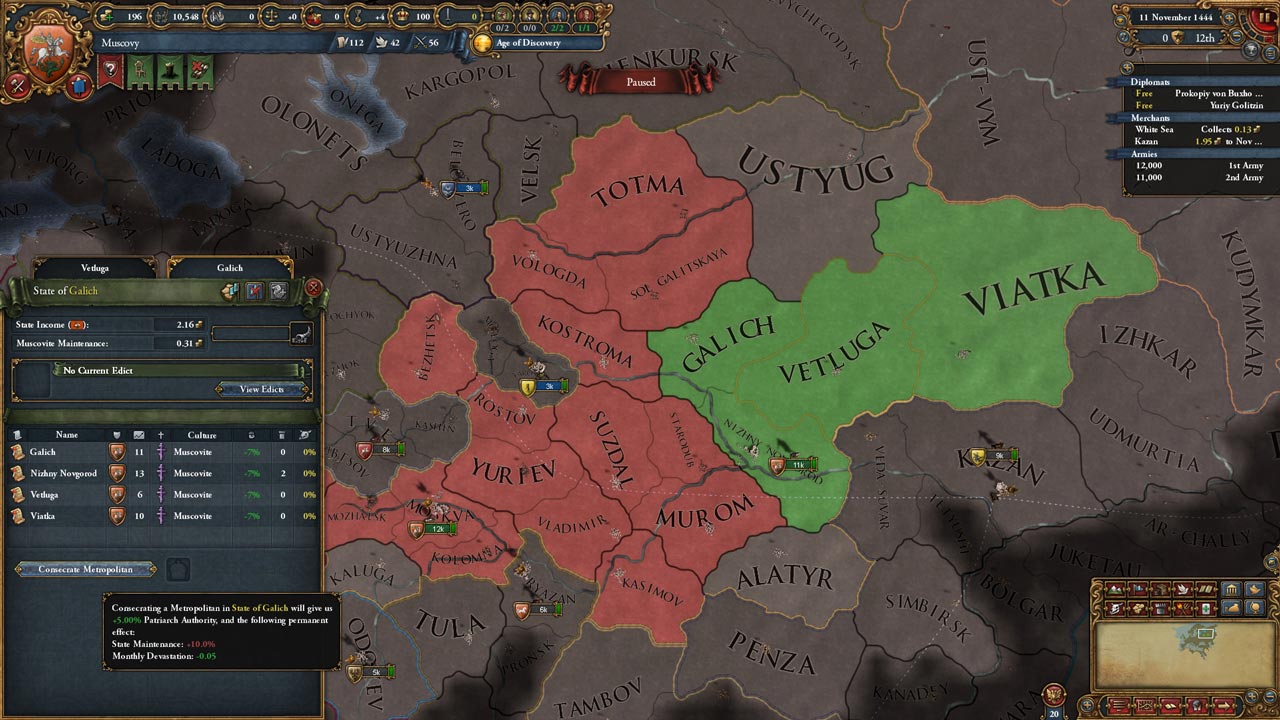 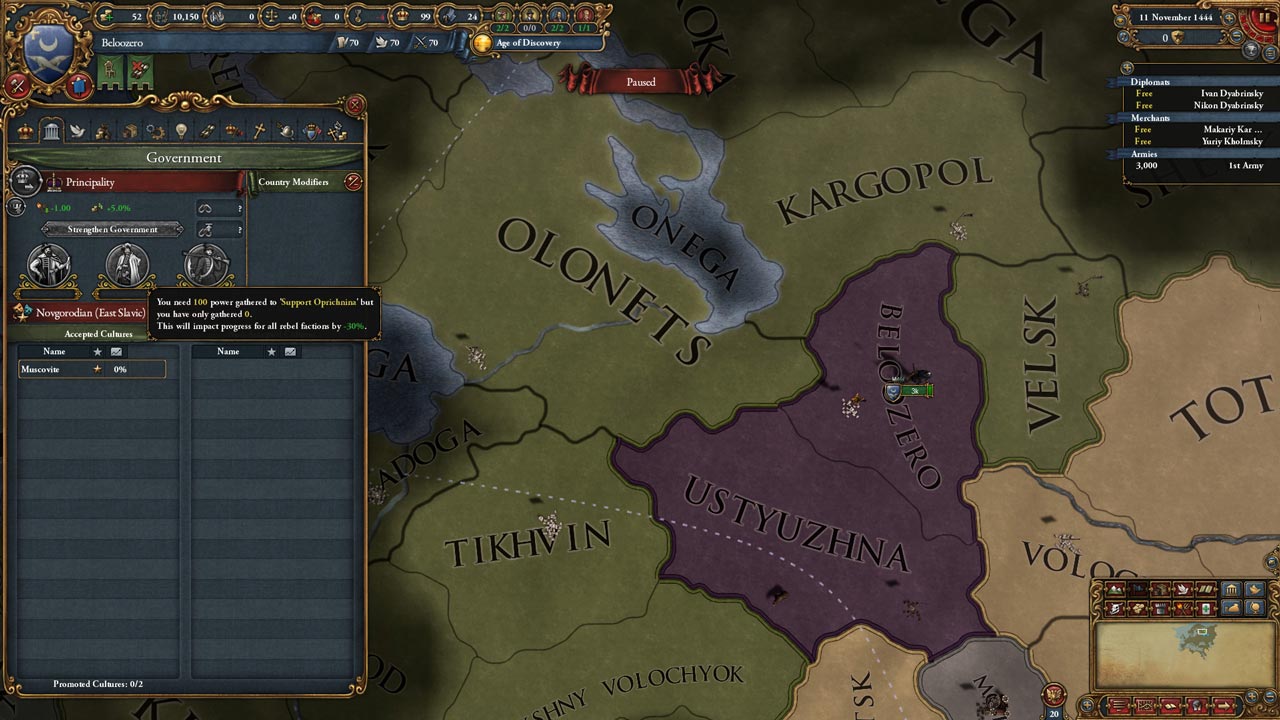 ATTENTION! This content requires the base game Europa Universalis IV on Steam in order to play.

The set is dedicated to Russia and its cultural twin cities, and represents new paths to political, military and religious governance in the Russian Empire.

• Kingdoms and principalities. New ranks in the Russian government with new abilities, and (for kings), big bonuses, including the right to claim rights to entire states, not just provinces
• Iconography. Order great icons for the Orthodox Church, raising the strength of your empire, depending on the saint you choose as your patron saint
• Metropolitans. Use the power of the Orthodox Church to convert highly developed provinces
• Sagittarius. Special units that are superior in battle but add value to the stability of your empire
• Siberian frontier. Russia can slowly colonize uninhabited border regions without fear of local uprisings