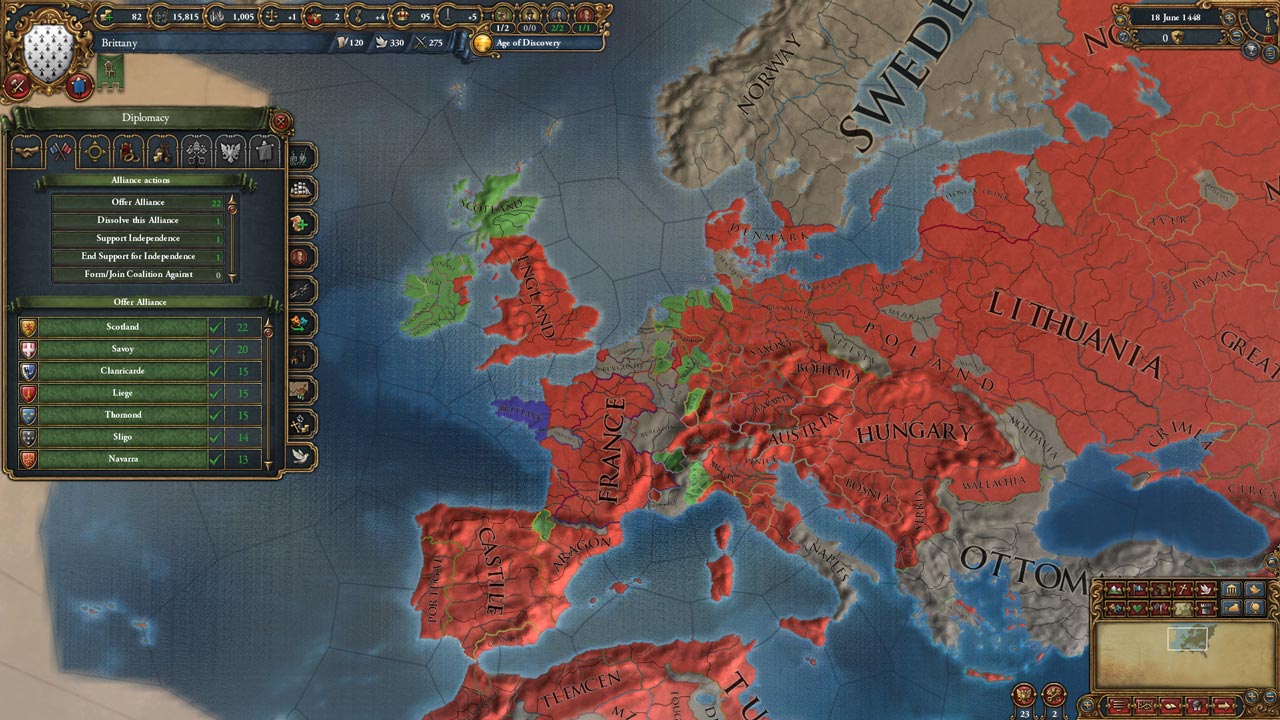 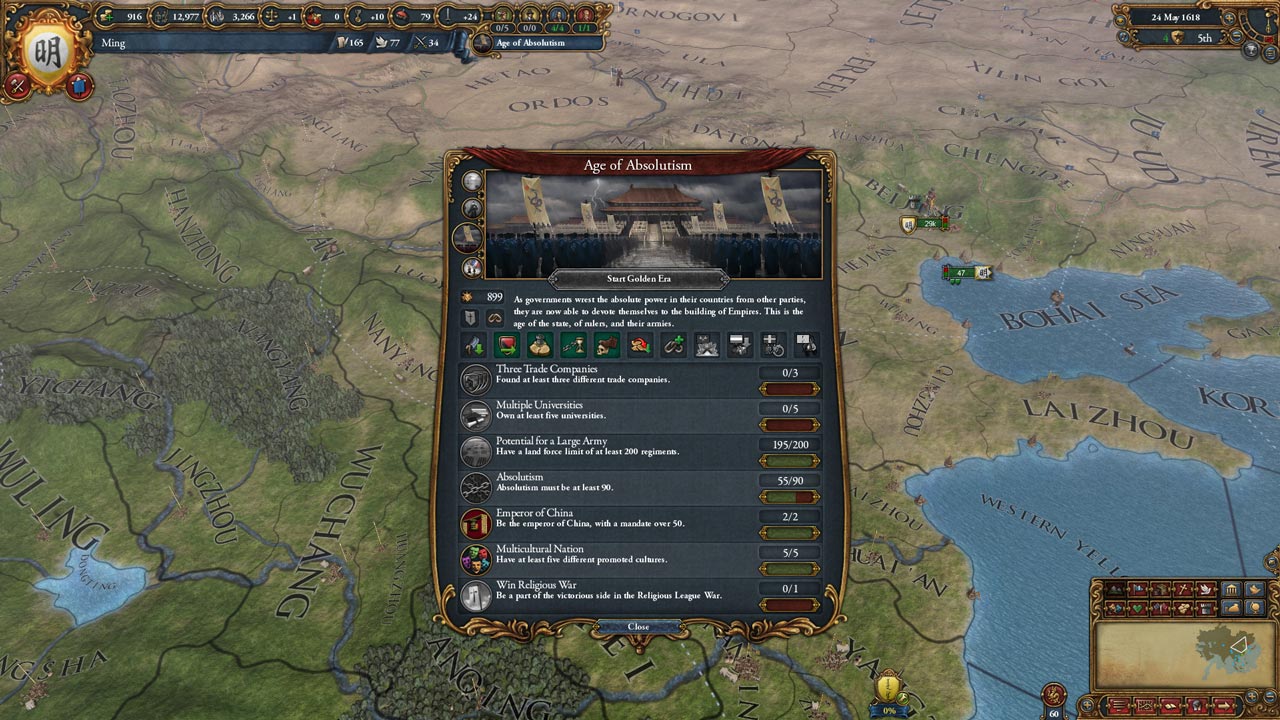 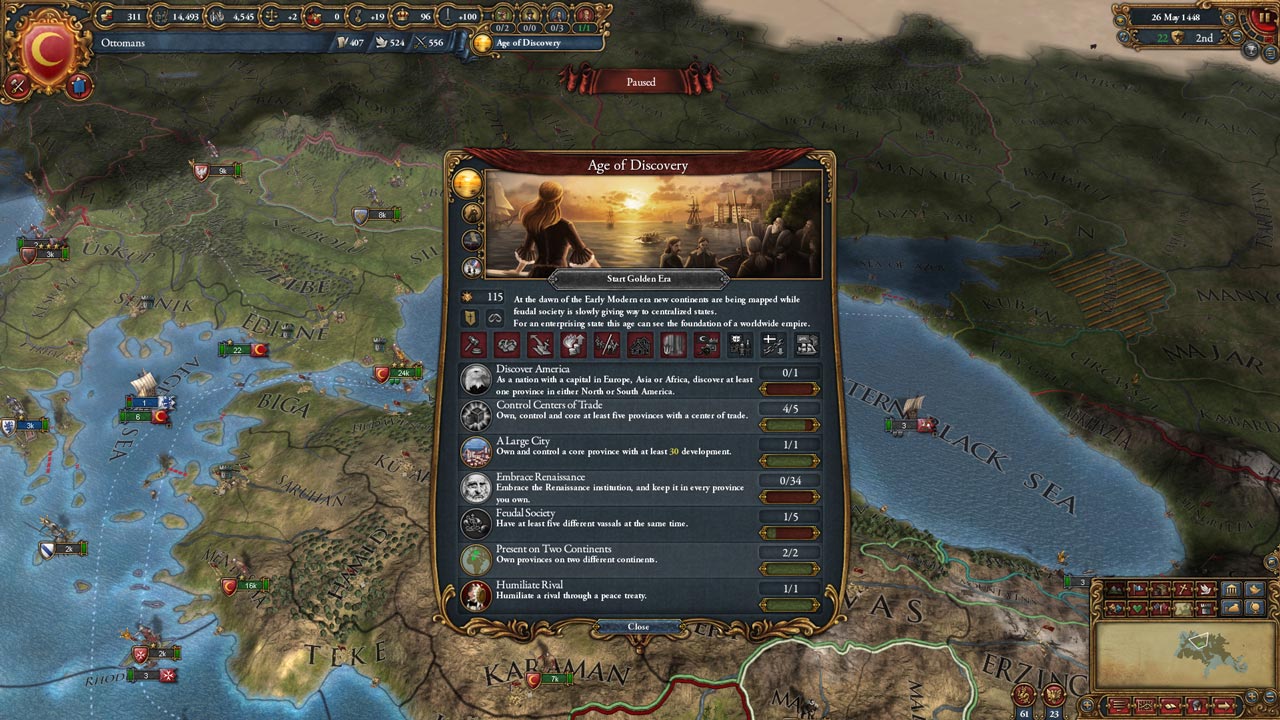 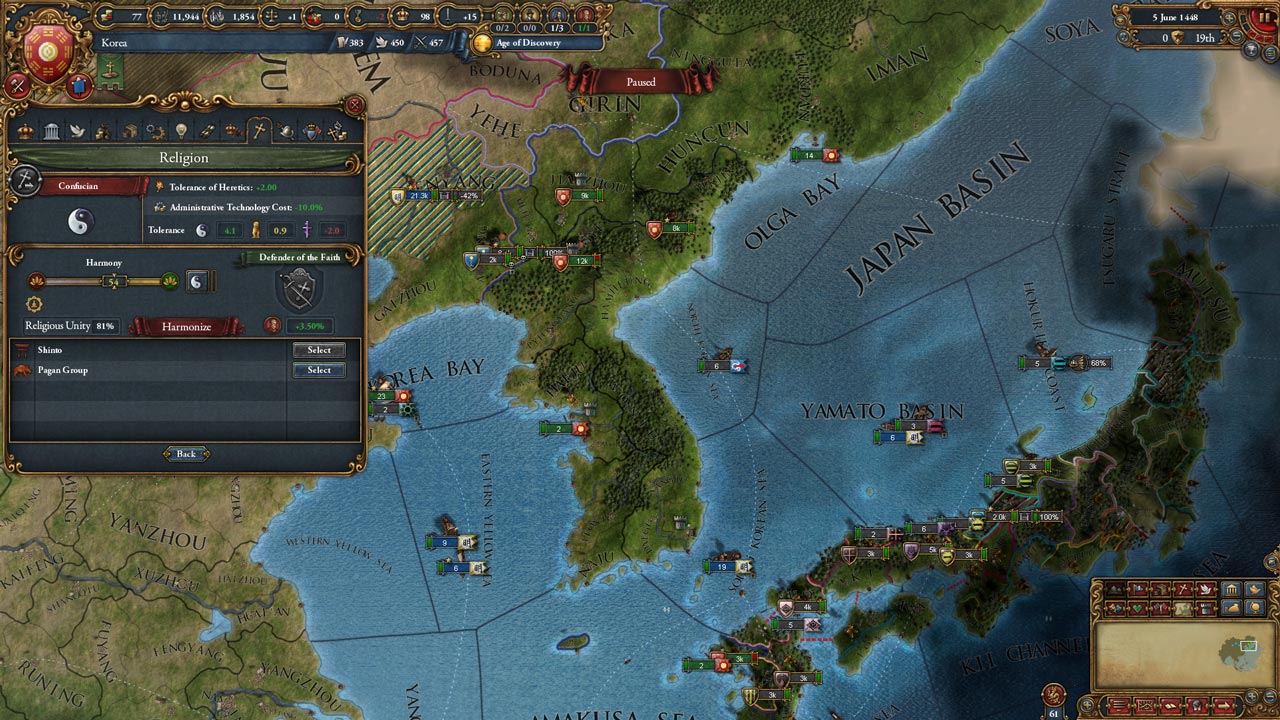 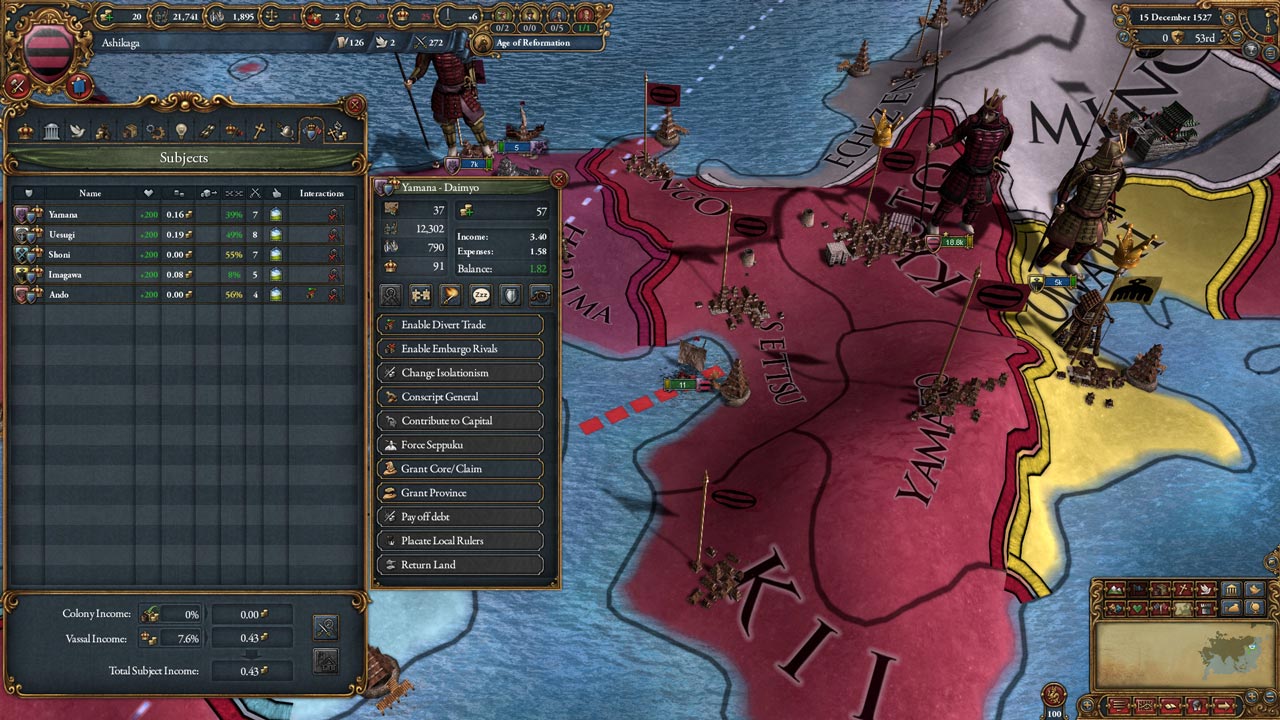 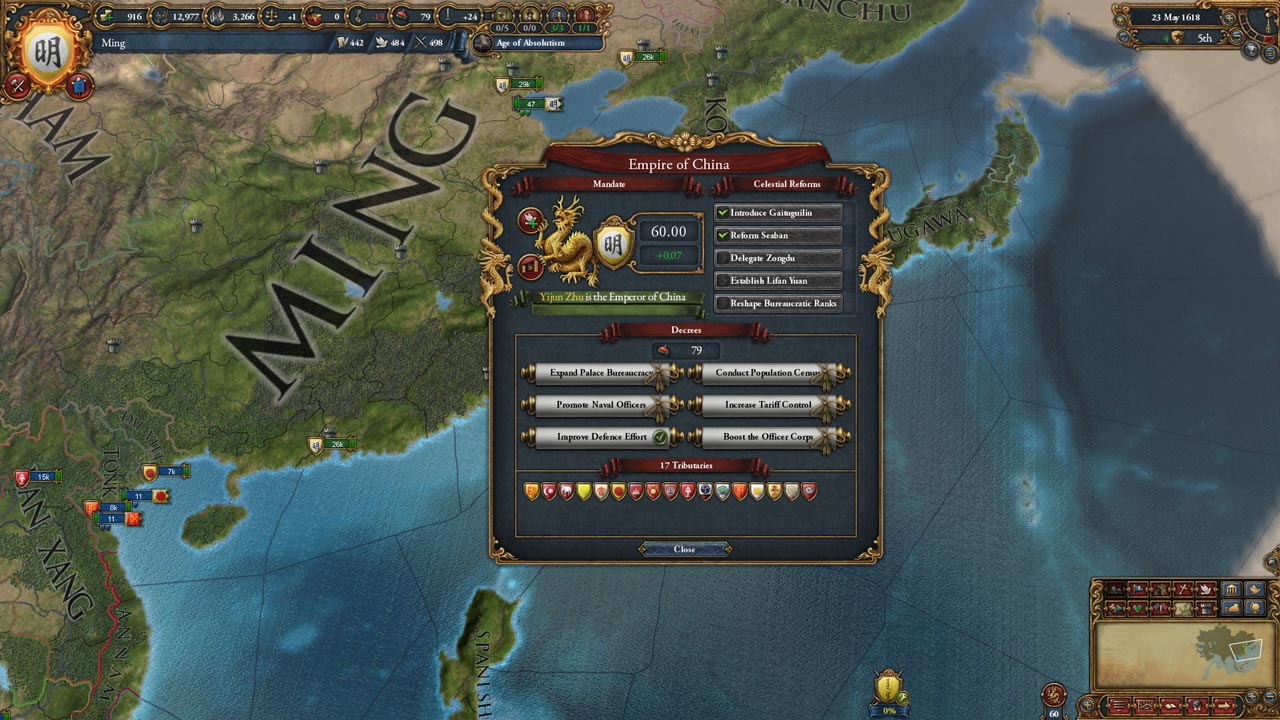 ATTENTION! This content requires the base game Europa Universalis IV on Steam in order to play.

=========================================
Dynasties come and go, but China remains. This cycle has been repeating from century to century, and now it’s your turn to ascend to the throne. Enjoy the lull in the Forbidden City, but remember: it portends a storm. Let the neighbors kneel and pay tribute to your throne. Will any of them venture to oppose you, the holder of the heavenly mandate?

Paradox Interactive has announced Europa Universalis IV: Mandate of Heaven - another massive addition to its famous historical strategy. It significantly expands the game, adding the ability to take control of the peoples of Asia: the Ming Empire, Japan and the tribes of Manchuria.

One of the key features of the Mandate of Heaven expansion is the administration of the Celestial Empire, similar to the administration of the Holy Roman Empire in Europa Universalis IV. Gain the strength of your mandate by levying tribute to others, and then use the accumulated one to reform the imperial system and strengthen your position in the Middle Earth and on the whole continent. Based on the principles of the Chinese meritocracy, use the state system to issue decrees in accordance with the actual needs of China.

• Golden eras. Get special benefits in four historical periods, achieving certain goals to announce the onset of the Golden Age - half a century of tranquility and prosperity
• Meritocracy. The Emperor of China can hire the best advisers for less so that the Empire continues to flourish, no matter who is in power
• Tributaries. Tax district nations with gold, people, or ruler authority points
• “Banners” of Manchuria. Manchuria, backed by a traditional tribal system, is an excellent supplier of cheap military power
• Japanese Shogunate. Achieve authority among daimyo - make them acknowledge your power, obey or commit sepukka
• The convenience of diplomacy. Basic diplomatic actions become more accessible thanks to an improved interface
• New developments and solutions. Most of the added systems are associated with new chains of events and decisions - immersion in an era will become even more complete