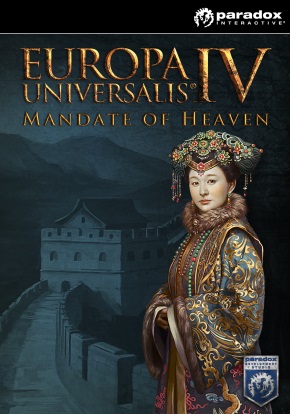 Uploaded: 15.09.2020
Content: Europa Universalis IV Mandate of Heaven_114.txt 0,24 kB
Loyalty discount! If the total amount of your purchases from the seller GameCod more than:
If you want to know your discount rate, please provide your email:

Every second buyer (in random order) of all our products, left a positive feedback - gets one of more than 40 different games for Steam. Which one? You will find out about it when you receive your GIFT on the mail.
It can be activated in "Steam".

To receive a gift you need:
1) Buy from us game
2) Leave a positive feedback with the comment "I want a gift" and indicate in it my E-mail
3) Expect.

Dispatch of the gift is done within 48 hours after writing a comment.
Attention!! Putting a tip - you guarantee that you read all the conditions for the Gift and if something is not clear - asked.

<Attention> ATTENTION! To activate the add-on, you must activate the main game Europa Universalis IV </ attention>

Mandate of Heaven is the newest addition to Europa Universalis IV, the grand strategy of the best seller of the studio Paradox Development Studio. In Europa Universalis IV you control the destiny of any one of hundreds of countries around the world, from the Age of Great Geographical Discoveries to the coming to power of Napoleon. Mandate of Heaven brings even more depth to this epic adventure, adding the possibility of playing for the main forces of East Asia and the new Epoch system for short-term goals.

Features of the add-on:
- Historical epochs and the Golden Ages. Perform tasks in four historical epochs from the Age of great geographical discoveries to the Age of Revolutions and receive new bonuses and forces for your country. The announcement of the Golden Age contributes to your success.
- The Chinese Empire. New mechanics for China Ming Dynasty, including imperial decrees and reforms to strengthen the throne of the Dragon.
- Get your neighbors to pay tribute to the Chinese empire in gold or monarchy points.
- Japan. Daimyo is loyal to the Shogun, and the Shogun is the one who controls the imperial capital of Kyoto. Your weak competitors will be able to save the honor by making seppuku.
- The banner of Manchuria. Combine the Manchu military chiefs around your throne.
- A new system for building diplomatic responses.

<Delivery> This product is distributed through digital distribution, is only a pin code, and does not contain packages and boxes. </ Delivery>

VNMANIE After activation serial key in steam, the key becomes invalid, ie re-use it is impossible.
Be sure to remember, and better write down all the details of your account! Without them you can not get access to the active games in the future.