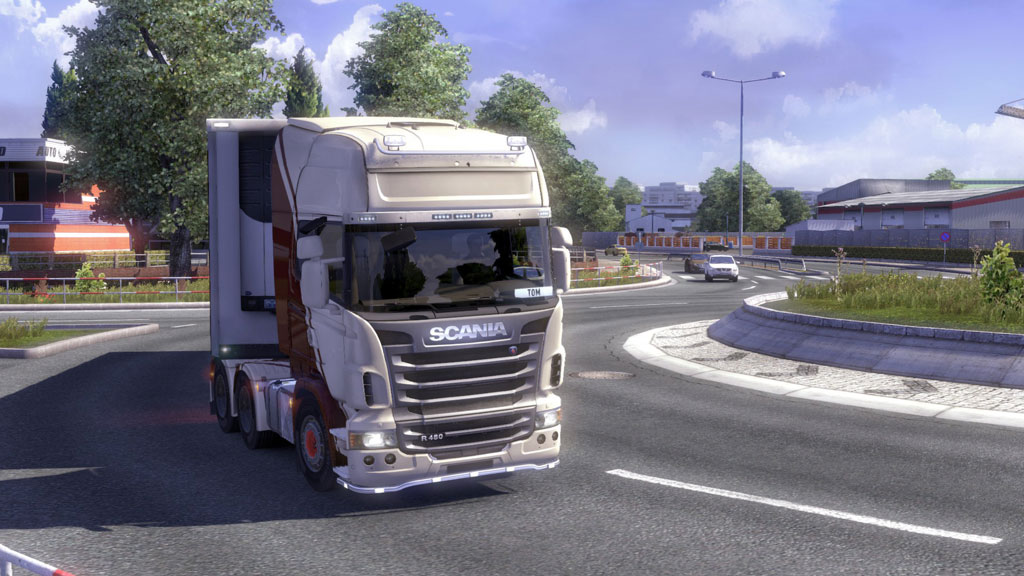 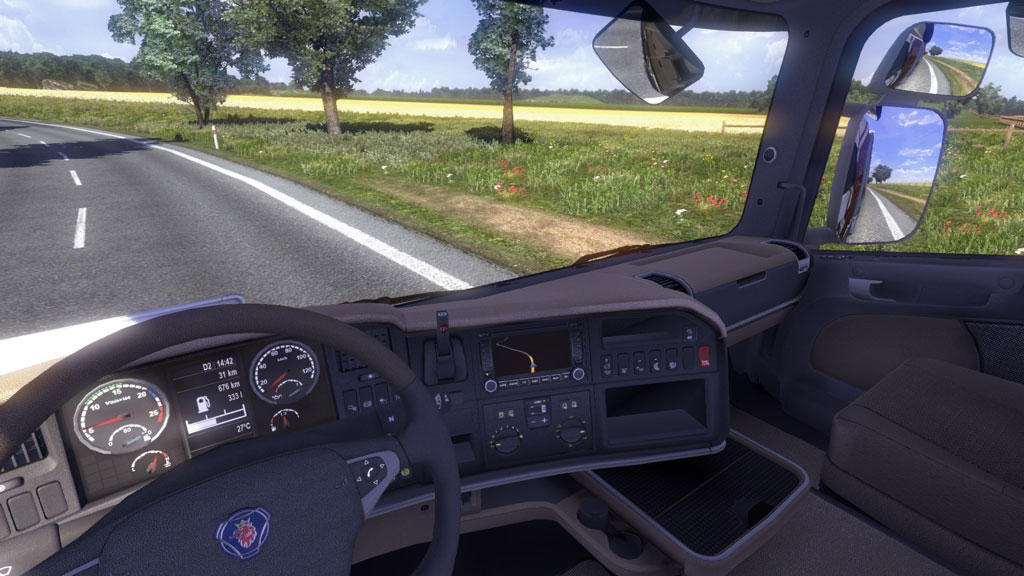 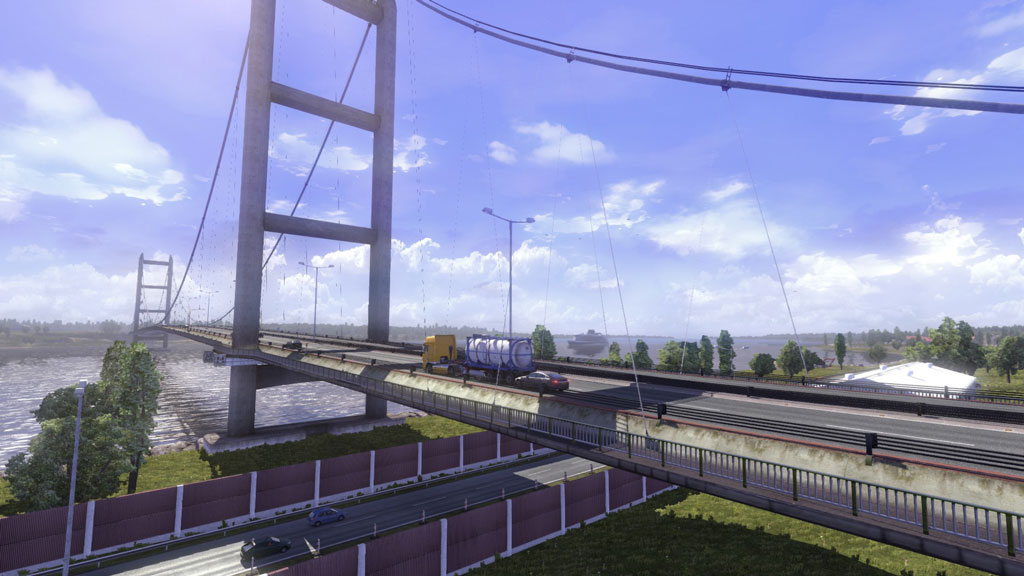 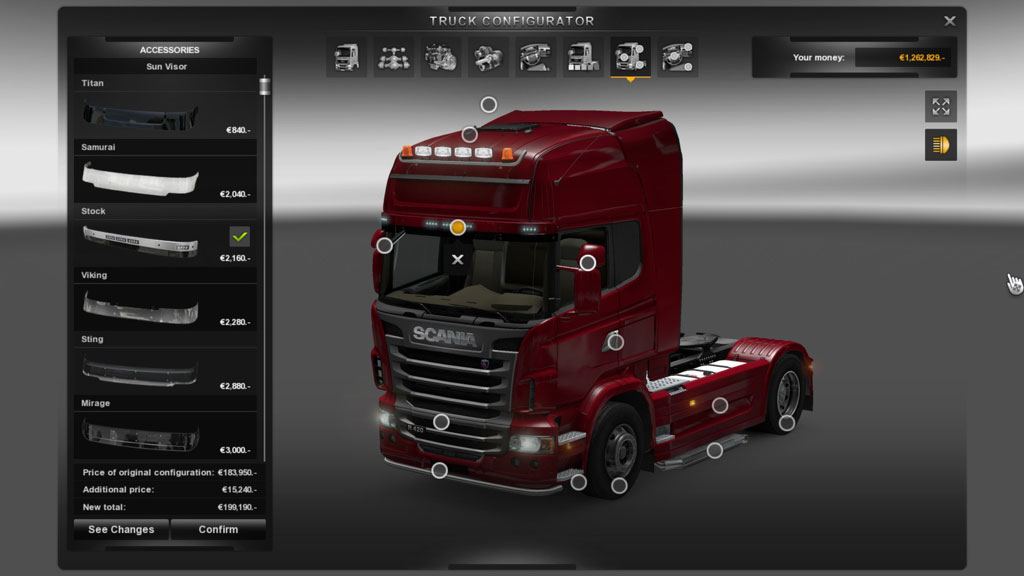 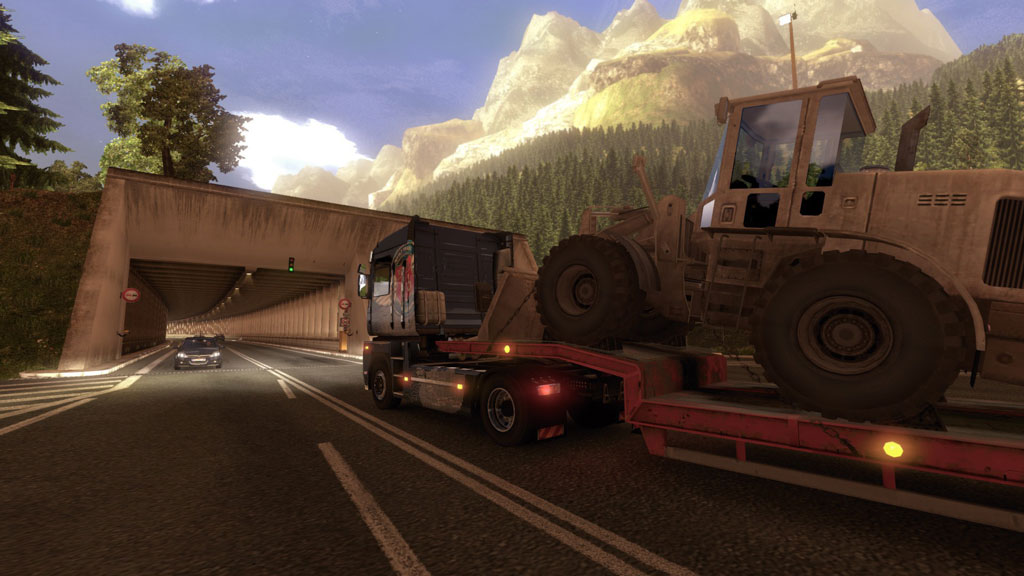 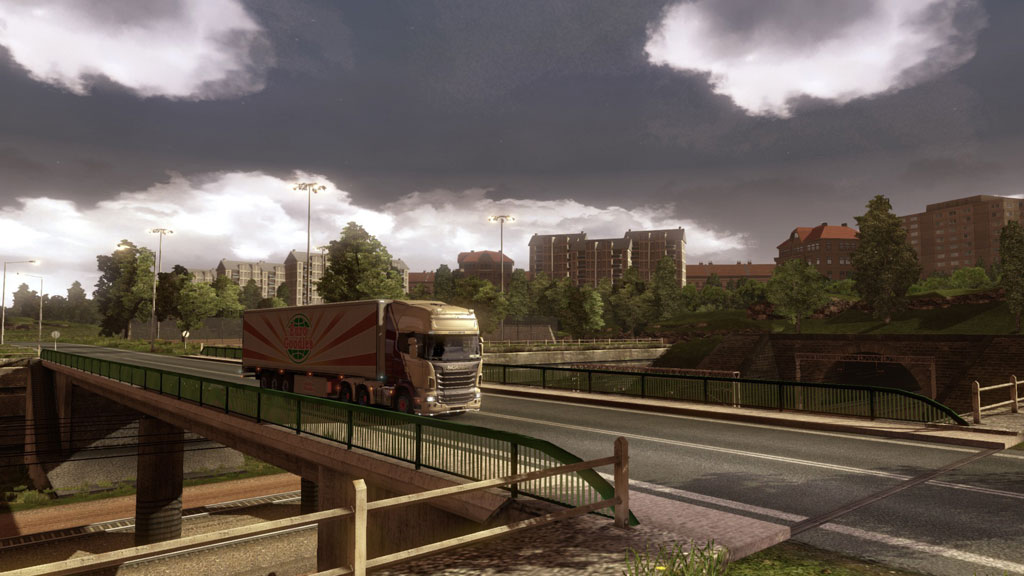 
Euro Truck Simulator 2
The game Euro Truck Simulator 2 gives an excellent opportunity to travel to almost all European cities: you will pass through hundreds of autobahns and highways, from the UK to Poland. You will find several thousand kilometers of roads, which you will have to overcome as quickly as possible, because in the trailer of your tractor a valuable cargo waiting for the customer is ready to hand you money for delivery.
It is noteworthy that in the new part of the simulator Euro truck Simulator 2 all cities are realized as realistically as possible, repeating the real highways, streets and sights!
Of course, the main feature of the simulator Euro truck Simulator 2, as before, remains its maximum realism. You again have to monitor the gasoline in the tank, comply with all traffic rules, so as not to be under arrest, and monitor the condition of your truck.
• Updated and even more realistic graphics: detailed drawing of roads and cars, improved damage system, more advanced drawing of interior and weather effects
• Now you have to visit on your truck more than 60 European cities
• Each truck can be subjected to detailed tuning and styling, improving its appearance and increasing productivity

Euro Truck Simulator 2 - Going East!
The addition adds a part of Eastern Europe to the Euro Truck Simulator 2 game map. Poland, Czech Republic, Slovakia and Hungary will be available with 13 new cities. Large sections of roads, including in the mountains, as well as repair routes, which will have to show their driving skills.

1. You must download and install Steam http://steampowered.com/download/SteamInstall.msi (if not already installed).
2. Create a new account on Steam or go to an existing one.
3. Copy the received link and paste it into the Internet browser.
4. Take a gift to your library or add it to your inventory.
5. After activation, the game will appear in your list of games and you can install it.