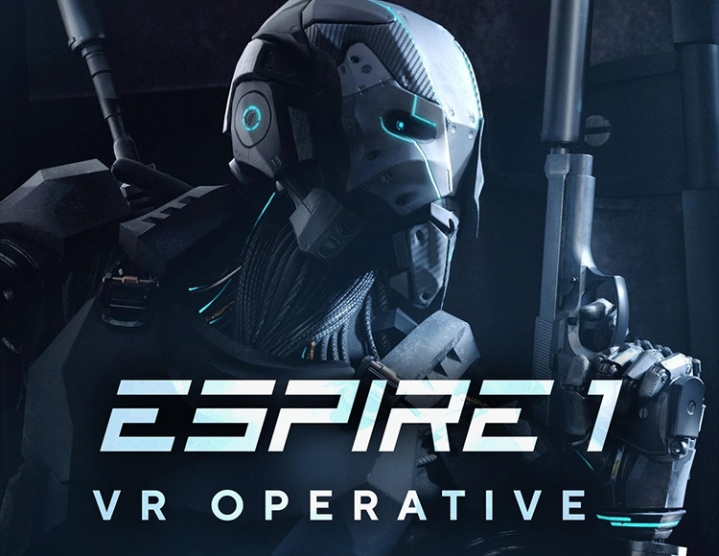 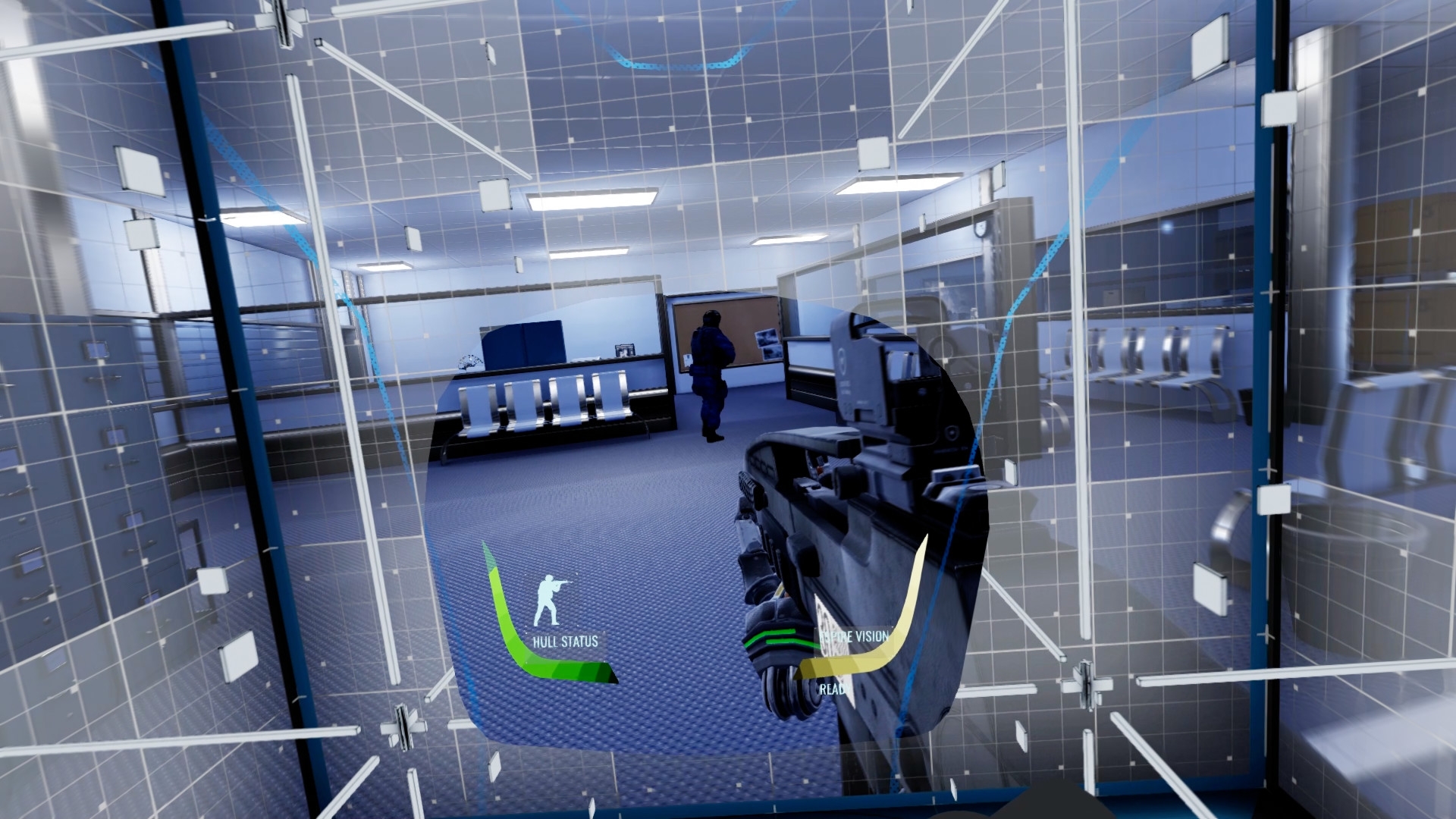 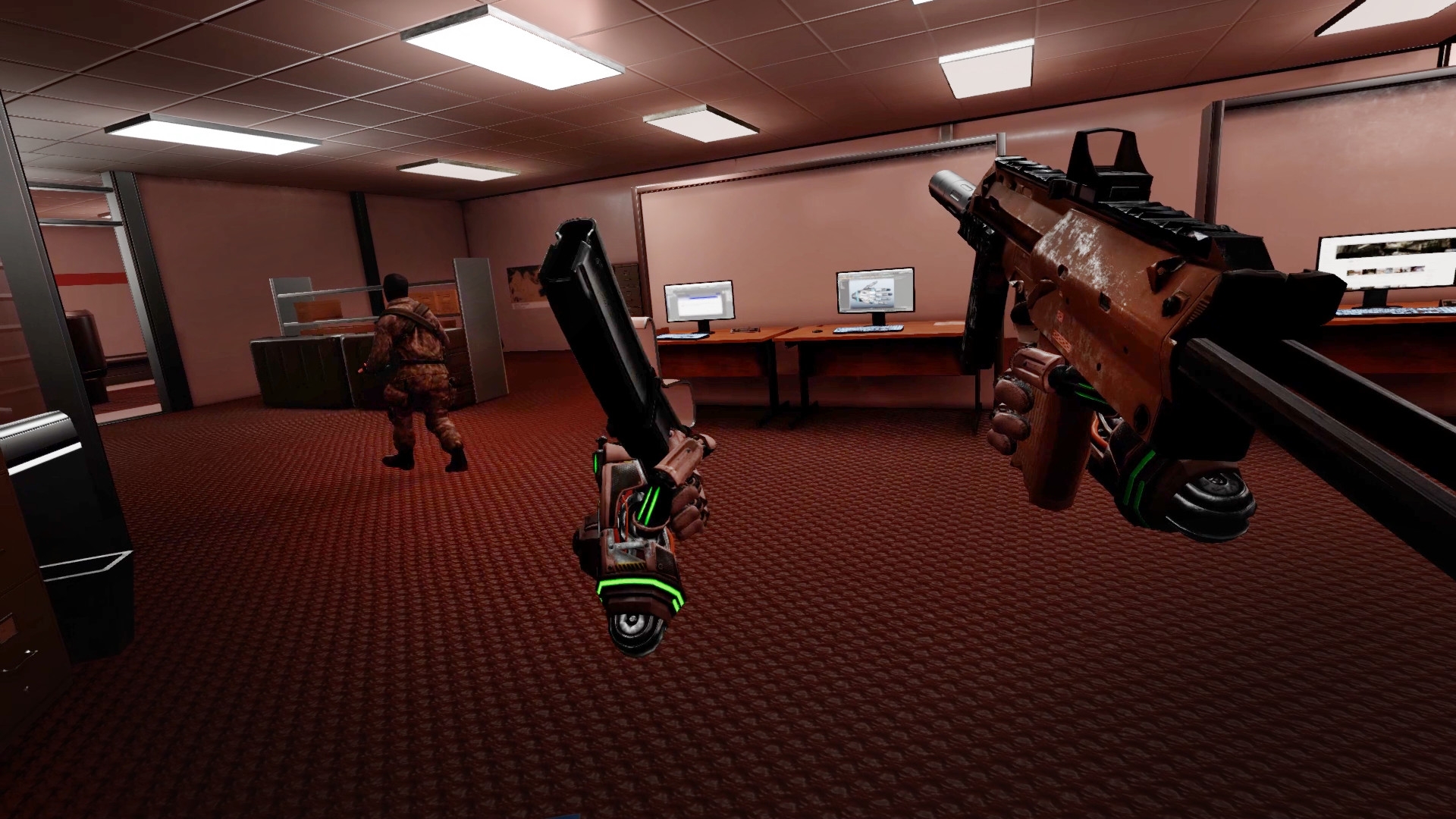 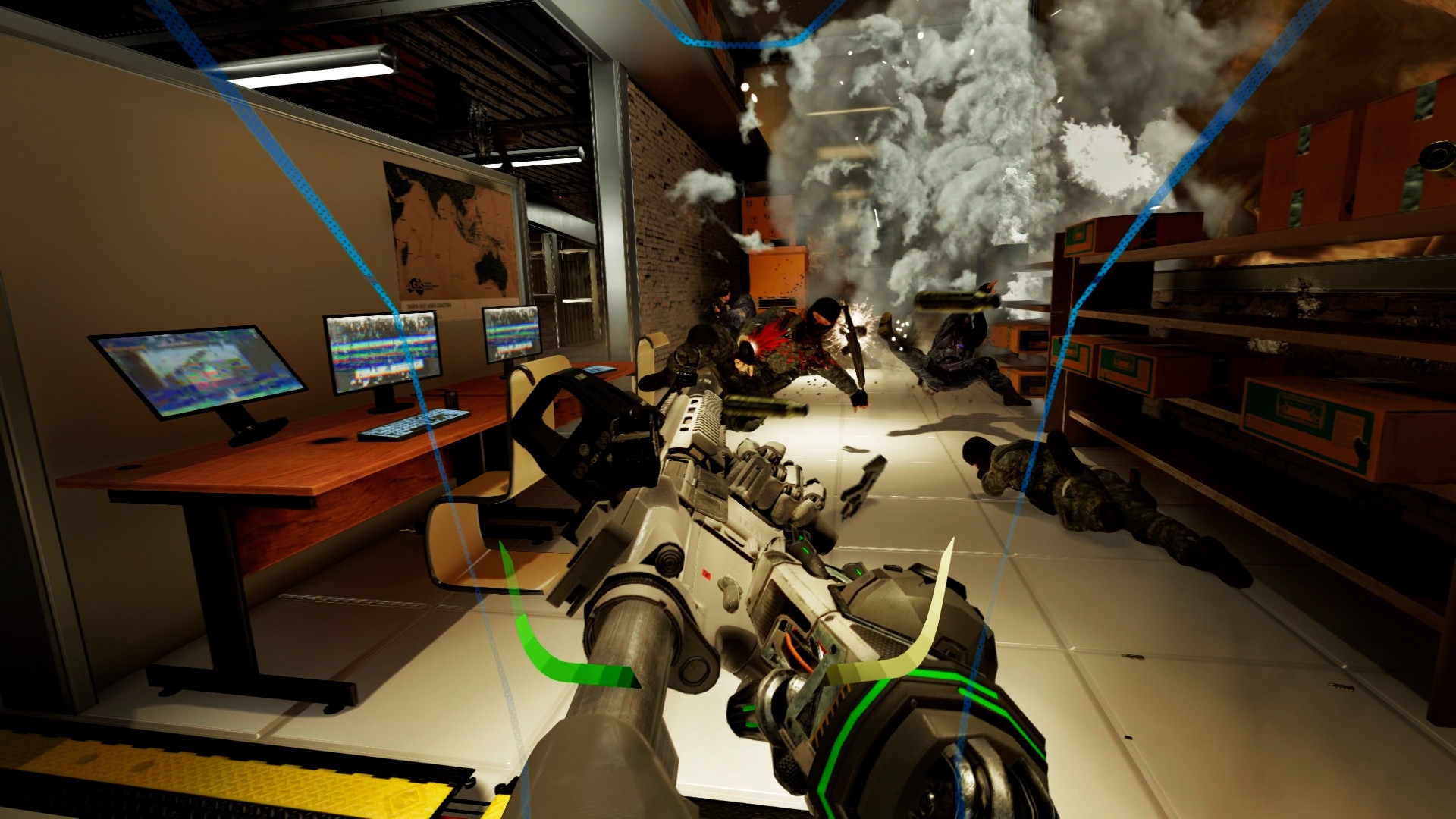 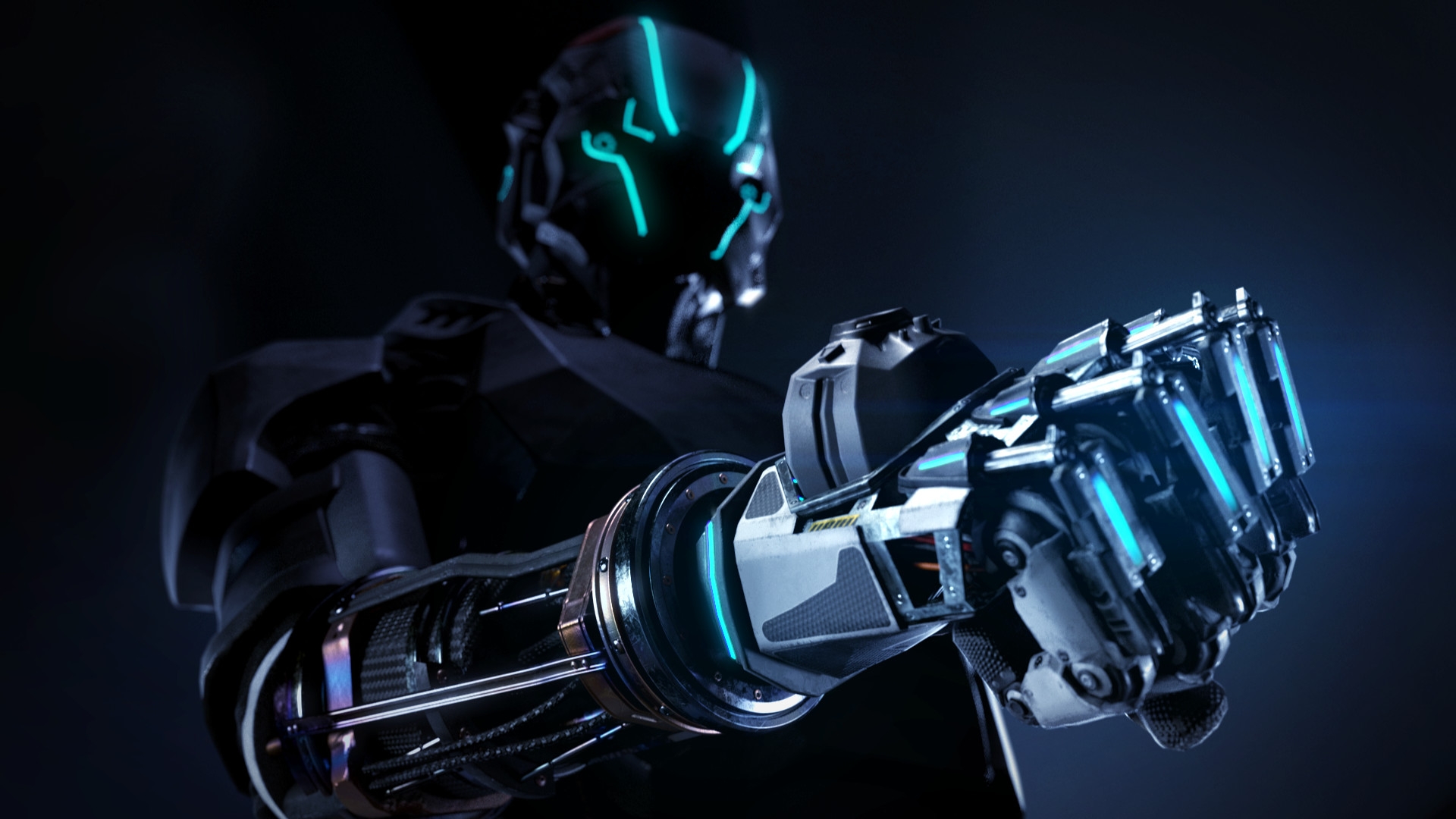 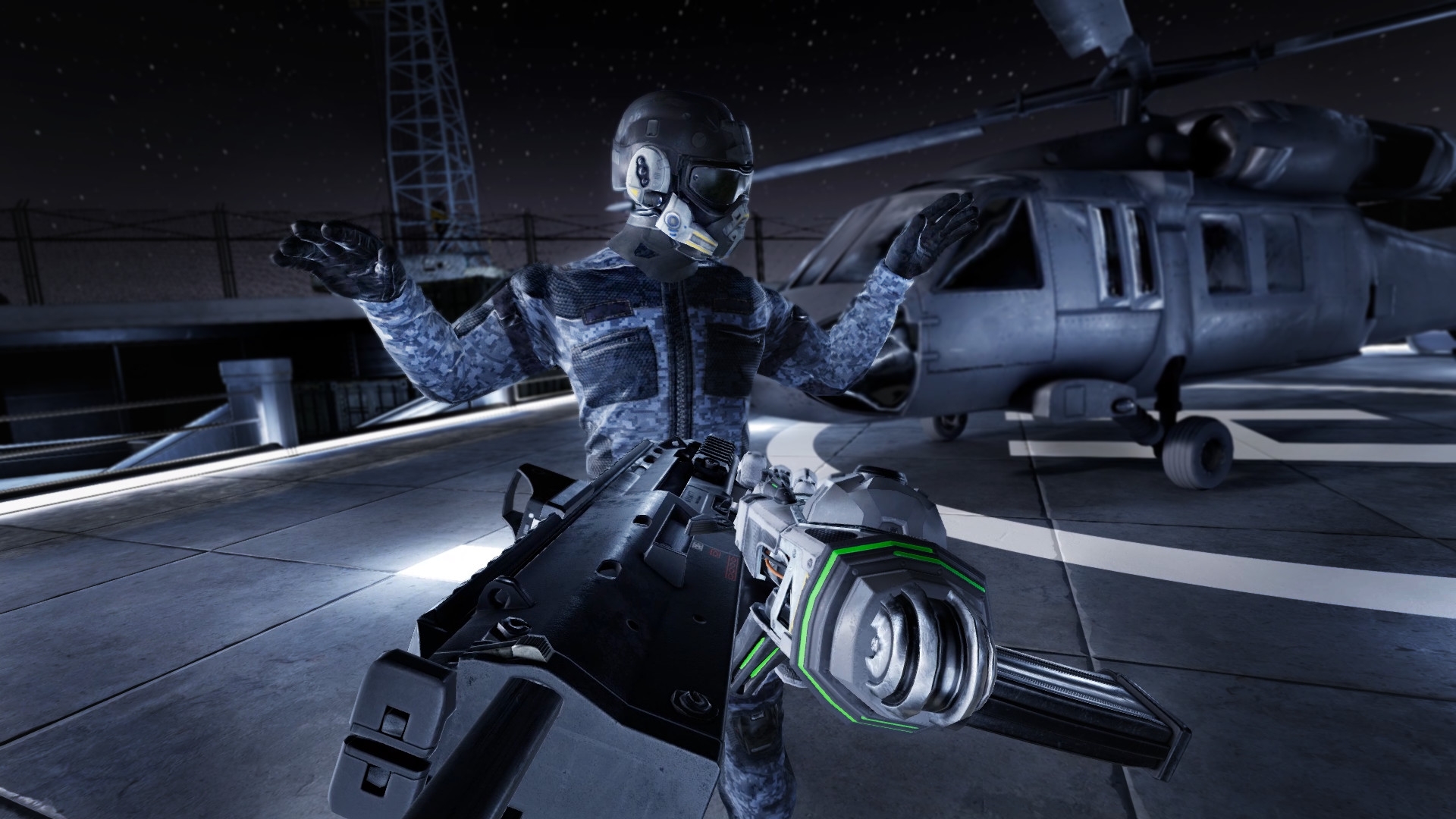 Description:
Espire 1: VR Operative
, that combines in itself the tactical accuracy of contemporary Stealth-games with the unprecedented sinking into virtual reality, is the gold standard of the VR-invisible from the first person. The technology of virtual reality was militarized in Espire, which makes possible for you to become unsurpassed superspy, governing the operative of Espire Model 1, without leaving from its own ultramodern “theater of administration”. Yes, danger - including motion sickness - is brought to the minimum, but threats are very and very real. Your task as the agent of Espire - to reveal threats and to remove them before they will take control over the object IFA.Espire entirely are used the advantages of technology and design of virtual reality in order to create the completely satisfying shooter from the first person in the regime of the invisibility/of action, and also to minimize such deficiencies as motion sickness, because of the completely tuned system of Control Theater. In Espire the complete freedom of motions makes it possible to be immersed into the water and to feel itself more comfortably than sometimes. So that you can less worry about the interruptions and it is more about how you want to play. the key special features of Espire 1: VR Operative: Final experience of stelsa in virtual reality: the introduction of the genre of stelsa into the exciting medium virtual reality, assignment of play mechanics for the Stealth-genres and militants, whom still one must study.
Complete freedom of movement: making possible for players freely to be moved in any place of virtual medium, to be moved, to climb and to fall with the complete comfort and without motion sickness almost for all players.
Complete single-user history, rich in the components: developed as special experience for one player in virtual reality with the separate subject missions and screenplay missions, in which for the short tests are used the media subject missions.
Vocal control: using the built-in microphone the sets of VR, players can return teams and carry out actions, simply speaking. The noise, emitted by players, can draw enemy to their position - after adding the new way to obtain advantage.
Arsenal of weapon and gadgets: as the operative of the model of Espire 1, players will have access to ten of unique gadgets and weapon, such as pistol with the tranquilizer and developed espionage cameras, for the accomplishment of the objectives of mission.
Global table of the leaders: world calculation sentences to players the competing calculation, based on the period of mission, motion, reticence, the safety of ammunition, murders and other factors.
Intuitive control, which imitates the real life: interaction in this game must be natural and intuitively clear. Instead of memorizing of ten of combinations of buttons for each action, players carry out them as in the real life. Operatives can squat and enter into the shelter, physically using its body.
Clever II: enemy fighters in this game actively hunt the player. II reacts to the sight, sound and other stimuli and will react to the different levels of suspiciousness in the dependence on the physical position of player, speed of motion, shelter and relative position.
The DESCRIPTION of CONTENT FOR VZROSLYKhRazrabotchiki describes content thus: This game contains a certain content, which is not recommended for all, including violence with the use of a firearms. In the storyline are some themes the scenarios, which can be important for some players. and precisely, situation with the hostages, when player must attempt to save hostages from that armed охраны.Espire -