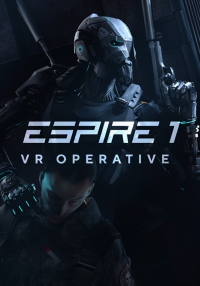 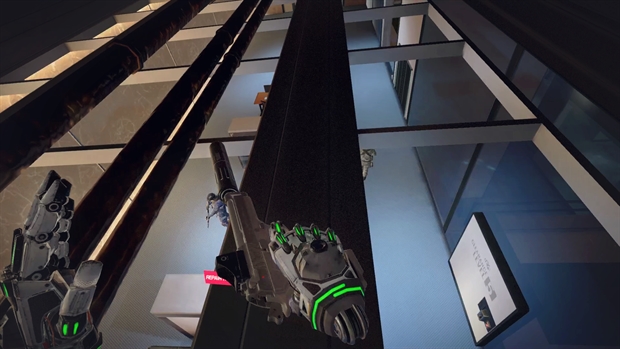 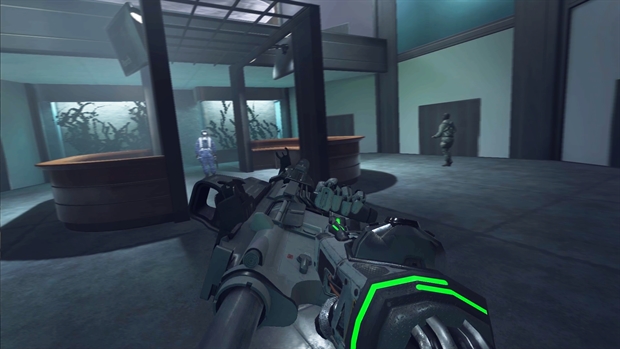 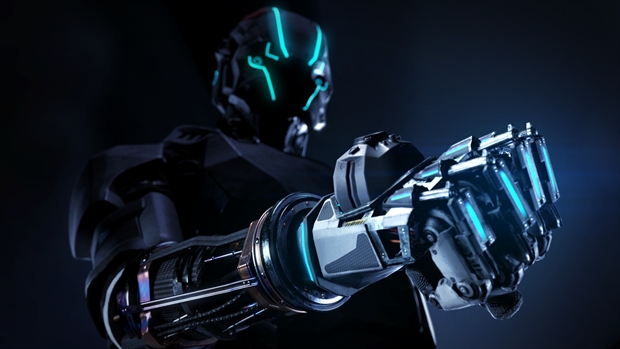 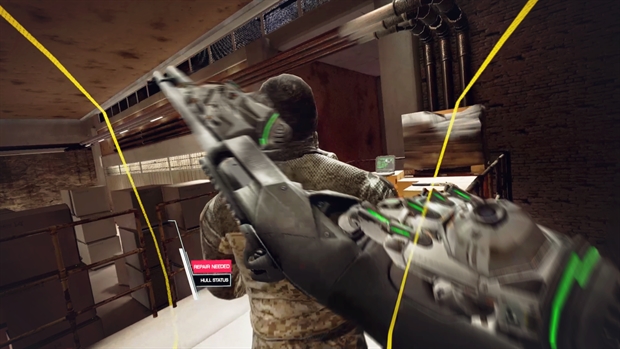 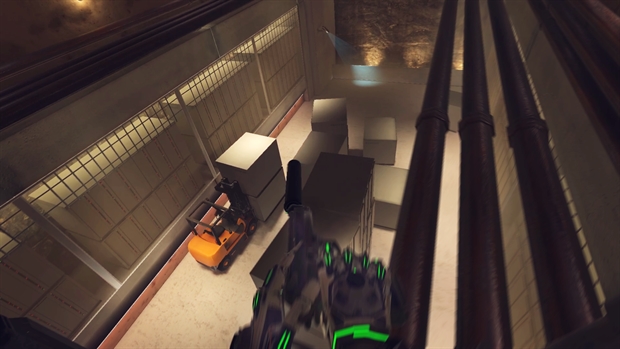 Espire 1: VR Operative aims to set the new gold standard for the stealth genre in virtual reality –introducing the “Control Theatre,” a unique solution to the challenge of VR motion sickness for first-person titles. Espire 1: VR Operative drafts players as drone operators of the future. Players become “Espire Agents” and use cutting-edge Virtual Reality hardware to remote-operate the Espire model 1 from the safety of their Control Theatre.

The technology behind the Control Theatre and the game’s approach to movement lie at the heart of Espire 1: VR Operative’s gameplay and intuitive VR control system. Any time a player performs any artificial locomotion, the game world shrinks down to the size of a floating tablet, with the Control Theatre visible in the player’s peripheral vision. This “VR within VR” system allows for precise, full freedom movement, while maintaining immersion, and eliminating “VR motion sickness” for almost everyone. The Control Theatre is fully customizable to suit the player’s level of comfort, and can be fully disabled for those already comfortable moving in VR.

The definitive VR stealth experience: bringing the stealth genre to the exciting medium of Virtual Reality, delivering gameplay mechanics for the stealth and action genres that have yet to be explored.
Full freedom of movement: allowing players the freedom to move anywhere within their virtual environment, moving, climbing, and falling with full comfort and no motion sickness for almost all players.
Complete single-player story, rich in detail: developed as a dedicated single player VR experience with individual story missions and scenario missions that use the story mission environments for short challenges.
Voice control: Using the VR headset’s onboard microphone, players can make commands and perform actions simply by speaking. The noises players make can draw the enemy to their location – adding a new way to gain the advantage.
Arsenal of weapons and gadgets: As an Espire model 1 Operative, players will have access to dozens of unique gadgets and weapons such as a tranquilizer pistol and deployable spy cameras in order to complete the mission objectives.
Global Leaderboard: A worldwide tally awards players a competitive score based on mission time, movement, stealth, ammo conservation, takedowns and other factors.
Intuitive controls that mimic real life: Interaction in this game aims to be natural and intuitive. Instead of memorizing dozens of button combinations for every action, players perform them as they would in real life. Operatives can crouch and enter cover by physically using their body.
Smart AI: Enemy combatants in this game actively hunt the player. The AI responds to sight, sound, and other stimuli and will react to with varying levels of suspicion based on the player’s physical stance, movement speed, cover and relative location.