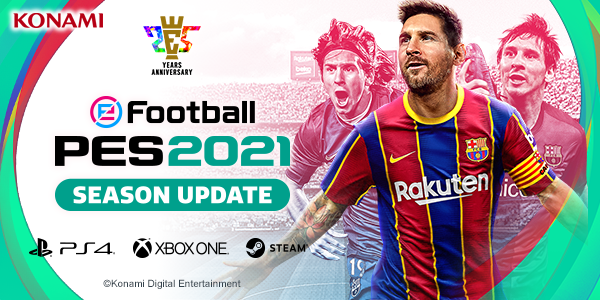 PRESENT!!! Leave positive feedback on your purchase with the words "I want a gift" and duplicate this message in the CORRESPONDENCE tab on the Oplata.info order page so that I do not miss you.
As a gift, a key from an inexpensive, random steam game will be sent.
This product is an updated release of eFootball PES 2020 (released September 2019) and contains the latest player and squad data. Please note that club rosters in some leagues have been updated since this release.