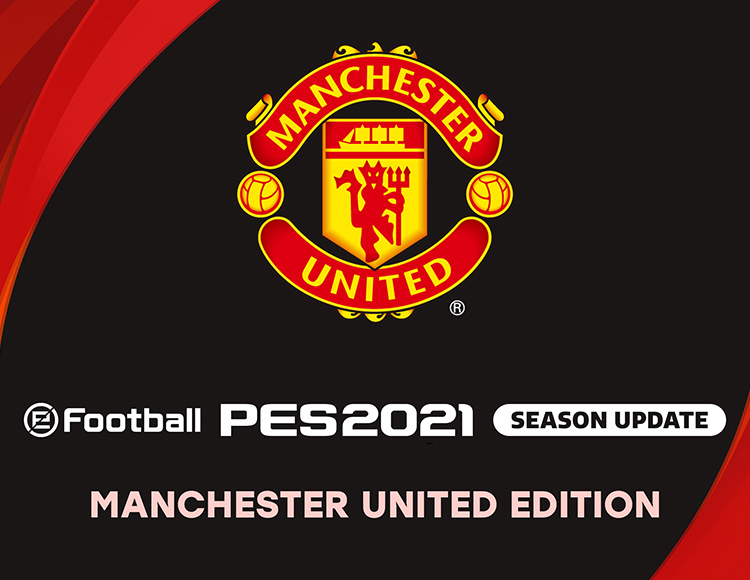 After purchasing this key from us, you can get absolutely free 1 random (random) activation key for a SIMPLE game on Steam! JUST LEAVE A POSITIVE FEEDBACK for the product with a request to send a bonus, and within 3-5 days the key will be sent to the e-mail you specified when purchasing !!

After paying for the order, the system will automatically (without our participation) instantly send you a license key by mail to activate the game - eFootball PES 2021 Manchester United Edition

Please be aware that the latest data for certain licensed leagues and teams will only be available through a post-release update. You will need an internet connection to download this update. See the official website for more details.

* Due to continued exposure to COVID-19, regulations regarding certain real-world football leagues and / or tournaments may unexpectedly change. As a result, it is possible that the rules in the game will be slightly different from those that apply in real life. In the future, other changes related to leagues and tournaments are possible without prior notice.

To celebrate the 25th Anniversary of PES games, we are offering the eFootball PES 2021 Season Update * at a special price! * This product is an updated release of eFootball PES 2020 (released September 2019) and contains the latest player and squad data. Please note that club rosters in some leagues have been updated since this release.

Build your dream team from scratch and compete against teams led by other users from around the world.

Lead a soccer club and lead it to glory in this exciting single player mode.