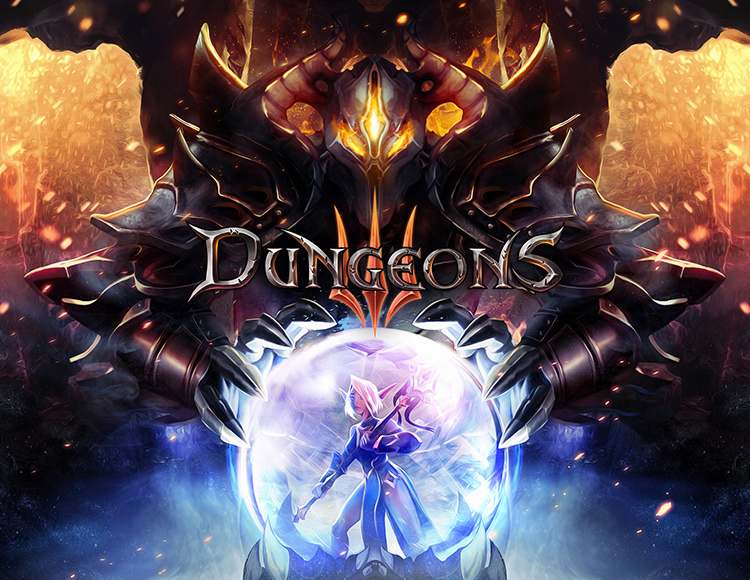 After payment you will receive a link where you can get a license key for the game Dungeons 3 from the official supplier - the Buka company, for activation in the STEAM system.


Description:
Finally, the Lord of the Underground managed to unite under his command all the powers of darkness and establish an evil empire. The time has come to take the next step - to expand the boundaries of their possessions!

The Dungeon Lord lured the Dark Elf Priestess, Thalia, to her side, making her his chief assistant. Nothing can prevent the ruler of the dark kingdom from managing the operation to conquer the upper world. Waist will be led by the combined forces of evil, once and for all put an end to the miserable adepts of good living on earth!

Unleash your dark side and sophisticated imagination - create a unique realm of evil, consisting of gloomy dungeons, treacherous traps and devilishly advanced infrastructure. Combine under your banners countless hordes of evil spirits - orcs, succubi, zombies and other no less disgusting creatures. Leave the gloomy dungeons and rush into the light, bring down all the crushing power of your army to miserable people and their sweet-hearted heroes. Do not forget, this time, for the first time in the history of the Dungeons series, levels are randomly generated, which means that each new campaign against the forces of light will not be like the previous one!

Of two evils ... You don’t have to choose. Dungeons 3 is the most anticipated dungeon simulator. The most ambitious, detailed and full of anger simulator of the kingdom of darkness, seasoned with a redesigned strategic regime.
Love is evil ... I have to love the new leader. Under the command of Thalia, the forces of darkness are ready to step out and crush the enemies.
Evil is not enough ... Be sure this time it is abundant - a large-scale single-player campaign (20 missions and more than 20 hours of gameplay), arbitrary generation of levels, a new cooperative mode for two and many other innovations.