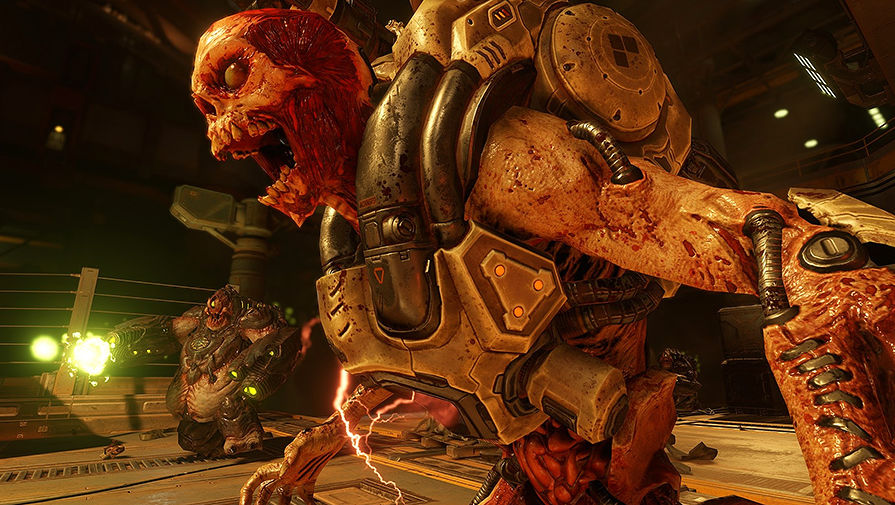 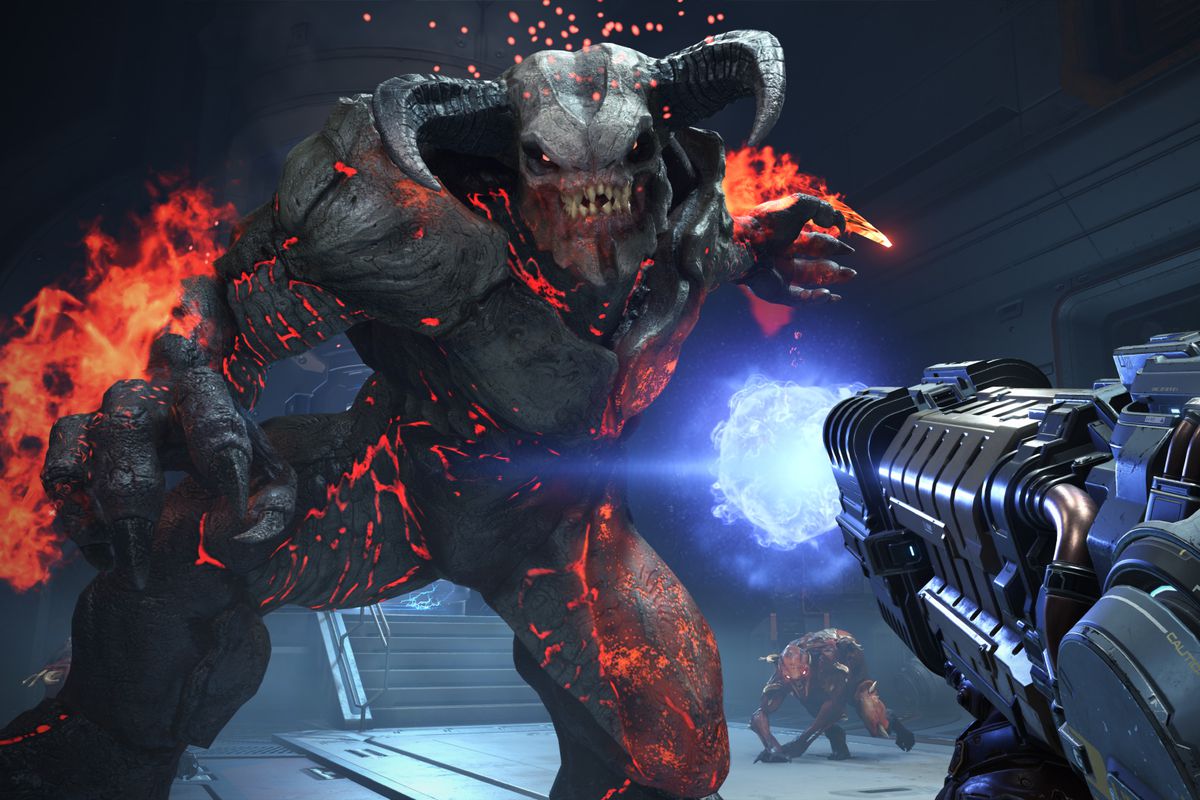 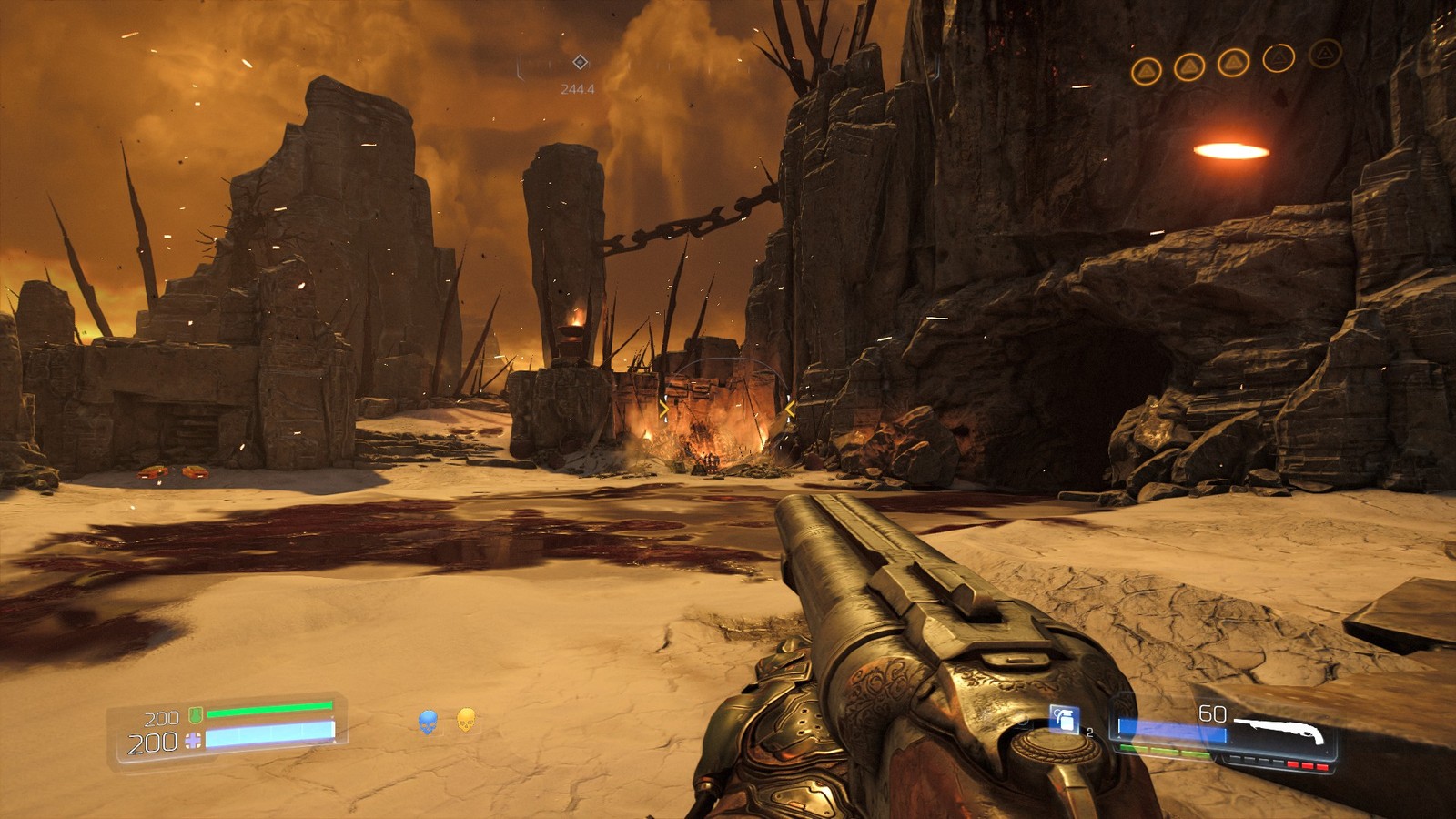 =======================================
The game´s developer is id Software studio, which laid the foundations of the first-person shooter genre and created the deathmatch network game mode. The famous DOOM returns in the form of a ruthless, complex and exciting modern shooter. Relentlessly cruel demons, incredible weapons and impetuous movements make the fights rich and memorable in the single-player campaign, where you have to plunge into the depths of the underworld, and in numerous multiplayer modes. The included DOOM SnapMap editor makes it easy to create your own levels, test them and share with other DOOM fans around the world.

You know why you came here. The huge research complex of the United Aerospace Corporation on Mars was captured by cruel and merciless demons, ready to conquer our world, and only one person stands in their way. You are the lonely infantryman of DOOM, the last hope of humanity. You must destroy them all.

• Ruthless campaign. You have no time to seek shelter or wait until health is restored. You must at all costs restrain the onslaught of the raging creatures of hell. It offers a whole arsenal of weapons, both futuristic and familiar from previous games in the series, a lot of improvements and techniques of hand-to-hand combat, which will allow you to knock down enemies from your feet, chop them up, trample them, crush and tear them into pieces in many bloody and inventive ways.
• Network game in the best traditions of studio id. Defeat your opponents in the fast-paced battles in the arena that have become the hallmark of the DOOM series. Both usual and new multiplayer modes are waiting for you: destroy enemies with the help of fast reaction, powerful weapons, movement in the vertical plane and unique bonuses that will allow you to turn into one of the demons
• Unlimited possibilities. DOOM SnapMap - flexible, but at the same time easy to use level editor and game modes - will make the game infinitely diverse, regardless of which platform you play. Even an inexperienced player can quickly and easily design his own levels, use existing game modes or create new ones.

1.You need to download and install Steam http://steampowered.com/download/SteamInstall.msi (if not already installed)
2. Start the Steam client
3. Create a new account on Steam or go to an existing one
4. Go to the "Games" section and select "Activate on Steam"
5. Enter your activation key purchased by you
6. After that, the game will appear in your list of games and it can be installed

ATTENTION! Before buying, please check the system requirements of the game and other parameters that interest you (they may change over time). This can be done on sites Steam / Uplay / Origin or the official website of the publisher. Products purchased by mistake, as well as unsuitable to you according to system requirements or region of activation, can not be returned and exchanged!

Dear customers! We kindly request, in the event of any problems with the purchased goods, do not immediately leave a negative review. Write us a message in the correspondence (purchase page on the site Oplata.info). We will try to respond to your message as soon as possible and solve the problem promptly. We draw attention to the fact that the reason for the exchange or return of the purchased key (key), which gives an error upon activation, can only be the VIDEO RECORD of the purchase process and the subsequent attempt to activate it (the prerequisite is that the record should not contain any signs of editing).