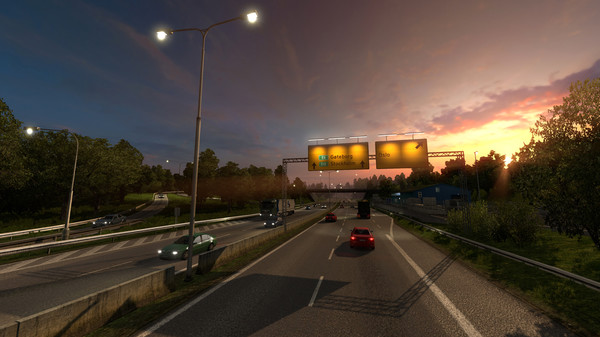 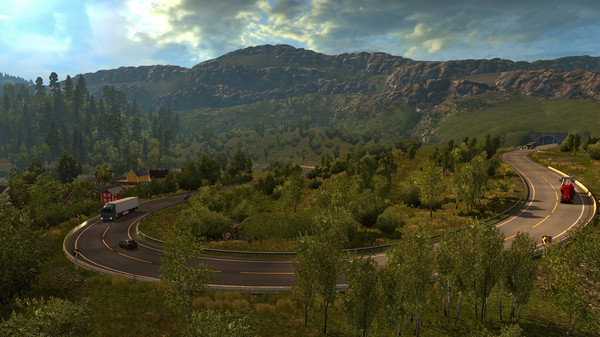 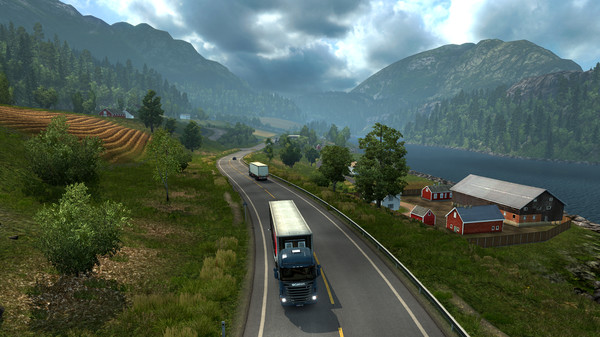 Uploaded: 17.02.2021
Content: text 17 symbols
Loyalty discount! If the total amount of your purchases from the seller SOFT-KLUB more than:
If you want to know your discount rate, please provide your email:

You buy the official activation key add-on Euro Truck Simulator 2 Scandinavia. After the first purchase you receive a discount on all subsequent purchases of our products.

Meet the biggest and most exciting addition to the game Euro Truck Simulator 2. Sweden, Norway and Denmark are represented on the new map with thousands of kilometers of scenic roads and many attractions that you should definitely look at in these beautiful Scandinavian countries. With the new ferry terminals, you can go to the coastal cities, and on new sea routes - to the ports of Germany, Poland and the UK. Visit 27 Scandinavian cities such as Stockholm, Malmo, Gothenburg, Oslo, Stavanger, Bergen, Copenhagen, Aalborg and Esbjerg ...

Improved display of weather and daily cycles.
A new approach to modeling maps and drawing vegetation.
27 new cities and ports, which are often larger and more developed than the main directions on the map. There will be both recognizable roads and attractions - each country is unique in its own way.
The incredibly diverse Scandinavian nature: southern forests, fields and lakes will be replaced by the northern highlands with rocks, cliffs, mountain valleys and extended winding tunnels (inside which sometimes there will even be crossroads).
Deliveries of more than 80 types of cargo for new industries - food, equipment, building materials and bulk goods.
12 ferry terminals and a few new ones on the rest of the map, as well as 2 large container ports, all in the real Scandinavian regions, which are famous for their logistic network.
New trailer models, such as semi-trailers for transporting trucks and livestock.
Even more diverse traffic on the roads.
Visit the Scania and Volvo factories and deliver new trucks to dealers all over Europe!

Key Activation:
1. You need to download and install Steam http://steampowered.com/download/SteamInstall.msi (if not already installed)
2. Register a new account on Steam or go to an existing one.
3. Go to the "My Games" section and select "Activate via Steam" and enter the key received immediately after the payment.
4. After activating the game will appear in the list of games