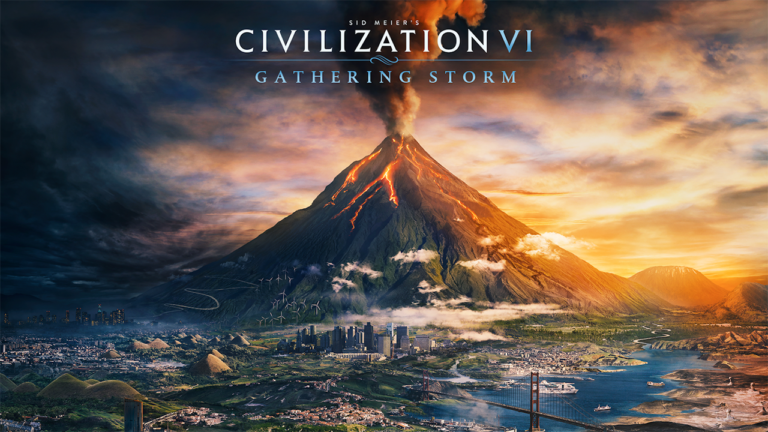 Uploaded: 17.11.2020
Content: text 17 symbols
Loyalty discount! If the total amount of your purchases from the seller SOFT-KLUB more than:
If you want to know your discount rate, please provide your email:

You are buying the official game key of the Civilization VI: Gathering Storm add-on from 2K, Aspyr

ADDITIONAL FEATURES:
- NATURAL PHENOMENA: volcanoes, storms (snow and sand, tornadoes and hurricanes), climate change, floods and droughts.
- ENERGY AND CONSUMPTIONS: Strategic resources have a special role in the Gathering Storm expansion: they now serve as fuel for power plants and are used to generate electricity in cities. First, you will provide buildings with energy, burning coal and oil products, and then modern technologies will open up access to renewable energy sources. The choice of energy sources directly affects the temperature of the planet and can lead to melting polar ice caps and rising sea levels.
- ENGINEERING PROJECTS: change the world and conquer nature. Build canals, dams, tunnels and railways. When laying new cities, keep in mind that coastal lowlands can be flooded. On the other hand, at the final stage of the game, new technologies (for example, sea dams) will help protect the coast from the elements.
- WORLD CONGRESS: Let your voice be heard by the whole world. Earn diplomatic approval by forging alliances, influencing city-states by participating in the World Games. Use diplomatic approval to coerce other rulers into action, vote on resolutions, call extraordinary sessions of Congress to deal with crises - and strengthen your position on the path to diplomatic victory.
- TECHNOLOGIES AND SOCIAL INSTITUTIONS OF THE XXI CENTURY: a new era has appeared in the tree of technologies and social institutions. Technologies of the future will help you survive natural disasters, for example, marine settlements and methods of capturing atmospheric carbon.
- NEW LEADERS AND POWERS: Added nine leaders and eight powers. Each leader and each civilization has unique advantages and a different playstyle. Also, the game will have nine unique units, four buildings, three improvements, two districts and one governor.