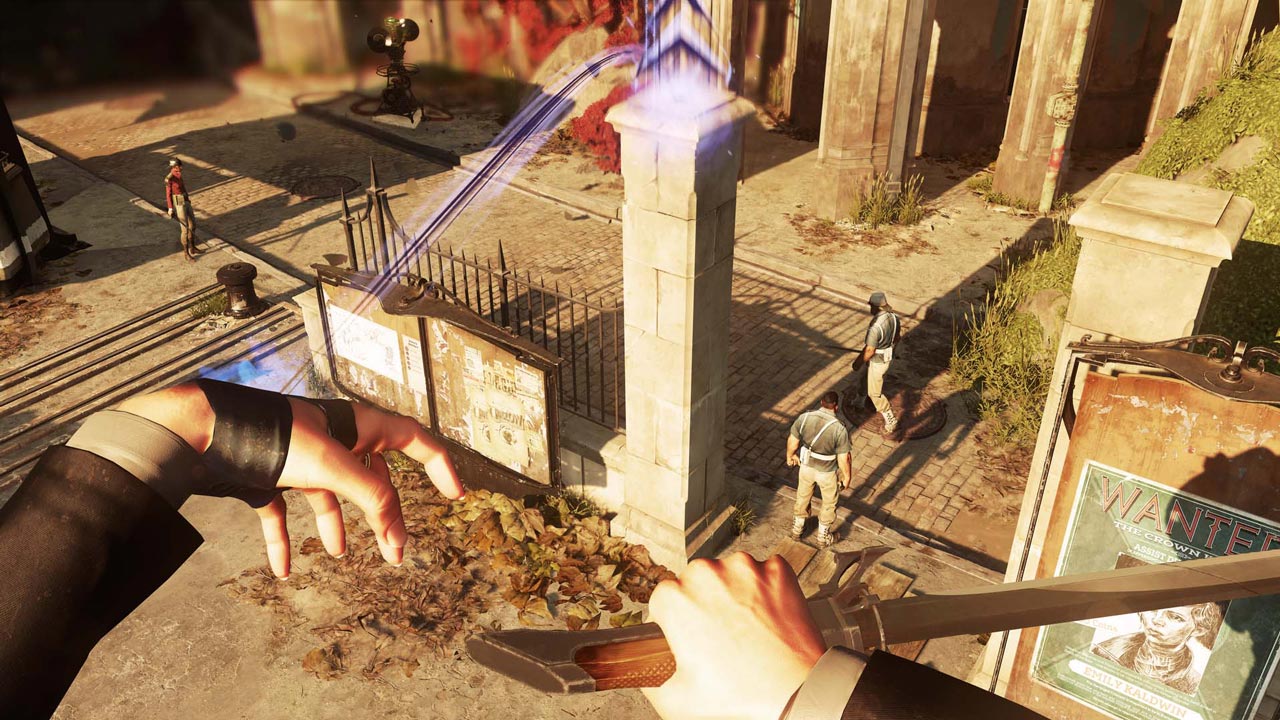 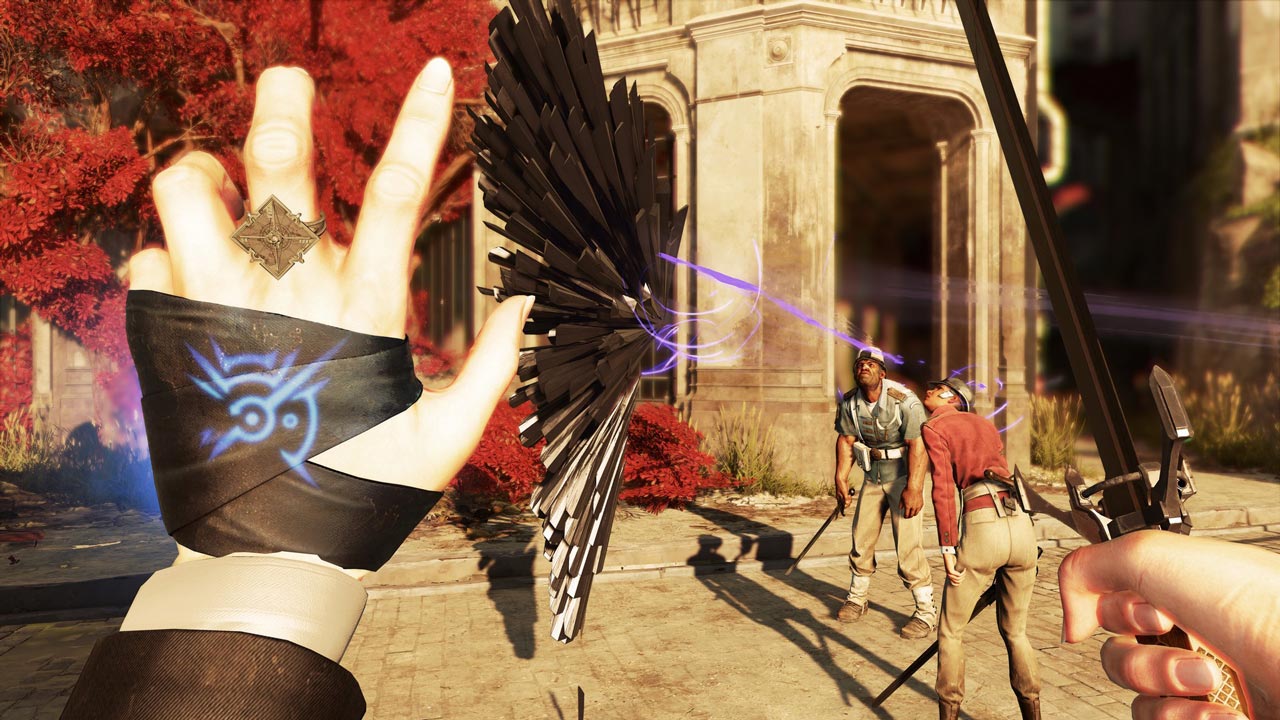 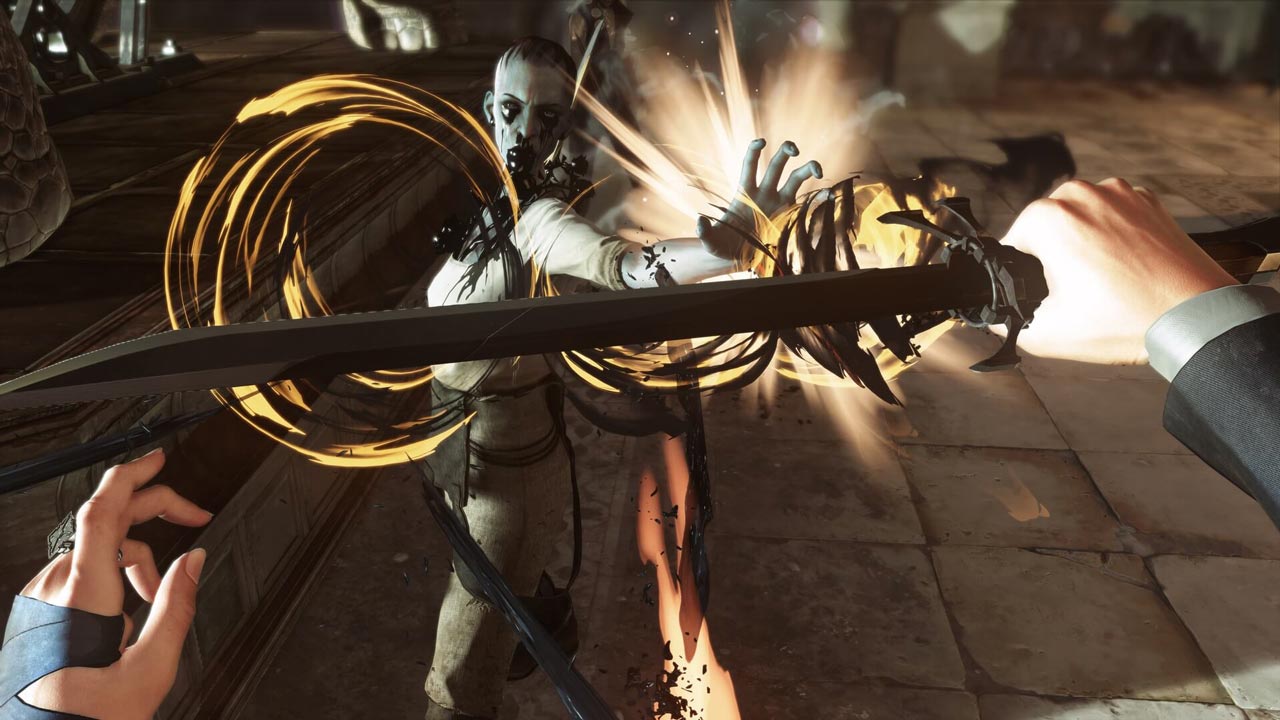 
DESCRIPTION:
Immerse yourself in an amazing world in which mysticism and technology live hand in hand. Decide who to play for: for Empress Emily Coldwin or for the protector of the crown, Corvo Attano. Choose your style: complete the game without getting caught by anyone, using the entire arsenal of killer tricks or combining both approaches the way you like. Find a unique combination of abilities, weapons and equipment that makes it easy to destroy enemies. The game responds to your every decision: depending on your actions, each task may have a different outcome.

The game Dishonored 2 takes place fifteen years after defeating the Lord Regent and getting rid of the terrible rat plague. An unusual enemy took the throne from Empress Emily Caldwin, and a dark shadow of evil doom hangs over the Islands. The Alien’s Mark and your new abilities will help you track down your enemies and return what is rightfully yours.

KEY FEATURES:
• Assassins: Emily Coldwin and Corvo Attano are fully voiced - they react to what is happening and give their assessment of the events in the game. Use supernatural powers, technical devices and unique weapons that are right for your style of play: you can break through the city with battle, destroying everyone who gets in your way, or silently move around the roofs
• Supernatural Forces: a deep system of creating bone amulets and completely new improvements will allow you to customize your strengths and abilities the way you want. Become a living shadow and silently pursue your goal. Unite your enemies so that they share a common destiny, or immerse them in a trance and take control of their mind. Combine different abilities with different types of weapons, decide where it is better to join the battle, and where to avoid an open collision: the number of options is almost limitless, the choice is yours
• Vivid Game World: the gloomy streets of Danwall, teeming with rats, the blooming coast of Karnak ... The best authors of Arcane Studios have created truly unforgettable locations. The world of the game can be considered one of its full-fledged heroes: it has its own story, its own unique look, and there are many incredible, vivid characters in it. But the most important thing in it is the place where the main action takes place: for example, you have to visit the dusty quarter destroyed by the storms and the madman’s mansion - in a house with moving walls, deadly traps and watch soldiers´ cars
• Void engine: the beauties of the world of Dishonored 2 come to life thanks to Void Engine technology, based on the id Tech graphics engine, redesigned by Arkane Studios programmers. The Void Engine meets the highest requirements of the modern electronic entertainment industry and fully utilizes the full power of the current generation of graphic technologies, which has made it possible to improve absolutely all gaming systems: the behavior of artificial intelligence, processing of light and shadow, elaboration and filling of locations, as well as plot presentation methods