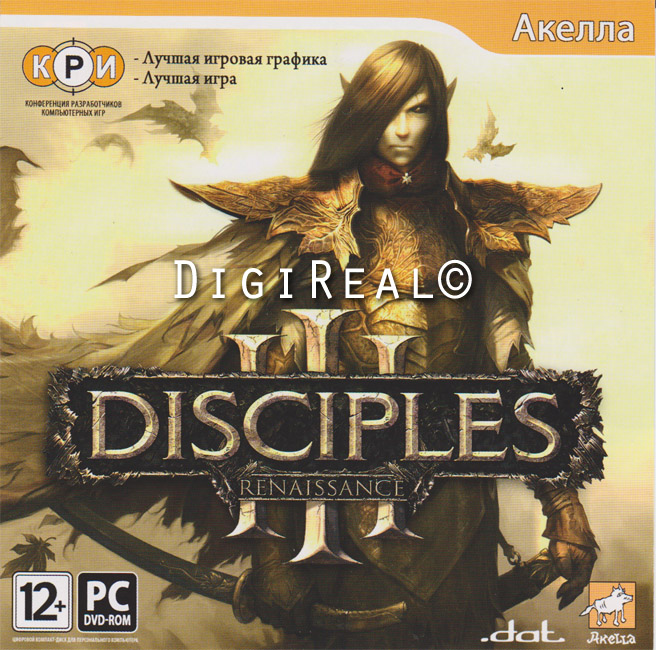 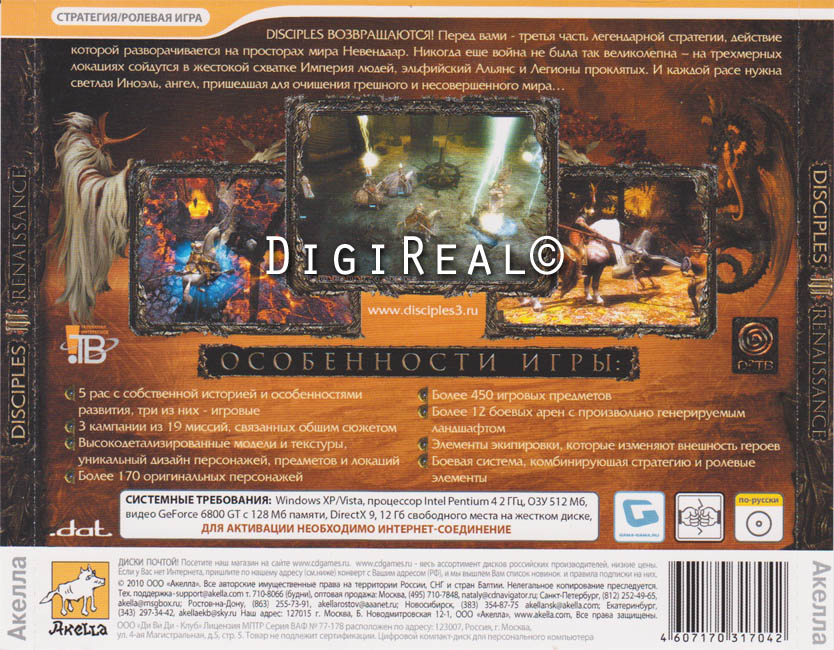 Instant delivery!
The license key activation of the box with the game Disciples 3: Renaissance of the company "Akella".

Continuation of the legendary project, is considered one of the best in the genre of turn-based strategy. Disciples III: Renaissance - a beautiful fantasy world inhabited by terrible monsters and brave heroes. Not deviating from the canons of turn-based strategy game brings many innovations to the genre, giving the opportunity to feel the real leader of magical armies.

In Disciples III: Renaissance will be available three player races: Empire, the Legions of the Damned and the Elven Alliance. Each of them has its own heroes and characters, whether it warriors or mages, as well as the original tree structures. The game is fully three-dimensional: Instead of static pictures are waiting for you detalizovannye 3D models of cities and warriors. Menu construction has also changed. When selecting the building displays a list of its improvements, determining the development path of the warrior. Besides all this, players will be presented entirely new combat system.

Features:
• The original fantasy style world Disciples in a realistic performance.
• 5 races with its own history and peculiarities of development, 3 of them - gaming.
• 3 out of 19 campaign missions involving overall plot.
• Highly detailed models and textures, the unique design of the characters, items and locations.
• Advanced role system with an extensive set of personal settings, like heroes, and ordinary soldiers.
• Powerful graphics engine supports the latest technologies.
• Over 170 unique characters.
• Over 450 game items.
• More than 80 spells.
• Over 12 battle arenas with randomly generated landscape.
• The combat system that combines strategy and role-playing elements.
• A huge number of various items of equipment, greatly transforming appearance heroes.

Note: The key can not be activated in the Steam!

As well as many other games and not only can be found here
http://digireal.plati.market