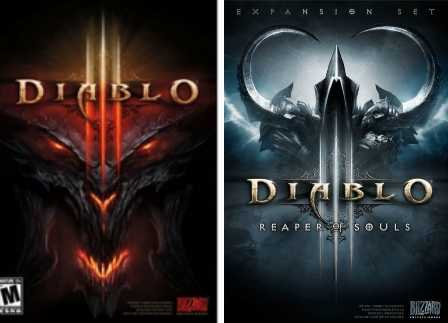 The plot of Diablo has always been a classic theme: the struggle between good and evil in the world of mortals, the weak people who somehow managed to survive amidst the chaos and suffering. In Diablo III, this story will be developed at a qualitatively new level, and players learn about the sanctuary of lot, which were previously discussed only in hints.

In the story of Reaper of Souls was the fallen angel Malthael, who equally hates people and demons and wants to destroy them all with his Legion of angels of death. Stop the villain would help a new hero: the Crusader.
In addition, great attention is paid to the improvement of key elements of the games of Diablo: more randomly generated maps, new quests, and terrible monsters; significant changes of production — new and improved multilevel legendary items of different levels, new opportunities to create items at the blacksmith and jeweler and much more.

Register an account on the service Battle.net or enter the existing one;
Go to "Account" and choose "Games and codes - Use a code" and enter the key received immediately after payment;
After the game appears in the games list and you will be able to download it.