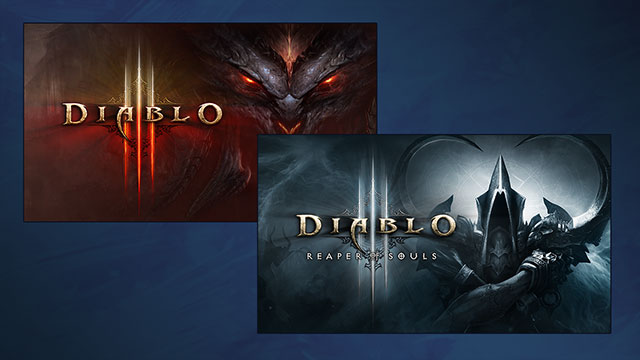 ** !! ATTENTION !! ** After purchase, you can get 2 random (random) activation keys for games on Steam absolutely free.
JUST LEAVE A POSITIVE FEEDBACK for the product with a request to send a bonus!

After paying for the order, the system will automatically (without our participation) instantly send you a link to your game’s official activation key: Diablo 3 Battlechest for activation on the Battle.net platform

The composition of the Battlechest edition is 1 key to activate both editions:
- Diablo 3 and
- Diablo 3 Reaper of Souls

About the game:
Twenty years have passed since the events when the hordes of the undead filled the entire Sanctuary, the commanders of which were Diablo, Baal and Mephisto. Most residents have already forgotten about those terrible days, but those who participated in this great battle still remember all the similarities of past days.

Deckard Cain returns to the ruins of Tristram Cathedral. And not just coming back - he is in search of knowledge that can help him defeat Evil. And the very harbinger of the Apocalypse descends to the very place through which Diablo entered the world. Of course, the heavenly flame awakens the ancient Evil, and now the heroes of Sanctuary are obliged to protect ordinary mortals from the forces of Evil.

Game Features:
Fans of the series will finally explore the long-awaited three-dimensional world of Diablo, and beginners will be able to penetrate the dark Gothic atmosphere.
Which of the five heroes do you choose? At your service - a demon hunter, a monk, a sorcerer, a barbarian and a sorcerer.
Now the Battle.net platform has been significantly modernized, which means that the multiplayer game has become not only more convenient, but even richer and more dynamic.
You can not only bravely fight in battles, but also set traps, use trees as a shelter and throw various objects at your opponents.