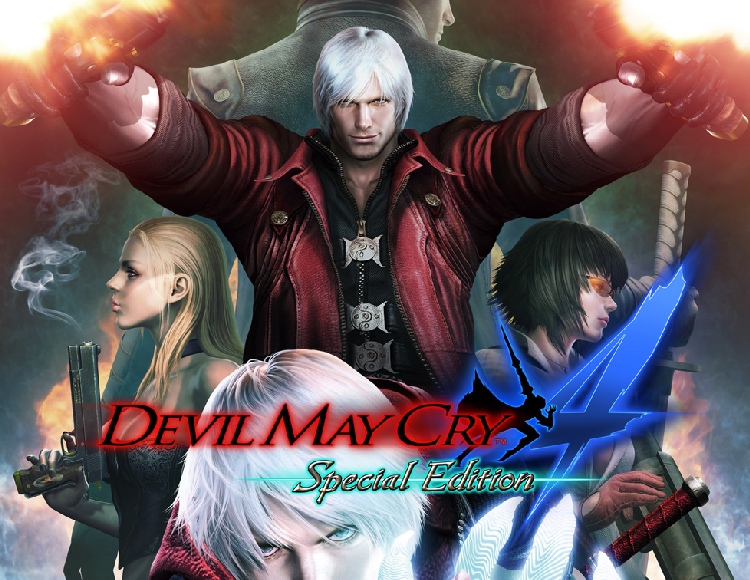 After payment you will receive a link where you can get the license key for the game Devil May Cry 4 - Special Edition from the official supplier - the Buka company, for activation in the STEAM system.

1. You need to download and install Steam http://store.steampowered.com/ (if not already installed)
2. Register a new Steam account or log into an existing one.
3. Go to the "My Games" section and select "Activate via Steam", enter the key.
4. The game after activation appears in the list of games and you can download it from Steam.
5. Enjoy the game.


Description:
Check out the alternate story of Dante, the demon killer.
In 2015, Capcom publisher and development company released the fourth, most original of all in the series, the Devil May Cry part.

The game “Devil May Cry 4 - Special Edition” turns the familiar legend upside down, changing the places of heroes and villains. The classic, non-special version of the game was released in 2008 and won 2nd place in the Action of the Year nomination from Igromania magazine.

In the small Gothic town of Fortune, Sparda ruled, a powerful demon who saved humanity in the past from the forces of evil. The Order of the Sword served as a guardian of Sparda, until one day Dante, the rebellious son of the demon and human woman Eve, burst in and destroyed all the soldiers of the Order, opening the passage to the forces of evil to the city.

Only the young fighter Nero, together with his beloved and friends, can prevent the demons from penetrating the human world and commit atrocities in it. He makes Dante run away, but does not even realize that the darkness did not come with Spara’s insane offspring, but long before his appearance ...

Key features of the game "Devil May Cry 4 - Special Edition":
Now you can play for new characters. Hot-tempered Nero or the cold-blooded Dante? Or maybe you choose Virgil, strong and skillfully handling any weapon? Or the beautiful Lady, with guns and a rocket launcher? And as Trish you will discover the incredible powers of the sword of Sparda, who is able to kill enemies without the intervention of his mistress!
The “Dark Knight” mode of increased complexity will present minutes of fierce battles for life, which no fight can be compared to from the previous parts of the franchise.
Destroy enemies not only efficiently, but also gracefully. The more beautiful the death of the demons surrounding you will be, the more points you will get!