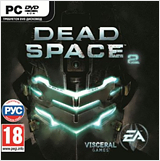 Nordic_Media information about the seller and his items
offlineAsk a question

Dead Space 2 - the second part of the action in the genre of sci-fi survival horror, won recognition among fans of video games and was awarded the highest ratings by both Russian and foreign gaming press.

Three years after the terrible events that happened on the ship "Ishimura". Coming out of the coma, the hero finds himself in space city known as the Megacity. He - the only survivor in the first encounter with a race of merciless alien, and now it is waiting for the next nightmare. Trying to cope with their own madness, tormented by terrible visions of his dead girlfriend, pursued by the Government, Isaac must once again do the impossible - to save the city from the Necromorphs and survive. But this time he is ready to meet any danger, he is more experienced and much better armed - now he is able to catch up with Isaac horror on enemies.