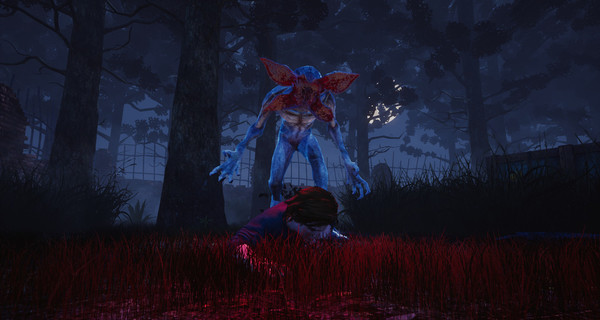 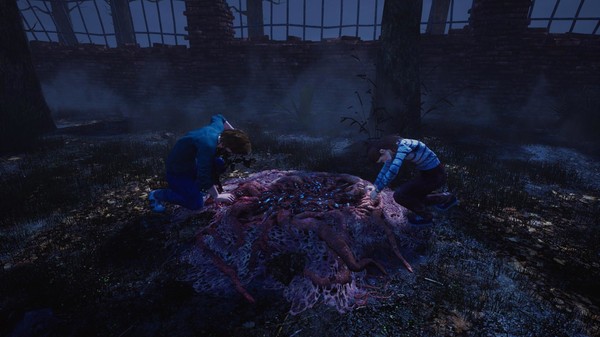 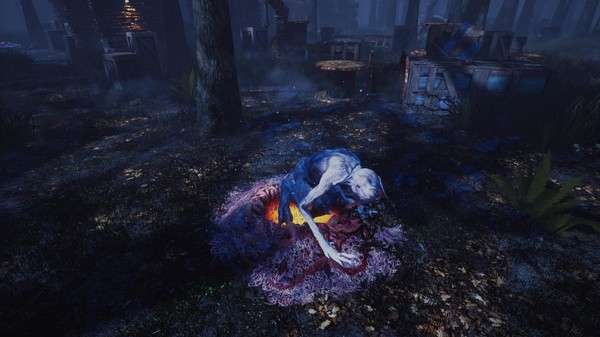 Uploaded: 29.11.2021
Content: text 17 symbols
Loyalty discount! If the total amount of your purchases from the seller HyryGames© more than:
If you want to know your discount rate, please provide your email:

HyryGames© information about the seller and his items
offlineAsk a question

Stranger Things is a brand-new Chapter for Dead by Daylight. The Stranger Things Chapter includes a new map, the Underground Complex, located below the Hawkins National Laboratory. A Demogorgon is the new untamable Killer. Against the Demogorgon stands not one, but two new Survivors: Nancy Wheeler, a tough aspiring journalist, and Steve Harrington, a former high school jock with a knack for finding trouble. The Stranger Things Chapter also features two exclusive cosmetic items: Steve’s Scuffed Rolled Sleeves and Nancy’s Torn Sweatshirt.

It was the early 1980s, a time of cold war experiments and naive fascination, a time of stranger things. In the small town of Hawkins, Indiana, covert experiments were being conducted. When an inter-dimensional gate was accidentally opened at the Hawkins National Laboratory, an army of creatures with long, curved claws and gaping faces that bloom like horrific flowers was unleashed. These creatures were labeled “Demogorgons” by a group of local kids who encountered them.

Nancy Wheeler’s knack for investigative journalism first emerged when she brought down a secret government organization in Hawkins following the disappearance of her closest friend, Barb. Her being fired from the Hawkins Post during the summer of 1985 has not dissuaded Nancy from chasing leads...

Formerly a popular jock, Steve Harrington, is struggling to find his place in Hawkins now that high school is over, and his old friends moved away to college. Since then, he’s spent his time scooping ice cream at the mall, flirting with girls, and cracking secret Russian codes. With the help of his friends Dustin and Robin, Steve is carving out a new identity for himself and learning what true friendship really means. It’s this newfound loyalty to his friends that compels Steve to come to the aid of his ex-girlfriend, Nancy when he suspects she might be in terrible danger...