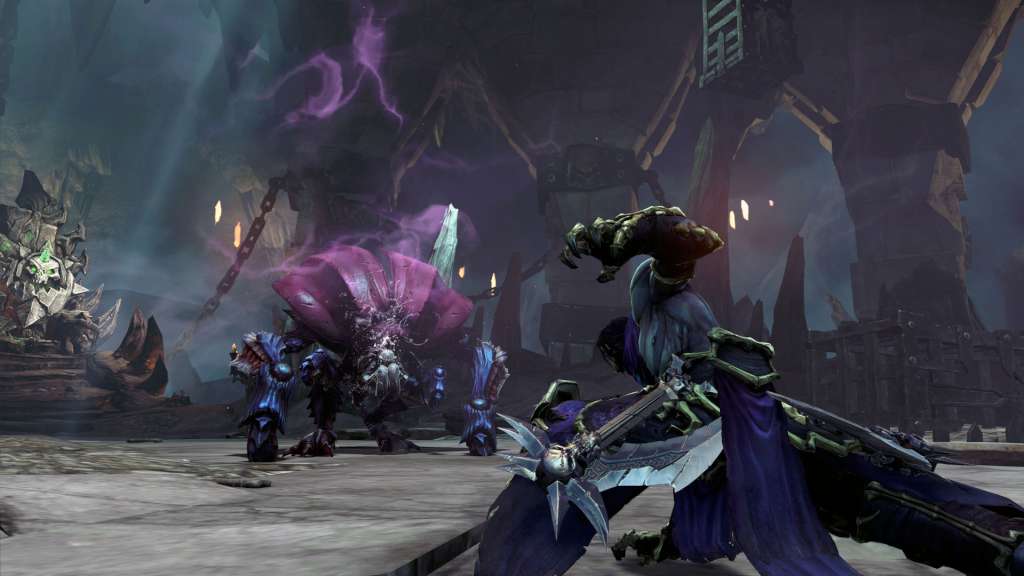 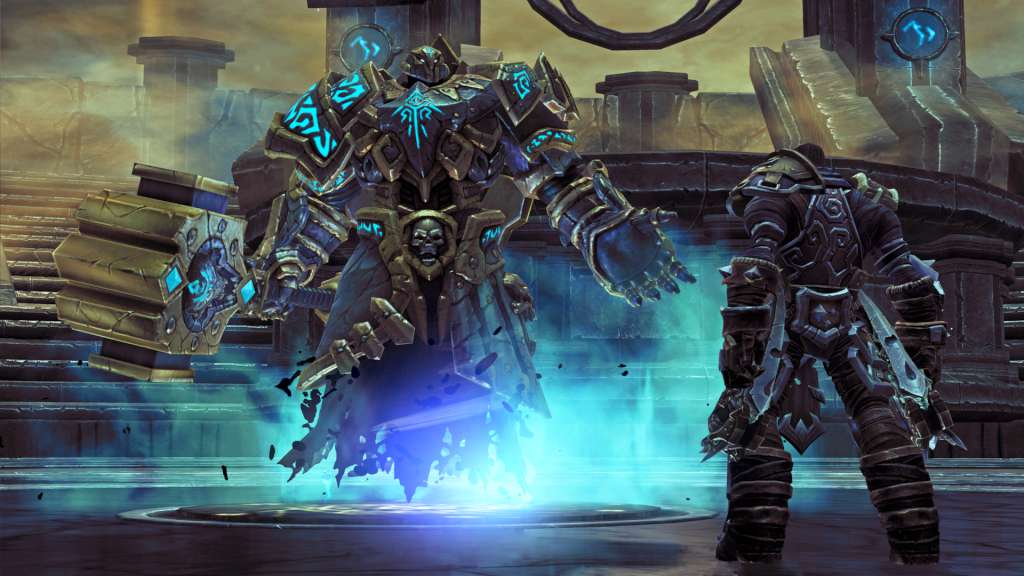 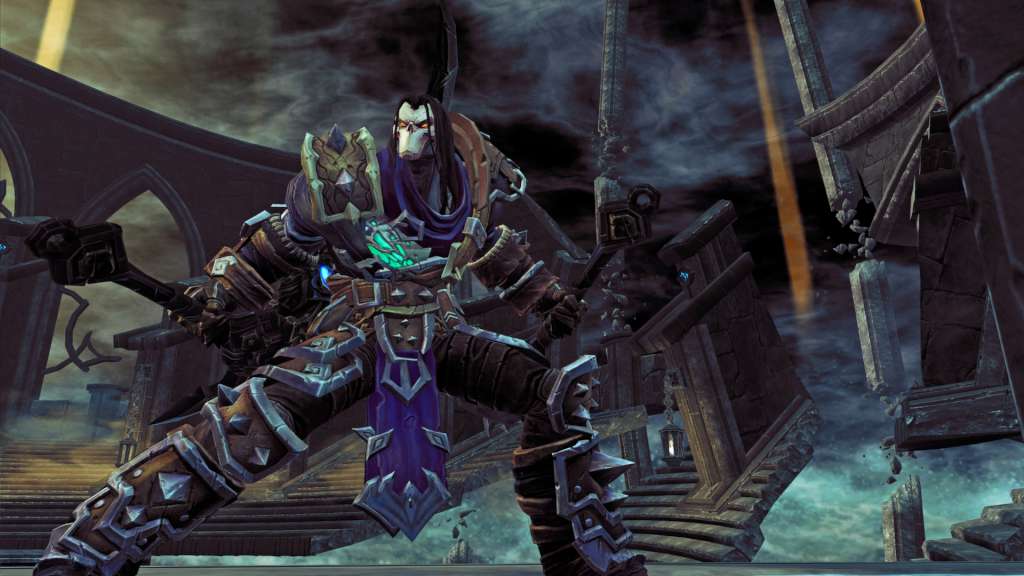 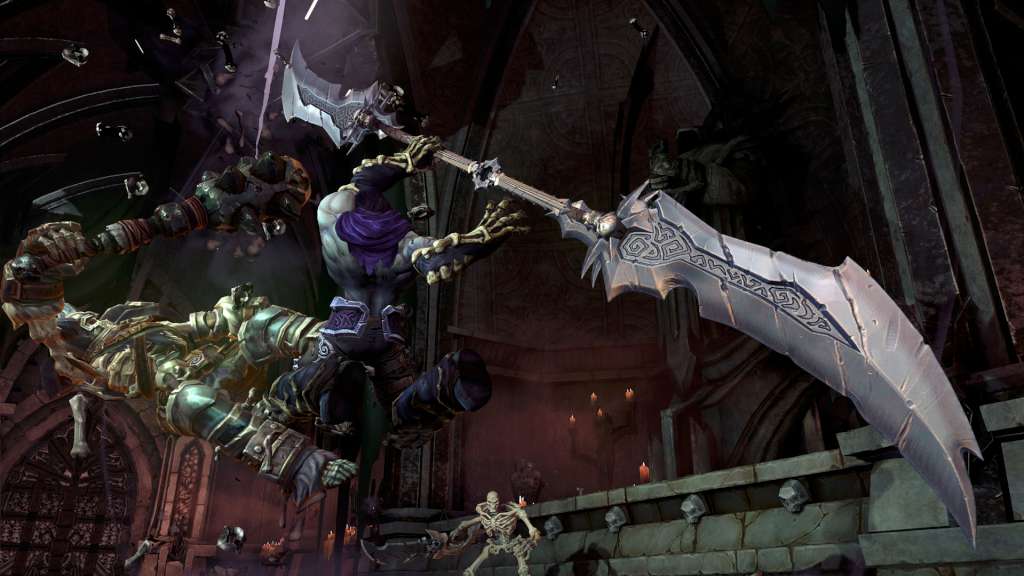 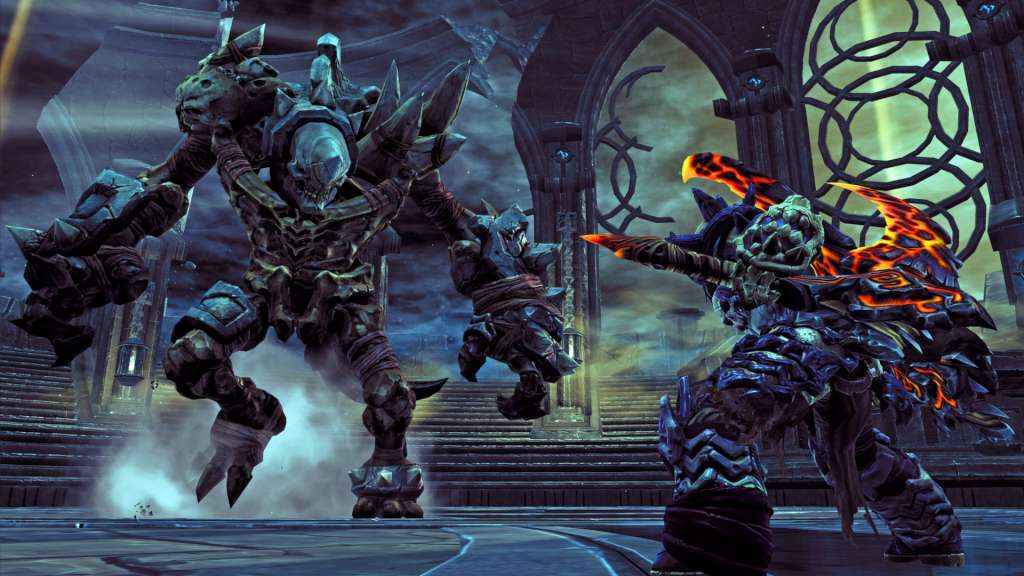 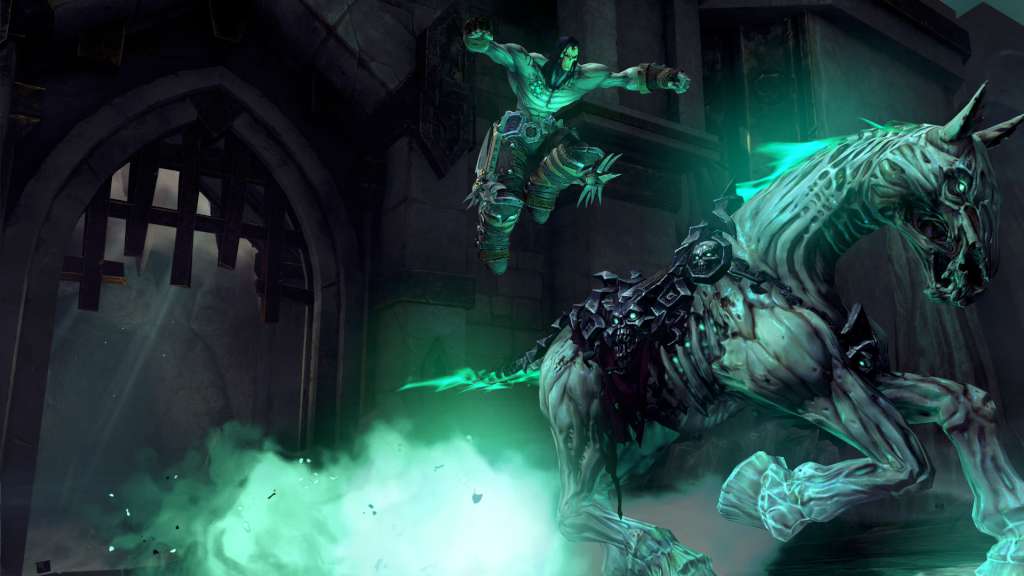 After payment you will receive an activation key for the game DARKSIDERS 2 Definite Edition.

The worst of the legendary horsemen of the Apocalypse has awakened - Death sets off on a journey to restore humanity and clear the name of the brother of the War (the hero of the first part of the Darksiders game).

After the War was condemned and sent back to Earth by the Carbonized Council, the Council informed the other three horsemen of its fate. Horseman Death, knowing that his brother is the most honest and incorruptible of the four, and would never have started the Apocalypse ahead of time, is furious.
Realizing that the War was the victim of a conspiracy, Death ignores the Council’s prohibition and goes to the Lower Kingdom, a place between Paradise and Hell, to speak with the powerful creatures ruling there.

With the change of character in Darksiders 2, the style of the game will also change. Death does not like to go ahead, like War. Fast, swift attacks look natural amid a complete lack of blocks in battle. Death simply dodges the blows it inflicts in order to mortally counterattack!

Geography of the Apocalypse

The first Darksiders was a game with extensive locations. And Darksiders 2 will become more - much more! And all locations will be completely unique from each other, differing not only in the landscape, but also in its inhabitants. You will have the opportunity to visit Death in the kingdom of the dead!

The skills and abilities pumped throughout the game will allow you to create your own unique hero, unlike any other. To just try out all the skills offered for leveling, you need to complete Darksiders 2 at least 3-4 times!

* distribution of BONUS shall be made within 48 HOURS after writing the review.
The bonus will be sent to You in CORRESPONDENCE WITH the SELLER(in the CORRESPONDENCE tab on the order page Oplata.info)

ATTENTION ! THE GIVEN KEY TO ACTIVATE IN STEAM

> If you have not installed Steam client, download and install it .
> Log in to your Steam account or register a new one if you don´t have one.
> Select "Activate via Steam..." in the "Game"
> Enter the activation key (to obtain it, you must buy Nether ).
> Then the game will appear under "Library" and you can download